Peter Bogdanovich on How TV Grew From Rio Bravo, Orson Welles and Making What’s Up, Doc? on a Dare 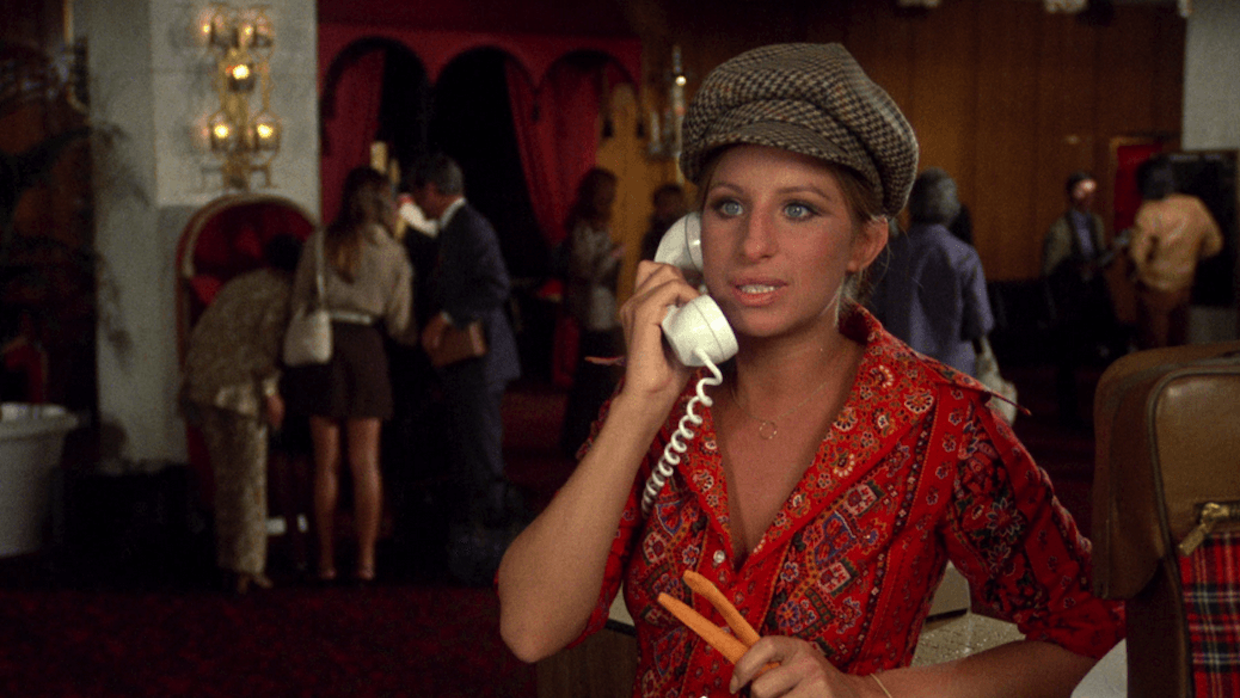 Barbra Streisand in What's Up, Doc?

by Jaime Christley
in Directors, Interviews
on Oct 5, 2018

Orson Welles, Peter Bogdanovich, The Great Buster, The Other Side of the Wind

Having now completed the long journey from upstart/wunderkind to venerated elder statesman, Peter Bogdanovich has amassed a lengthy CV that includes a celebrated career directing pictures, an early post programming films at the Museum of Modern Art, teaching, writing and, not unlike his mentor, Orson Welles, taking up the odd acting job.

His contribution to the cinema in 2018 was twofold. First, he made the documentary The Great Buster, an interview-heavy appreciation of the pantheon silent filmmaker, Buster Keaton. His other project this year was, by design, one that required vigilant self-effacement—that’s the long-awaited post-production and release of Orson Welles’s The Other Side of the Wind. The legendary director, who passed away in 1985, gathered shooting days in catch-as-catch-can fashion, as he once did with Othello and other projects, stretching principal photography across a half decade in the 1970s. He also edited most of it to his satisfaction—to hear it told, advocates and interested parties represent that The Other Side of the Wind was nearly completely edited.

Along with a crack team of editors, sound mixers, and legendary composer Michel Legrand, The Other Side of the Wind was shepherded to picture lock. A distribution deal with Netflix was forged. The movie premiered in Venice, and, last week, New York City. Bogdanovich, now 79, has once again been pressed into service as promoter, Q&A panelist, and interview-giver, not only for the two movies, but for a career retrospective at New York’s Quad Cinema, where The Great Buster opens today along with a Keaton retrospective. He’ll again be feted later this month, at the Lumiere festival in Lyon, France. I stole a few minutes of Bogdanovich’s time as he prepared to make the flight from Los Angeles to New York.

Filmmaker: I want to talk about your book, This is Orson Welles. To me, it’s one of the three books I’d require anyone to have in their film library. In some of the interviews with Welles, he asked you to redact some comments. Can I ask about those?

Bogdanovich: He didn’t want me to publish some of the critical remarks he made about his colleagues. For example, Richard Brooks, who he mentored. Orson had wanted to make a film of Joseph Conrad’s Lord Jim. And the movie that Brooks had made upset him, he thought it was terrible. The opening scene of the book is one of great calm. But as Orson tells it, “It was changed to a storm at sea! Can you imagine the vulgarity of a mind like that? If I was police commissioner of the world, I’d put Richard Brooks in jail for what he did to Lord Jim!” He asked me to cut all that.

Filmmaker: He made critical remarks about other directors, and didn’t mind having those printed. Antonioni, for one.

Filmmaker: Do you find getting pictures made to be more difficult now?

Bogdanovich: It’s never been easy! You just have to make a hit. These days there’s all these steps you have to go through, on your own. You have to get actors to agree to do it. In the old studio system, it was simpler because you’d be under contract. And I’m getting older, that’s part of it. I do have a few pictures I’d like to make. One’s a ghost story called Wait For Me. Frank Marshall’s going to produce it, we’re discussing actors. And I’m looking at another property, seeing about the rights. It’s kind of an action thriller.

Filmmaker: It’s some cosmic joke that respectability seems to have skipped a medium – leaping past cinema and landing on television. There’s a lot of writing by critics and journalists who habitually talk about television in glowing terms that’d be almost unimaginable when discussing movies.

Bogdanovich: A TV show is just a movie on a smaller screen. The quality of the material, the subject matter, is much more interesting, generally speaking, than in today’s movies. When I interviewed Howard Hawks, I wanted to ask him about Rio Bravo, and at the time, daytime television was becoming immensely popular. And what he told me he noticed is that TV viewers tuned in more for the people than the story. So that’s how he decided on how he’d make Rio Bravo about the people, not the story. The story is simple: a guy’s in jail. Other guys want to get him out. And I’m not saying TV is Rio Bravo, but there’s a continuation from the earlier form, where viewers will tune into a series because of the people in it, not necessarily the story.

Filmmaker: In TV criticism there’s a fixation on the present, as well, almost as if there’s a line drawn at the late 1990s. There’s that phrase that’s used as a standard for contemporary TV: “the golden age of television.” I often wonder, what about Dragnet and Ernie Kovacs?

Bogdanovich: That was the first golden age!

Filmmaker: Exactly! We should be calling this the silver age or the bronze age. So, you’re getting ready to head over to New York for the retrospective at the Quad Cinema?

Bogdanovich: I guess so, yeah. Between that and The Other Side of the Wind, I’m lined up for all these Q&A’s, I don’t know how I’m going to survive all of them.

Filmmaker: Let me ask you this: if someone’s just getting started with your movies, is there one, vanity aside, that you’d recommend first?

Bogdanovich: My favorite film of my own, I’d have to say, is They All Laughed. It’s enormously personal to me, for a lot of reasons. And I loved my cast in that.

Filmmaker:: It’s an incredible cast. Last year I watched What’s Up, Doc? and I didn’t have any idea that I’d like it. I’d been misinformed that it was somehow heavy or mannered, but it’s just the opposite, it’s a great homage to the legendary screwball comedies, both in spirit and letter.

Bogdanovich: I like that kind of film, the romantic comedy. And it was the most successful film of my career, in terms of box office. It was made on a dare.

Bogdanovich: The head of Warner Brothers was John Calley. Barbra [Streisand] had just seen The Last Picture Show, and John said, “Barbra really wants to make a picture with you.” And they had me set up with a script that I didn’t really like. John said, “Well, look, if you had to make a picture with Streisand, what kind of picture would you do?” And I said, “Oh, I don’t know. Screwball comedy, something like Bringing Up Baby.” And he says, “Do it.”

Filmmaker: It plays brilliantly, even now.

Bogdanovich: I watched it with an audience about a year ago. And it played exactly the same as it did when it was released. And we were very careful not to have anything in the movie that would give away the present, any contemporary references. No Johnny Carson jokes.

Filmmaker: That’s something that tends to hold back some movies in that era, they’ve got all these thumbtacks attaching them to various moments in time. But you avoid that.

Bogdanovich: I do avoid that. I try.