Zika, GMO Mosquitos and the Brazilian Far Right: Artist and Filmmaker Pedro Neves Marques on A Mordida (The Bite) 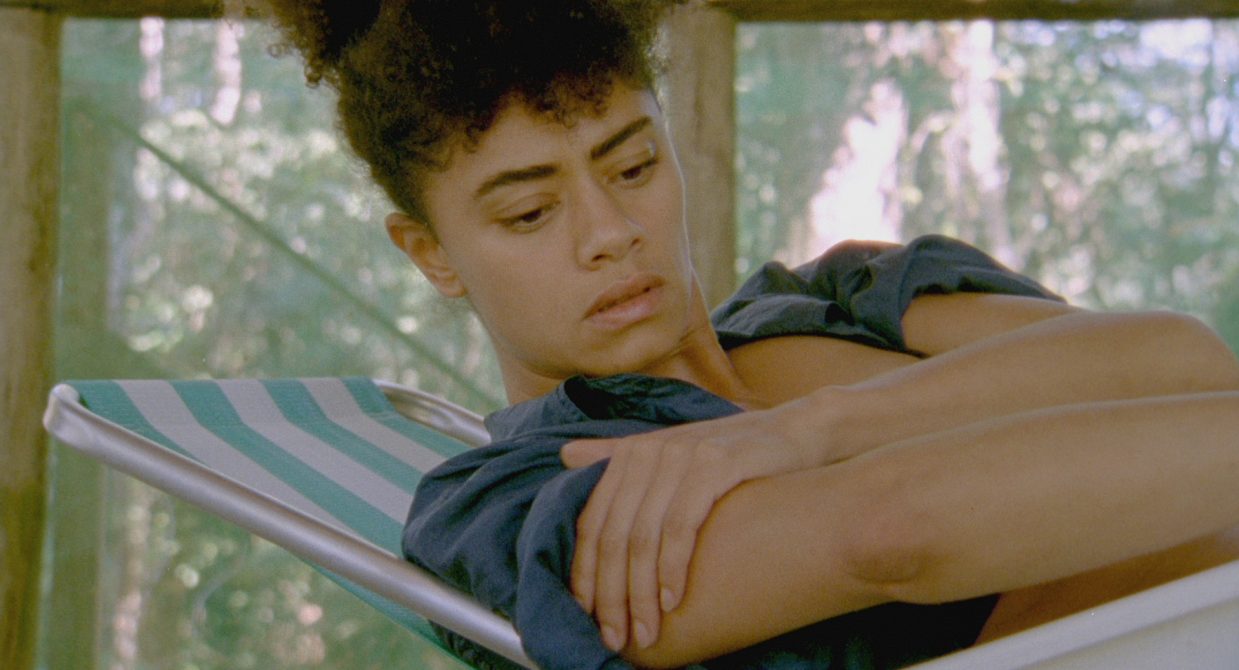 by Whitney Mallett
in Directors, Interviews
on Dec 19, 2018

Two years ago, the Miami Herald was worried: “Will Zika, election spoil Art Basel in Miami Beach 2016?” With South Beach’s art deco district smack in the middle of one of the Department of Health-designated “transmission zones,” it seemed like the deadly virus spread by mosquitoes and Trump’s recent presidential win might put a damper on the party. Now this year, Pedro Neves Marques’s A Mordida (The Bite) — the filmmaker, writer and visual artist’s first U.S. museum solo show, which opened December 4 at Pérez Art Museum Miami — puts Zika and rising Far Right sentiment in conversation, suggesting the virus as a model for thinking about the spread of Fascism, but in the Brazilian context.

“Ever since the 2015 coup against Dilma, there’s a growing feeling in Brazil; I would call it a growing militarization of society and everyone being reactive and reactionary,” says Marques, who grew up in Portugal but lived for about a year in São Paulo before moving to New York, where he’s based today. The artist, filmmaker, and writer goes back to Brazil for a month or two every year, and he’s also based some of his recent projects there. “I was shooting in GMO corn fields in Brazil around the time of the Zika scare in 2015,” he says, explaining how through GMO crops he learned about GMO mosquitoes and the work being done to prevent the spread of Zika.

Shot on 16mm film with a moody atmospheric soundtrack, central to Marques’s audio-visual installation at PAMM is an art film that combines scenes of scientists working on genetically modifying mosquitoes to prevent the spread of Zika with intimate domestic moments shared by a throuple. One of the scientists from the lab is in a polyamorous relationship with a black cis woman and a white trans woman. Intercut into the video, there’s also poems, black text on a white screen, with phrases like “the militarization of biology” and “the biology of militarization.” They help develop the film’s emotional narrative while also giving a bit of an academic lens to read the visuals. He was influenced by all the ads he saw in Brazil at the height of the Zika scare, public service announcements with language about strength, killing, and soldiers. (The film is reminiscent in its themes to the Cannes-prize-winning feature film Diamantino, co-directed by Gabriel Abrantes, another millennial Portuguese filmmaker based in New York.) 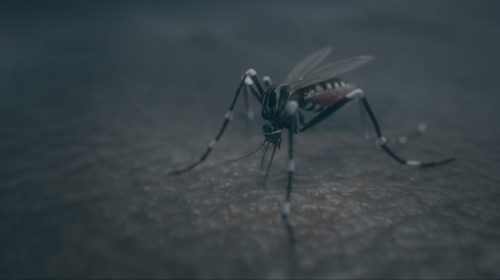 Marques spent about a year researching the GMO mosquito project and talking to scientists, and he ended up filming at a real lab, mixing interviews with actual scientists with scenes and dialogue performed by actors. Marques learned about how male mosquitoes are modified, disrupting the spread of zika by disrupting reproduction by engineering the male to pass along what they call a “lethal gene,” which makes their babies with unmodified female mosquitoes die. In these spaces and at the core of these projects, he was made aware of a strong gendered dynamic. “It is what it is. There’s a reason why they modify the male mosquito and not the female. I’m not questioning that,” he says. “But I am looking at the gender dynamics happening in that space, and I built a story from those dynamics.”

It was important for Marques to have a trans or non-binary character in the film. “I see it as a rupture of the categorization that science or the space of the lab is imposing. I wanted an element that refuses to be normalized or categorized.” He found Alina Dorzbacher, a 19-year-old Brazilian woman who had just started her M-to-F transition a few months before, and cast her in the role. Most of the cast and crew who worked on A Mordida are LGBTQ people living in Brazil, so this genderqueer theme is not just theoretical but also invokes the reality that queer communities are under threat with the rise of fascism and Jair Bolsonaro’s recent election. “The cinematographer and I, we have a different relation to it because we are not from Brazil,” says Maruqes, “but when we were making the project there was already knew the possibility of Bolsonaro’s election, and with the whole team, we had lots of talks about how the film related to this situation.”