“It Was a Huge Relief to Find a Location”: Director Jacqueline Olive | Always in Season 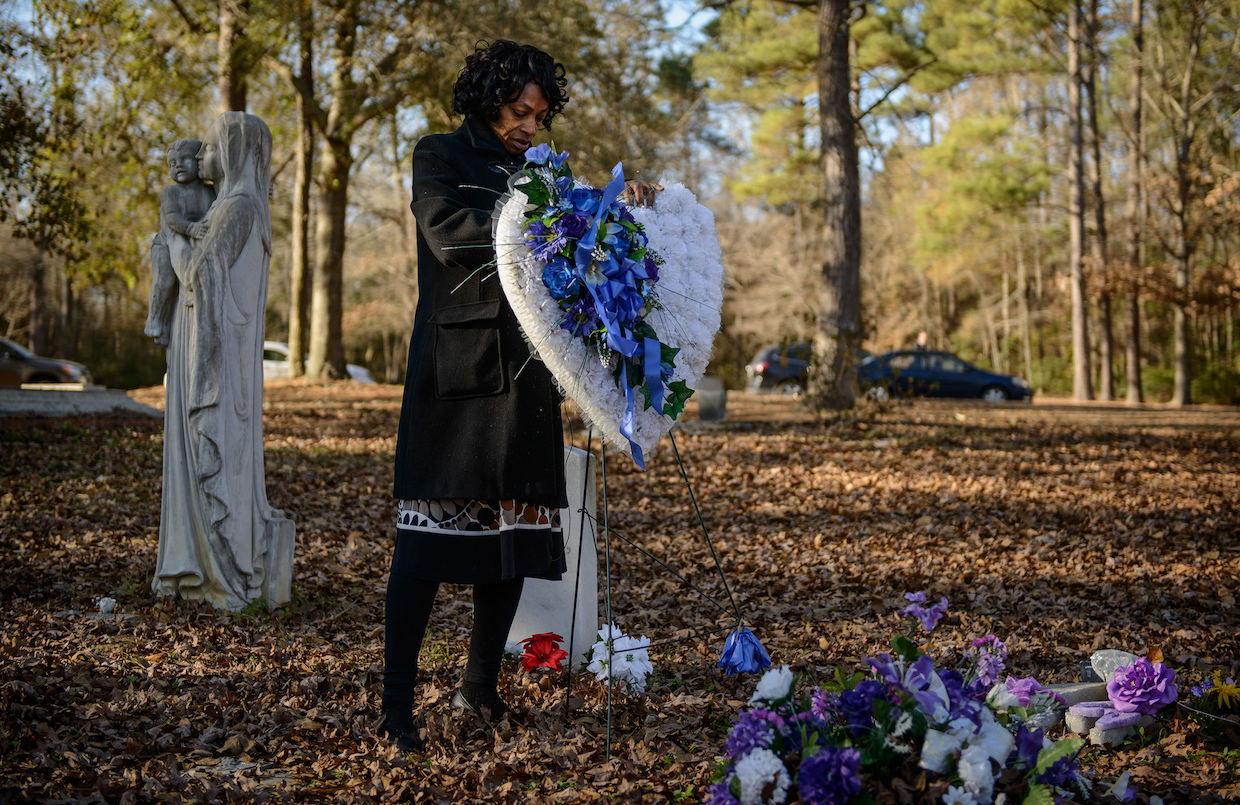 The story of how I got the interview with Michelle Brimhall, Lennon [Lacy]’s ex-girlfriend, really speaks to how a lot of the elements that went into making Always in Season fell into place for me generally, not only because of how I approach my work and the fact that I have an incredible crew, but also for reasons completely out of my control. I learned that Michelle had moved out of state shortly after Lennon’s death. She’d told reporters that she was afraid to stay because she believed someone killed him. So, I researched and found five or six possible addresses for where she may have been living, almost a thousand miles away. They were all in a hundred mile radius, so I flew in and picked up a rental car to head out in an ice storm to find Michelle with a 24-hour turnaround. I’d been driving for about two hours when I was a little lost and decided to get directions at a gas station up ahead. As I was parking, I got an overwhelming feeling that someone might know Michelle, so I asked the cashier. It turned out she was related to her and gave me Michelle’s address.

Excited to now be on the right track, I waited for her to get home and knocked on the door to ask for an interview. Michelle was initially uncertain, so I suggested she take some time to think about it and I’d come back in a couple of hours, When I returned, she agreed, but we needed to find another location to film the interview. The town was pretty small. It was ten at night. By this time, there were no businesses open, including the one fast food restaurant in the area. My return flight was less than ten hours away, and I’d already driven a loop around the city several times. I continued to drive, though, looking for any spot to set up to film. Just as doubt began to set in, I saw an office building with a small light on and knocked on the door for about thirty minutes until the owner, who’d been vacuuming in the basement, answered and agreed to let me film there. It was a huge relief to find a location. My cinematographer, Patrick Sheehan, had driven hundreds of miles earlier that day from another part of the country. We made the best of the location, set up and filmed the interview. I could not have been happier that Michelle showed up, that Patrick was just as committed as I was to getting the best interview possible and that we had a warm, quiet place to film, all in time for me to head back and make my flight. That production trip was one of many things during the course of making the film that reinforced my belief that if I’m persistent, prepared, and doing work that is on purpose, doors will open to help get the story told.