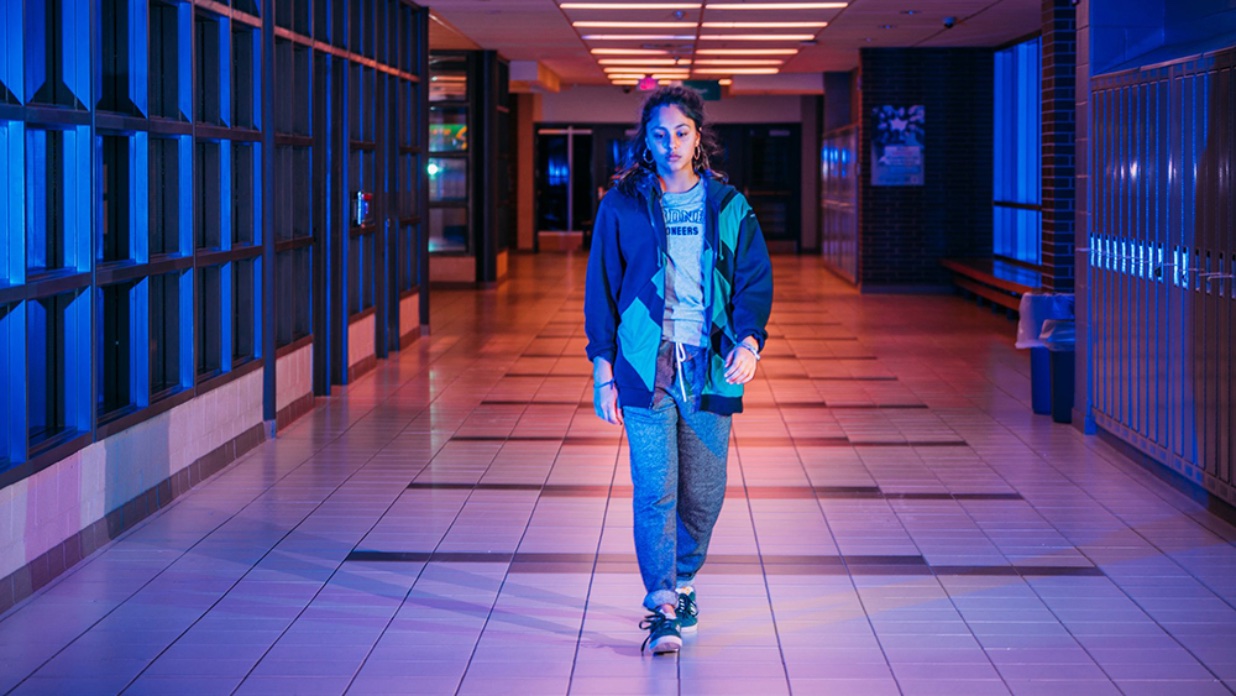 “You have an Oscar-nominated movie, what more do you want?” An assistant assured another assistant that he did not say this out loud to their boss but that he definitely thought it. Heavily.

That is a rhetorical question I never thought I would hear at 9:00 AM while drinking coffee, but I also never thought I’d walk past Boots Riley at 9:00 AM for two consecutive years in a row either. He looks dressed for the weather this year at least. After a missed flight due to snow in Denver and a midnight wandering around a labyrinthine condo complex, I’m here: Sundance 2019. To ease my way into this mix of slush and plasticine reality We Are Little Zombies is the best place to start.

We Are Little Zombies
World Drama
Makoto Nagahisa / 2018, 120 mins. / Japan
We Are Little Zombies is the best video game I’ve ever watched. A group of kids meet in a graveyard during their parents’s simultaneous funerals. The newly orphaned troupe band together, exploring family memories as they forge new paths forward, and ending up, of course, as a viral pop-music sensation. Structured as an old-school videogame, with 8-bit visuals and a chiptune soundtrack, We Are Little Zombies presents a fully realized world, vibrant with childlike imagination while allowing its characters to process their very real trauma. The film embodies a hectic, phantasmatic, rubber-genre-ed millennial feeling that I keep noticing in recent films (Annika Berg’s Team Hurricane, Mitzi Perione’s Braid and Josephine Decker’s Madeline’s Madeline, for example). And while the controlled chaos of We Are Little Zombies perfectly captures the ways in which we occupy today a world manufactured from our online and offline selves, even the heavier moments of the film don’t stay that way for long, quickly yielding to raucous, infectious and life-affirming pop anthems. We Are Little Zombies is currently seeking distribution (excluding Japan).

New Frontiers Central
Chicly abutting a Walgreens, New Frontiers Central is more like a lounge: passholders only, low lit, internet access, a bar and a handful of immersive/interactive media technology experiences. It’s pretty well designed for being in what looks like, well, the warehouse of said Walgreens, and its dim comfort made my exhausted self not want to sit down for fear of falling asleep. Unaware of how New Frontiers Central worked, I wasn’t able to see much as volunteers with small tablets had taken names for a few hours before my arrival, and the length of the pieces limited the number of participants. I did get to see analmosh by Matt Romein though, a two-walled (and one floor) projection that flowed bright glitch-scapes and geometrics across the space to a score of looping sounds. analmosh is a piece that relies on “iterative coding” (which I think means long chains of code whose repetition causes inherent rhythm or coherence?) to produce its sensory logic. Taken together, the New Frontiers Central space and the various installation pieces feel a bit like FOMO-inducing Instagram bait, with the young crowd posing while bathed in colored light, or draping themselves across plush modern furniture. I plan to return to see the content which is, um, important too.

Octane
Shorts, Animation Spotlight
Jeron Braxton / 2017, 6mins. / USA
A drive into a blurry world of consumerism and racism, Octane plays like a pulsating arcade game through hell. The animation of Octane is porous and grainy with whirring movement, almost as if the spaces between the elements are inviting one to enter the fluid space of the film. An atmosphere of haunting violence, with neon-colored horrors and a throbbing electronic soundtrack, pervades. Even though the slick graphics and skilled transitions are capable of pure distraction, at its core the film is preoccupied with a message concerning the current American condition: a question about what we have become — or, perhaps, who it is we have always been?

Last year at industry screenings the pre-show speech usually began as a “turn your cell phone off” message, and by the end of the weekend it became “we understand you are working, please use your phone sparingly.” This year, the speech kindly urges working professionals only to dim their screens. The abundance of cell phones in general is weird to me at a fest like this: why are we all brought together if we’re going to escape into our phones the whole time anyway? I know I’m part of the problem, but as someone’s phone keeps buzzing through one particular very still, two-hour long, precisely made Danish film, I started to wonder about the future of film festivals in general and how the film fest universe might be the next great adaptor in this heavily networked but increasingly isolated smallscreen industry.

Share
US Dramatic Competition
Pippa Bianco / 2019, 89mins. / 2019
It has been a long time since I sat in such a still, rapt audience. Mostly this was because what unfolded onscreen was difficult to noisily react to: a high-school girl is assaulted while passed out at a party, the incident recorded on cell phones, the effects of the crime spiraling outwards into the lives of many. The craft in Pippa Bianco’s share is delicate, with sharp editing (by Shelby Siegel), often still action, a spare, haunting score (by Shlohmo) and cinematography (by Ava Berkofsky) that captures with nuance the intimate emotional exchanges arising from this situation. Share is pure insight translated exquisitely into film. At one point the girl’s mother says that the incident is especially difficult for her husband because he was unaware that this type of thing happens. The mother says he never had to think about it before — a revelation, like the film, that is a step towards change.