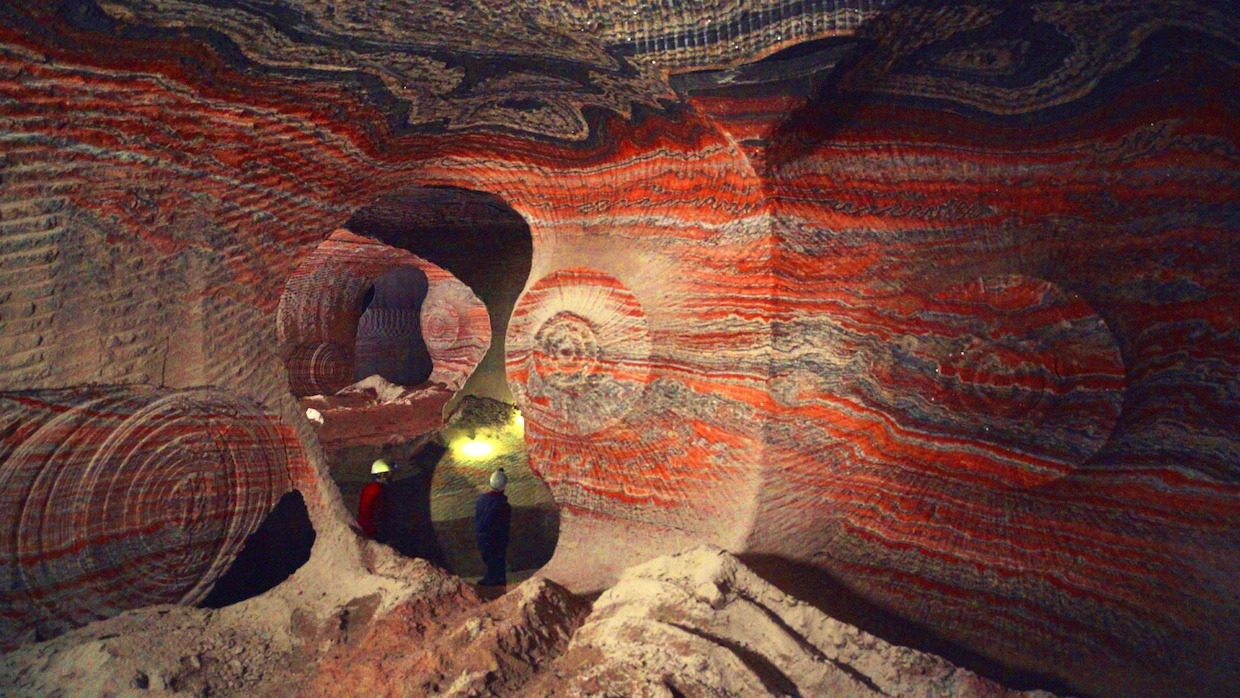 by Filmmaker Staff
in Cinematographers, Interviews, Sundance
on Jan 29, 2019

DP Nicholas de Pencier has long collaborated with his wife, director Jennifer Baichwal, on her projects. One of their most acclaimed films, Manufactured Landscapes, was a profile of large-format landscape photographer (and fellow Canadian) Edward Burtynsky. Now, on Anthropocene: The Human Epoch, Burtynsky moves from subject to collaborator on a large project tackling nothing less than humanity’s impact on the planet. Filmed over four years, the project involved a great deal of travel, technical planning and risk; via email, de Pencier answered questions about his work on the ambitious documentary.

de Pencier: I’d like to think that my career body of documentary work speaks for itself and led to my employment opportunities, but I have to acknowledge that some of the following factors may have given me an advantage in getting the job: 1) I shot the previous installment in the series; 2) one of the co-directors is my friend and I’m married to the other one; 3) I’m also the producer.

de Pencier: This film is meditative, experiential, and puts a lot of emphasis on visual storytelling without being abstract. The primacy of the image is a big responsibility as a shooter, as the fames need to transmit information in the absence of text, but also mood, tension, and sometimes pacing. When the camera is rolling, I try to be mindful of how I am reacting in the moment to these massive industrial landscapes and let that dictate my decisions with the camera. It’s a state of mind and being, and a relationship with time that attempts to project forward to how an audience might most closely have a similar experience to your own when they view the scene. Sometimes the best camera operation is to be still.

de Pencier: Many of course, like with any DOP and film lover. In this case my friend and co-director Edward Burtynsky looms large. He’s a brilliant photographer and we’ve been collaborating together in the 13 years since Manufactured Landscapes. I am consistently awed by his ability to find the one vantage point that can comprehensively and compelling convey a visually complex environment. Also Peter Mettler, who shot Manufactured Landscapes and established an aesthetic and an impossibly high bar.

Filmmaker: What were the biggest challenges posed by production to those goals

du Pencier: The pure logistics constant challenge of filming in 44 locations in 22 countries on six continents. To get the images we needed to tell this planetary story of humans’ environmental impact, we strapped cameras to the front of high-speed trains in Switzerland, went down into salt mines and smelting foundries in Siberia, dove on the bleached Great Barrier Reef, and communed with elephants and rhinos, dead and alive in Africa, just to name a few.

du Pencier: The A cam was my ARRI Amira, with Red Epic or Dragon for drones and choppers, then a dozen smaller cameras for the tight spaces or low-percentage-of-camera-survival shots.

du Pencier: Almost none at all, except the Russian mines, which were a crushing challenge for our LED panels.

du Pencier: In the Russian mines we did one traveling shot by mapping a drift with photogrammetry and animating the move. That was a lot of effort but absolutely worth it, as it’s the only shot that even starts to speak to the scale of the tunnels.

du Pencier: I always shoot the flattest LOG file on location and leverage the color space much later, in the tranquility of the DI grade, when the police aren’t chasing you, the salt dust or snow aren’t trying to ruin your sensor, and you’re no longer in danger of being run over by a massive excavator. I find it’s much more conducive to good decisionmaking that way, and also becomes a way to guide the dynamics of the arc of the film, which is impossible to know beforehand without a script.