Back to One Special Episode: Mike Leigh 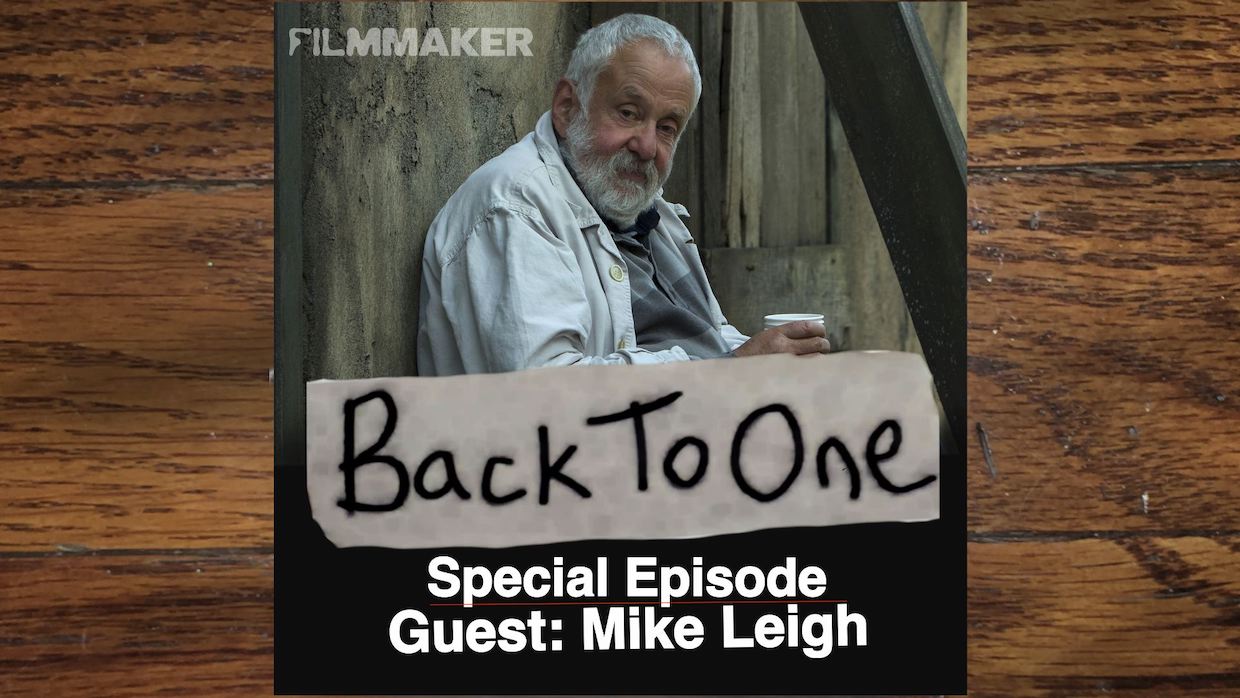 by Peter Rinaldi
in Columns, Directors, Interviews
on Apr 16, 2019

For one year now on this podcast, I have talked to dozens and dozens of actors about their approach to the craft of acting. There are few living non-actor directors whose thoughts on this subject I feel would be worthy for this archive. Mike Leigh is on the top of that list.

Listening to actors talk about their working experiences has made me think of an analogy. They are like fish people, showing up on a set expecting some water to work in but mostly finding dry land everywhere, and, for the most part, having to supply the water themselves. Taking this perhaps odd analogy a little further — when these fish people act for Mike Leigh, it is like working completely submerged in a safe, life-size aquarium with constant fresh water pumping in.

He starts without a script. The actors build their characters from scratch in collaboration with Leigh, using someone (or a composite of many people) in the actor’s life as a foundation. They then move and “be” that character privately in the presence of Leigh alone before getting together with the other cast members for long improvisations, during which Leigh “distills” the story into what he wants to shoot. This goes on for many weeks before shooting begins. When it does, the actors have already not only built an entire backstory for their characters and lived as them, but they’ve also worked out creatively and practically everything they’ll be shooting. It is the most organic and actor-centric process in the history of filmmaking.

There are many reasons why movies are mostly not made like this. Firstly, the amount of money spent on non-shooting days makes no sense to producers and money people. Therefore it’s hard to put this kind of thing into a budget. But also, many actors who are not familiar with this approach have misconceptions about the process and are resistant to the idea of not having a script, which they take as having lack of control. But I believe examining Leigh’s process will shed light on what works best even for actors working on “normal” film projects. Then, at least some of these aspects, even truncated versions, can be applied to any director’s process to yield better results and happier actors. Even actors working without aid from a director can manifest the phantom guidance of Mike Leigh and benefit greatly in any project.

In this woefully brief half hour, Leigh talks about a few aspects of his work that should act as a starting point in understanding his unique process, and also points out certain procedures in the mainstream of the craft that might ring as counterproductive when seen through Leigh’s lens.

The proof is in the pudding as they say. When films like Naked, Life is Sweet, Vera Drake, Meantime, Another Year, Secrets and Lies, Happy-Go-Lucky (to name just a few) contain, consistently, the great performances of our time, it leads one to believe that maybe this guy might be onto something.

Leigh’s latest, Peterloo, is in theaters now via Amazon Studios.