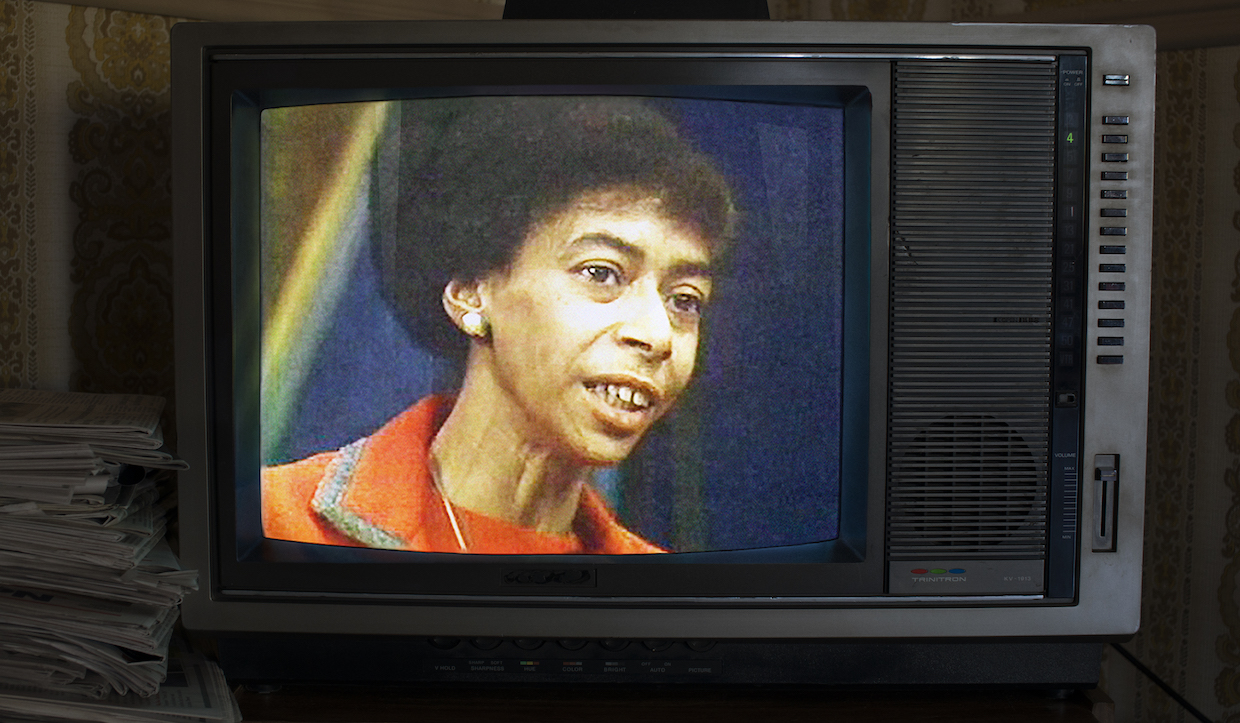 Now that every 10-year-old has a pocket-sized film studio and multiplex in their hands via the smartphone, and debates over the cinematic legitimacy of streaming platforms rage on, there’s a certain sweet nostalgia associated with dead formats of a less pixel-saturated age. VHS was perhaps the most physical—and vulnerable—of physical media: cheap plastic shells containing magnetic tape that could easily tangle in a faulty player. Yet, along with the camcorder, which likewise came into common use in the early 1980s, it has found a permanent niche in pop-culture consciousness that is, perhaps, greedy for a certain archival innocence—a throwback to the days before absolutely everyone became their own personal documentarian.

That’s my theory, anyway, about one of the trendlets at this year’s Tribeca Film Festival, where multiple documentaries revolved around their subjects’ sizable (and in one case, phenomenal) homemade video stashes. None are more imposing than the amateur archive that became a life-consuming (and defining) obsession in Recorder: The Marion Stokes Project. The premise alone compels intense curiosity: Across three decades, a wealthy Philadelphia woman compulsively recorded everything broadcast by the major networks (and, later, cable outlets) 24/7/365, with banks of television sets and VHS recorders that turned apartments already crowded with books, newspapers and the Apple computers she stockpiled (along with a fortuitous early investment in the company’s stock) into glowing video bunkers. Director Matt Wolf (Teenage) unpacks the legend of Marion Stokes, who made news a year after her 2012 death when her estranged son donated four shipping containers of tapes to the Internet Archive in San Francisco.

Stokes led a complicated and colorful life even before she began taping in 1979, in reaction to the Iran hostage crisis and the dawn of what would become the 24-hour news cycle. She had been a fiery left-wing political personality on Philly public television—where she met her second husband, John Stokes, a wealthy activist—and had once sought to defect to Cuba with her first husband. Her impulse to record everything, the film reveals, had a lot to do with her own critique of the American news media’s eagerness to bend facts to fit storylines. Although Stokes indulged packrat tendencies in several directions there was a purpose to the videotaping. She saw herself, in the most literal sense, as keeping watch.

In watching the watcher, Wolf does an impressively empathetic job of framing this strange and unique character, capturing both the very real pain of family members neglected for the sake of Stokes’ singular mission, and also the perverse genius of her enterprise. The filmmaker puts together fateful montages of pivotal contemporary events as seen through the news, positing Stokes, in her way, as something like Walter Benjamin’s Angel of History (“His face is turned toward the past. Where we perceive a chain of events, he sees one single catastrophe which keeps piling wreckage upon wreckage and hurls it in front of his feet.”). The film’s success is how it reads Stokes not as an eccentric, but as a peculiarly modern figure who found meaning as technology began to more seductively shape our own.

If video is the very source of a family drama in Recorder, the format serves as a tool for exorcising domestic trauma in two other films, Rewind and 17 Blocks. In the former, adult filmmaker Sasha Joseph Neulinger digs back through the videos made by his camcorder-toting father that relentlessly charted his childhood, a period that saw an exceptional boy derailed through sexual abuse by his uncles. The latter film immerses the audience in the struggles of the Sanford family, whose lives unfold in Washington, D.C., 17 blocks from the Capitol. Much of the footage is drawn from home videos made by the youngest son, Emmanuel, only 9 years old when he begins shooting, and follows his older brother Smurf, sister Deniece and mother Cheryl, as the family suffers and abides, contending with the ever-present perils of drugs and violence.

Social issue docs with a profound personal focus, the films gain a rich, often painful emotional dimension through use of home video that brings matters home with a punch. In Neulinger’s case, the material gives its subject a chance to interrogate the past, revisiting a case that made headlines at the time while, intentionally or not, evoking a creepy vibe in the footage that is not in anyone’s imagination. Much of it is heart-rending, in the way it illustrates the terror and seeming hopelessness of young Sasha’s nightmare (one shared not only by his sister, but his own father when he was a child). 17 Blocks, made by the writer Davy Rothbart (This American Life) in collaboration with the Sanfords, thrives on its intense humanity and openness of its subjects, often captured in the gaze of its youngest, most vulnerable member.  Jennifer Tiexiera won the festival’s prize for best editing in a documentary, and while many scenes also provoke tears, there is much sensitivity in their structure. In both films, tragic family cycles are made to be broken, so that the broken can heal.

Before the festival, I wouldn’t have expected my favorite of these documentaries to be drawn from the backstage video diary of the lead singer of a ‘90s act remembered mostly because a little girl in a bumblebee outfit starred in a music video for its biggest hit. Yet All I Can Say proves poignant beyond expectation or cliche. Danny Clinch, a photographer and music video director who was among the chief chroniclers of the burgeoning alternative rock scene in the ’80s and ’90s, worked with co-directors Taryn Gould and Colleen Hennessy to give narrative coherence to about 200 hours of home video footage shot by Shannon Hoon, frontman for the band Blind Melon. Hoon was a son of rural Indiana whose band took off in the early ’90s, with an early assist from Hoosier homeboy Axl Rose, and blew up on the arena circuit after the cheerful ditty “No Rain” became ubiquitous on radio (remember radio?) and MTV (remember MTV?). In 1995, Hoon died on the band’s tour bus before a show in New Orleans from an accidental overdose of cocaine. He was 28 and a very new father.

Clinch bookends the film with the last moments Hoon captured of his life on camera, on the phone, in bed, in a hotel room—the kind of place he’d spent much of his life in the five-year span that Blind Melon was on tour. Less a nostalgia trip for fans than an often less-than-rosy self-portrait of a young man’s rocky passage to destabilizing fame, All I Can Say makes intimate a self-destructive saga replayed time and again: Hoon, in and out and in and out of rehab, himself fixates on the deaths of Kurt Cobain and Jerry Garcia, which in the context of the film feel like foreshadowings. This isn’t a cautionary tale, however, and its pure found-footage approach eschews any supplemental material save some brief, explanatory text. No one would have guessed, nearly 30 years ago, that Hoon’s early-adopter instincts might lead to something more memorable than that breakout earworm of a hit single, but this memento mori resonates beyond its era.