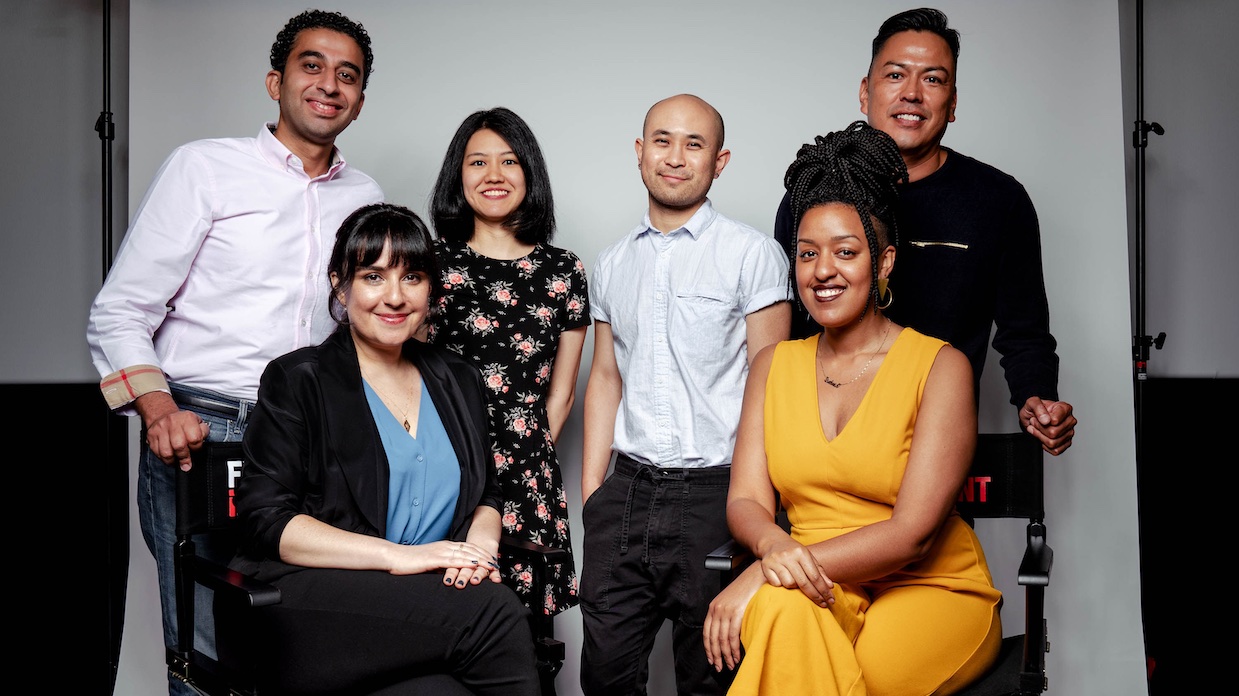 by Scott Macaulay
in Festivals & Events, Filmmaking, Screenwriting
on May 14, 2019

Film Independent announced today the six screenwriters selected for its 21st annual Screenwriting Lab. Mikki Crisostomo, Billy Luther, Haitham Dabbour, Anya Meksin, Sontenish Myers and Andrew Huang will all received story and career development from the non-profit organization’s annual program for their first fiction screenplays. Notes FIND in a press release, “One hundred percent of this year’s participants are from communities underrepresented in film and half the participants are women. This year’s projects, selected from 550 submissions, explore a range of compelling fictional topics from ancient magic to widespread pandemics and tiger spirits.”

“Being a Screenwriting Fellow at Film Independent was a wonderful step along the way of making my film The Short History of the Long Road. Five years later, I’m still close to my fellow screenwriters and we’ve championed each other as our projects have come to life,” said former Screenwriting Lab Participant Ani Simon-Kennedy. “Fostering a sense of community within the indie film world is really at the heart of Film Independent’s mission and I’m so grateful to be a part of it.” The Short History of the Long Road by Ani Simon-Kennedy premiered at the 2019 Tribeca Film Festival and received Special Jury Mention for best screenplay.

In addition, Egyptian filmmaker Haitham Dabbour is the recipient of a Global Media Makers Fellowship, an exchange program sponsored through a partnership between Film Independent and the U.S. Department of State’s Bureau of Educational and Cultural Affairs, making his travel and participation in the Screenwriting Lab possible.

“We are thrilled to support this excellent group of writers whose diverse stories reflect our complex, multicultural world,” said Jennifer Kushner, Director of Artist Development at Film Independent. “Through the Lab, we look forward to nurturing the voices and visions of these intrepid storytellers, and introducing them to our industry advisors.”

The 2019 Screenwriting Lab participants and their projects are:

Title: Babaylan
Writer: Mikki Crisostomo
Logline: Lida, the disillusioned priestess of a dying Filipino religion, accidentally summons a god, under whose tutelage she learns to perform miracles and discovers the grave consequences of playing with ancient magic.

Title: Frybread Face and Me
Writer/Director: Billy Luther
Logline: Two adolescent Navajo cousins from different worlds bond during a summer herding sheep on their grandmother’s ranch in Arizona while learning more about their family’s past and themselves.

Title: Publication Ban
Writer: Haitham Dabbour
Logline: A woman challenges society as she breaks her silence of a sexual harassment incident and faces the complications when the harasser hides behind his religious power.

Title: Stampede
Writer/Director: Sontenish Myers
Logline: Set on a southern plantation in the 1800s, a young slave girl named Lena has telekinetic powers she cannot yet control. Circumstances escalate when she’s separated from her mother to be a house girl, in close quarters with the mercurial Master’s wife: Elizabeth.

Title: Taminex
Writer/Director: Anya Meksin
Logline: When a deadly pandemic plunges the city into an anti-immigrant panic, a young Iranian woman must go outside official channels and venture into the underbelly of a corrupt society to procure the only drug that can save her boyfriend’s life and her own—Taminex.

Title: Tiger Girl
Writer/Director: Andrew Huang
Logline: When a repressed Chinese American girl enrolls in charm school to please her mother, the pressure to conform to her mother’s ideals manifests in the form of a restless tiger spirit that visits the girl at night and ultimately sets her free on her journey of self-possession and discovery.