Cannes 2019 Dispatch 6: Parasite, Once Upon a Time… in Hollywood, Mektoub, My Love: Intermezzo 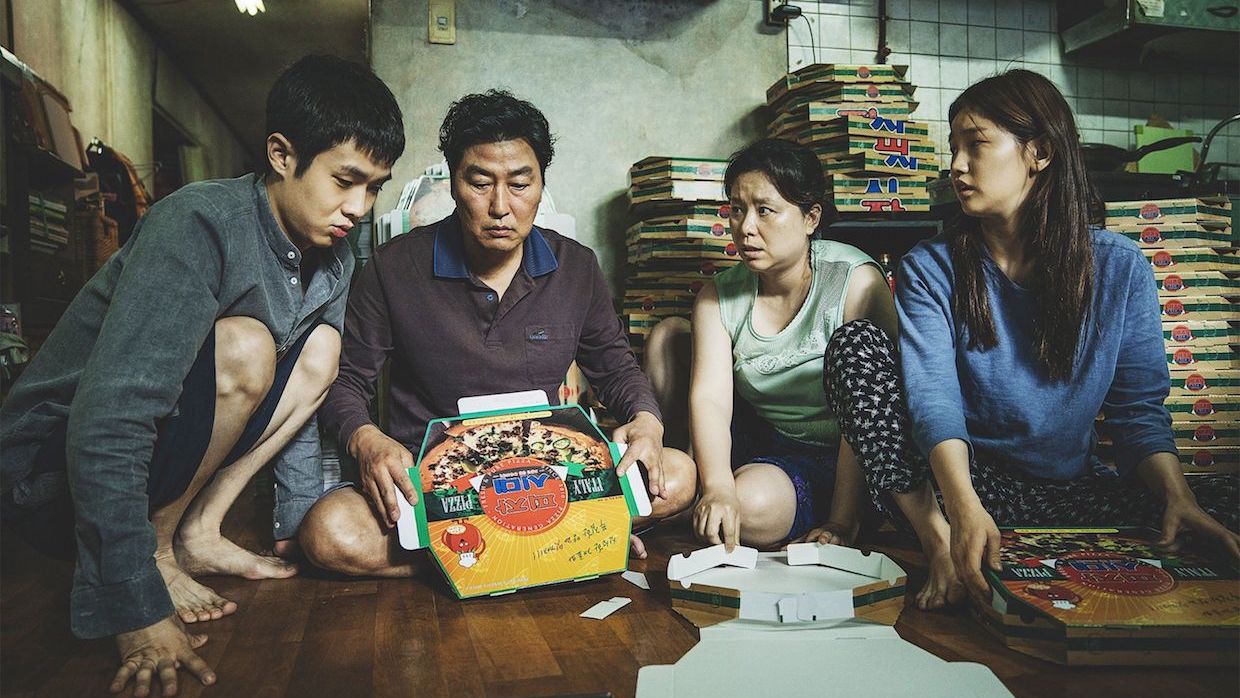 A great prize list aside—better than any since at least 2011—I can’t fall in line with a majority of this year’s press corps in declaring this a banner year for Cannes; ironic, given that, on paper, this indeed was going to be a banner year for Cannes: Malick! Bonello! Hausner! Tarantino! Dumont! Diop! Lav! Bong! There was something for everyone, and most of it seemed to go down quite smoothly, even as distinctions between the good, bad, and ugly was as indiscernible as ever. On the two critics’ grids I participated in, for example, virtually every film across every section had its share of detractors and proponents; no bombs, no consensus masterpieces, just a giant pool of sweet critical taste to lap around and drown in (until Iñárritu and co. took the stage and made some sense of it all).

The winner of this year’s Palme d’Or, South Korean director Bong Joon-ho’s Parasite, goes down in my book as the best since 2011’s The Tree of Life by Terrence Malick (whose A Hidden Life, contrary to what’s being reported, is neither stylistically distinct from nor as good as his recent, overall exceptional batch of modern day epics). Bong—one of two Palme-contenders to issue a letter before his premiere requesting that critics not spoil the films’ second-half surprises—is among the most popular filmmakers in the world to consistently address issues pertaining to class in his work, and his strokes, therefore, can be applied a bit too broadly for my taste (voiceover narration is especially careful to ensure that nobody misses its message, which you may be able to guess just based on its title). But Parasite is such a perfectly calibrated satire, not a step out of place, that what it builds to can be overwhelmingly affecting: the hyper-capitalist mindset, unveiled and laid over top of us.

The other spoiler-protected movie, Quentin Tarantino’s Once Upon a Time… in Hollywood, didn’t win any prizes, but I have a hunch it’ll do just fine without the accolades. I was mildly disappointed in Once Upon a Time… (as one can to be when finally presented with such an anticipated event), even as I was struck once again by the effortlessness of Tarantino’s craft. This is a massive film—or was that its ego towering over me?—that patiently guides viewers through its immaculate reconstruction of late-60s Hollywood: its movie sets, costumes, cars, and radio; the peaking counterculture and the culture it countered. I recalled Whit Stillman wisdom regarding period films: “When you are alive and existing, you do not feel, ‘I am in period.’ And when I see overly beautiful, perfect period films, I think: ‘This is fake’.” Tarantino is clearly enthusiastic about this era, eager to lavish us in its finer details and attitude, but he makes it present, and does so by foregrounding the movement (of people, of the camera) so that the film becomes about our situation in this historical moment, which is always understood to be an interpretation (a double) of what actually took place then.

This doubling, in fact, is in many ways the major theme of the film, embodied most clearly by the co-leading roles of actor Rick Dalton (Leonardo DiCaprio) and his trailer-residing stunt double Cliff Booth (Brad Pitt). The joy of discovering Once Upon a Time… for the first time is in simply observing the way it negotiates this duo’s relationship—their lives distinct and intertwined, crossing paths and deviating again, destined, perhaps, to achieve some semblance of unity or harmony, the arrival of which I’m probably not permitted to speak of. This is a movie that exists primarily as a vehicle through which Tarantino can fantasize about the movies he might have made if he’d been on the scene in 1969 (and the movies within the movie really are exceptional—uncanny in their fusion of Tarantino’s tics with his heroes), it’s the dissonance and digressions that count. I’m glad I caught it here, too, as the film’s last day re-screening was cancelled after he allegedly decided to re-cut the film, having been displeased with certain bits at the premiere. If he wants to cut out the unfunny and fairly racist Bruce Lee scene, that’d be swell.

And, finally, a word on the year’s official bad object, Abdellatif Kechiche’s 206-minute Mektoub, My Love: Intermezzo, a butt-numb-a-thon (in more than one way) that has already been filed alongside The Brown Bunny (2003) and Antichrist (2009) on the list of historically contentious Cannes Competition screenings. Naturally, I came down in the middle on it (albeit on the lower end of that median), though not without admiration if only because a piece of art—and I’m afraid I do feel inclined to call this art—so committed to and saturated in what so few would deem tasteful, is, if nothing else, emblematic of one of art’s most important aesthetic functions: the critique of taste and judgement. And if I’m going to declare Albert Serra’s Liberté (discussed here) to be the film of the festival—as I am—then I have every obligation to consider this film, and all three hours of rippling young women’s asses and looping remixes of Abba’s “Voulez-Vous,” with the same seriousness, because perhaps no films have offered purer expressions of liberty than these multi-hour, monotonous immersions in their creators’ personal ideas of beauty and sexiness, however indefensible, unnecessary, unwarranted, and un-wanted they may be. These two films made me consider and then re-consider what I want from cinema and why I want what I want from cinema—a challenge I think many more of the people who attend this festival every year would do well to take up.