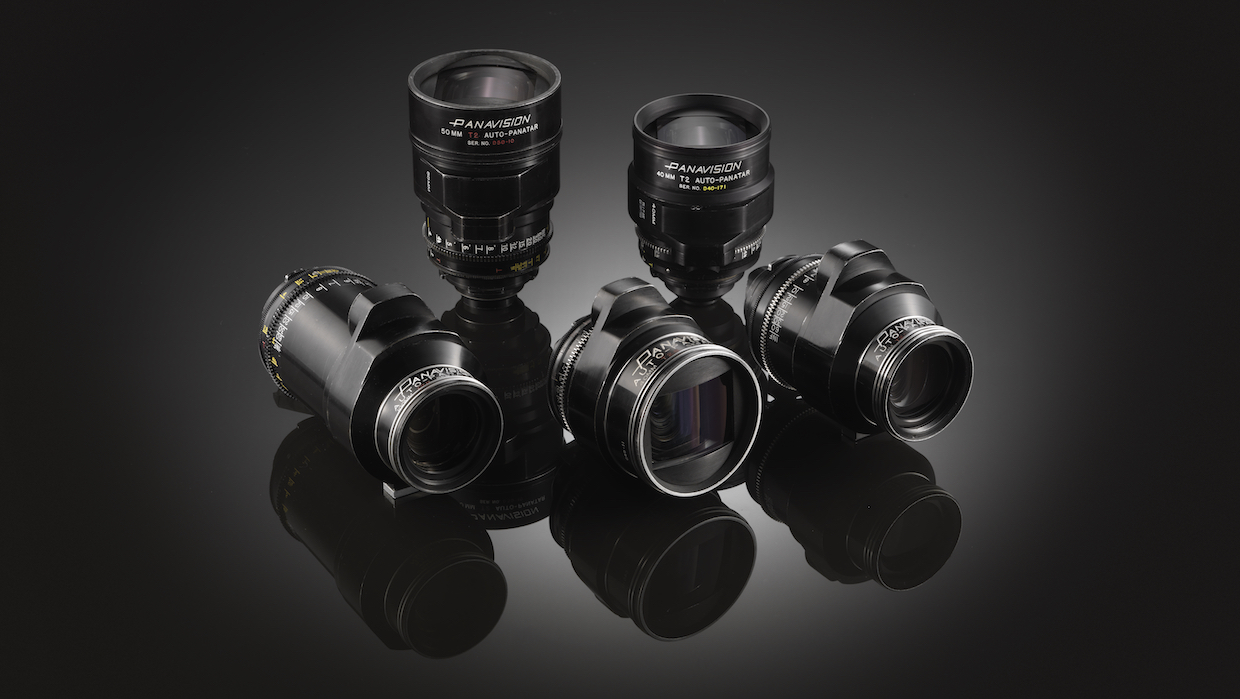 Dan Sasaki, Once Upon a Time… in Hollywood, Panavision, Quentin Tarantino, Robert Richardson

If you’re reading this story in hopes of gleaning the magic recipe behind Panavision’s increasingly popular “detuning” process, sorry to disappoint you. Panavision Senior Vice President of Optical Engineering Dan Sasaki will divulge no such details.

“I wish I could. Unfortunately, that is a process we like to keep secret,” said Sasaki, who began his career at Panavision in 1986 as a lens service technician. “What I can say is that it’s a process that is continually evolving.”

Sasaki will, however, happily talk about being a second-generation member of the Panavision family, the storied history of the C Series anamorphics, and personalizing lenses for cinematographer Robert Richardson for use on Quentin Tarantino’s Once Upon a Time In Hollywood.

Filmmaker: Your dad worked at Panavision throughout your childhood. Did you have much exposure to his job? Did you ever get to visit sets?

Sasaki: I did not get the opportunity to visit sets as a child. What did happen was I would hear about the tales of Panavision at the dinner table, stories about current projects being worked on and anecdotes from the sets. Some of the movies that I vividly remember being discussed were Jaws, Star Wars: Episode IV and Fiddler on the Roof.

When I was younger, my father would frequently have to work on the weekends and would take me to work with him. While waiting for him there would be occasional opportunities to watch the technicians manufacture and build lenses and cameras.

Filmmaker: Were you allowed to wander around amongst all the Panavision gear? It must have seemed like the Raiders of the Lost Ark vault to a kid.

Sasaki: The security at Panavision was quite high and wandering around unsupervised was strictly prohibited. On occasion, I would be chaperoned through the company and get a gold ticket tour of the inner workings of Panavision. The excitement generated by those looks behind the curtain was priceless. Ironically, at the time, I did not think I would eventually work at Panavision or anything related to the motion picture industry.

Filmmaker: The list of different lens series used for Once Upon a Time In Hollywood is about ten deep. What were your first conversations with Robert Richardson like for the movie, which was shot on 35mm film? Did he have many of those lenses already in mind or did he come in more with a look he wanted and then discover the right lenses during prep?

Sasaki: Originally, the dialogue started in the direction of testing the earlier C Series anamorphic lenses and other vintage optics that were compatible with film cameras. Bob Richardson used the E Series and C Series anamorphic lenses almost exclusively in the 1990s. As a starting point, he and [First Assistant Camera] Gregor Tavenner started looking at those series as a baseline. As the prep evolved, Bob and Gregor inquired about closer focus and faster apertures. In response, we suggested the possibility of converting a set of T Series anamorphic lenses to work on film cameras. [The T Series lenses were released in 2016 and were designed specifically for compatibility with digital sensors.] The conversion would allow him a faster T-stop and closer focus. In addition, the film compatibility conversion allowed Bob an artistic option to bend the lenses in a more vintage direction that complemented the C Series lenses and rounded out his lens package.

Filmmaker: What did you have to do to those T Series lenses to make them film camera friendly?

Sasaki: There were multiple steps involved. In almost all of the focal lengths we had to start with the spherical component. This involved redesigning the spherical system to allow for spinning mirror clearance. We had to re-optimize the rest of the system to accommodate the changes to the spherical portion and adjust the system to work more ideally in the film diagonal. In addition, during the re-optimization stage we made sure the lenses mimicked the aesthetic produced by the C Series lenses.

Filmmaker: Do you think de-tuning is becoming more popular because so many of the movies being made are shot on basically the same two or three sensors and most film shoots use some flavor of Kodak Vision3 stock? Does the unique character of a particular lens become even more important when other tools become more homogenous?

Sasaki: I believe that is a large part of the equation. Re-optimization of lenses also allows a cinematographer the ability to fine-tune a lens to create a unique look that they can call their own. I have noticed that the re-optimization of the optics has allowed a much cleaner bridge into the post-production side of things. Attributes that can be relayed or created through a customized lens can be further complemented in post. The resulting combination image can create a large number of image attributes that cannot be achieved by a status quo optics/camera-only combination.

Filmmaker: Panavision’s C Series of anamorphic lenses have come back into vogue in a big way in the last few years. What’s the current state of the C Series inventory?

Sasaki: The C Series lenses are still very much in use. The inventory is not as large as it was during the 1980s, but many a show is still made using the C Series as the primary lens. The C Series has gone through multiple evolutionary improvements to ensure their imaging characteristics remain current with technology changes. Fortunately, due to the value and uniqueness associated with C Series lenses, we have curtailed the frequency in which these lenses are put into situations that would potentially end up in a smashed lens.

Filmmaker: Those lenses date back to 1968. I believe many of them were initially built with Cooke Speed Panchros as the base lenses. Are most of them drastically different at this point—rehoused or with different base lenses?

Sasaki: Many of the lenses started off with a Cooke Panchro inspiration. Over the years, the lenses have gone through updates, which include, but are not limited to, spherical component exchange, close focus conversion, and large format sensor conversion.

Filmmaker: I read a story in British Cinematographer that mentioned you did a significant update of the C Series for The Hunt for Red October in 1990.

Sasaki: The Hunt for Red October was one of the first instances of updating a C Series lens. [Cinematographer] Jan de Bont traditionally liked the look of the Primo Anamorphic lenses, but their size was too bulky for the show. He liked the form factor of the C Series lenses, but their overall acuity was not close enough to match the Primo Anamorphic lenses. Also, the close focus—greater than three feet—was not ideal for the circumstances of the show. In this case, we exchanged the older spherical and cylindrical components with optics that delivered more contrast and drew the close focus into at least 2 ½ feet. Many of the modifications were tested and vetted by Cal Roberts, who was the first assistant on the show.

Filmmaker: As resolutions have continued to increase and as digital cameras have increasingly included more anamorphic-friendly capture modes, older anamorphic glass seems to be experiencing a renaissance. What is it about the C Series—originally constructed 50 years ago—that makes them pair so appealingly with contemporary digital cameras?

Sasaki: That question is both scientific and philosophical, and the answer dives into the psychology of how we view things then and now. What it comes down to is that these lenses that were designed 50 years ago exhibit design and imaging characteristics that stimulate the eye/brain combination and yield impressions of depth and volume. This is especially true when the lenses are matched to a digital camera that exhibits little to no convolution loss. We could easily dedicate a whole interview to just this one question.

Filmmaker: Tell me about building the specific C series set that Bob used on Once Upon a Time In Hollywood. Those lenses have such distinct characteristics—the same focal lengths from three different sets might look very different.

Sasaki: Fortunately, we have an expansive inventory of optics that spans over many decades and we were able to pick out similar components—both spherical and cylindrical—for each focal length. The generation of spherical component and coating used played a large role in the process.

Filmmaker: Ultra Golden Panatars were used on the show as well. I have never heard of those before. What can you tell me about them?

Sasaki: The Ultra Golden Panatar series is a set of anamorphic lenses created around 1976. They were designed to be a high-speed alternative to the C Series line. They were a forerunner to the E Series line of anamorphic lenses and paved the way with many of the characteristic seen on the E Series. On Once Upon a Time In Hollywood, the Ultra Golden Panatars were used in situations in which they wanted a lens faster than a T/2 aperture while maintaining a vintage look.

Sasaki: The Z5S and Z6S zooms were surprisingly an easy choice to land on. They were already vintage and had very attractive imaging characteristics. Gregor Tavenner was instrumental in the process. He looked at the various zoom options we had and bracket-tested them to make the determination that the Z5S and Z6S were viable options for the show.

Filmmaker: Do you have a favorite set of lenses that you wish got rented out more?

Sasaki: Oddly enough, I cannot say that I have encountered a situation in which any particular series has gone unnoticed or underutilized. The amount of content [being made now] has created a bit of a renaissance in which the art of cinematography has evolved into an adventure that I have not seen the likes of in my history at Panavision. Cinematographers are figuring out ways to maintain their authorship and carry their intent throughout the entire imaging chain. That includes experimenting with every type of lens we carry. That being said, I am most excited about the prospects of anamorphic photography. Anamorphic optics are no longer solely the province of the 2.40:1 aspect ratio.