“Every Viewer Can Decide What to Believe or Not Believe, Who to Trust and What to Question”: Avi Belkin on His SundanceTV True Crime Series No One Saw a Thing 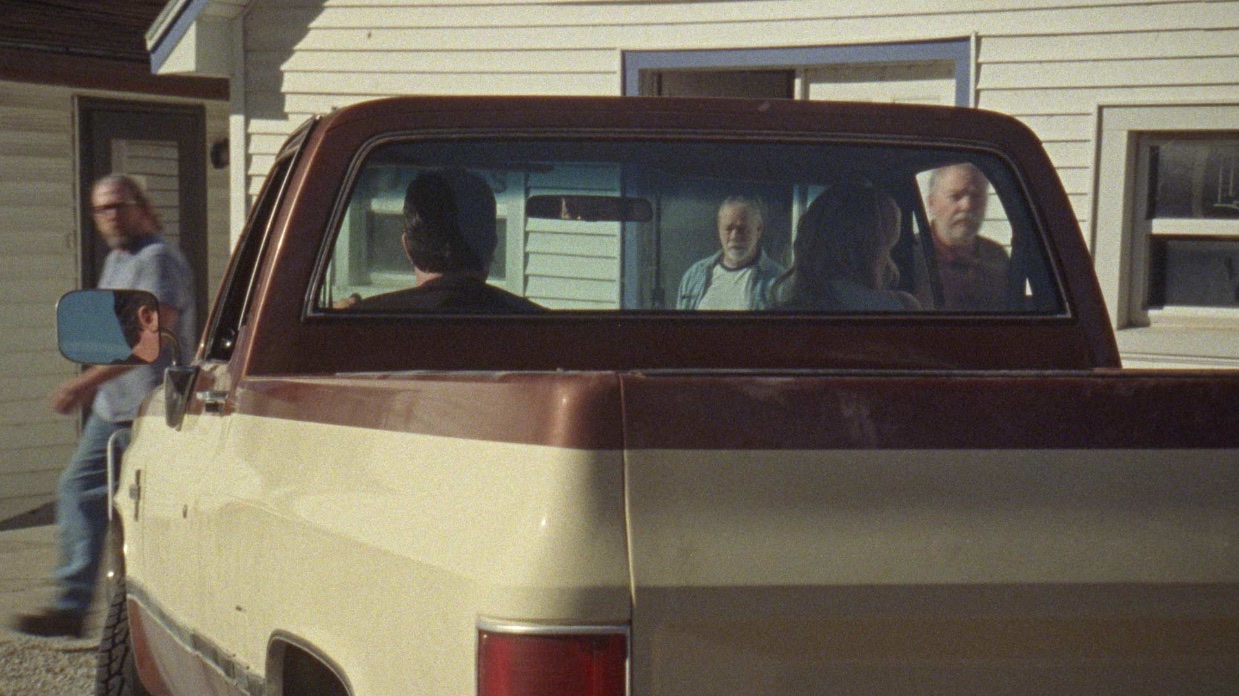 No One Saw a Thing

by Lauren Wissot
in Directors, Interviews
on Aug 26, 2019

Currently playing on SundanceTV, the Blumhouse-produced No One Saw a Thing is a true crime series directed by Avi Belkin, whose unexpectedly riveting Mike Wallace Is Here premiered earlier this year at Sundance (and launched in theaters just last month). It revisits a surreal episode in American vigilante history in which the small town bully of Skidmore, Missouri was shot to death while sitting in his truck, his wife by his side. This occurred back in 1981 —and to this day no one’s been charged. Even though a good chunk of the population witnessed the murder.

While this mystery remains unsolved, another mystery came to mind as I binge-watched the six-parter. How on earth did a Tel Aviv born-and-raised filmmaker get involved in a nearly four-decade-old story set in the American heartland? Fortunately, Filmmaker was able to catch up with the Israeli director to ask this question and more a few weeks after the first episode aired (on August 1st).

Filmmaker: So how did this series come about in the first place? You feature quite a bit of archival “60 Minutes” clips, which made me wonder if there’s any connection to your doc Mike Wallace Is Here, which premiered at Sundance.

Belkin: I started working on No One Saw a Thing three years ago. I was living in Tel Aviv back then, and I was looking for a story I could base a documentary on, when I stumbled onto the Ken Rex McElroy cold case in an old newspaper article. At first I was intrigued by the murder, but then I became even more fascinated when I read about all the other violent incidents that followed in the aftermath of that initial killing — a wave of gruesome violence in a close-knit community, all inside one tiny town.

I became obsessed with this story and decided to fly to America to film a portrait of this small town, and through it explore the origins of violence in the American society, while also questioning the price a society has to pay when it resorts to vigilante justice. While I was working on this story, I also became obsessed with the dire state of journalism and had another idea for a documentary about Mike Wallace. Through his portrait I felt I could tell the original story of broadcast journalism and try to understand how we found ourselves at this precarious tipping point. When CBS agreed to give me access to their archives for the Mike Wallace film I discovered they also filmed a story on Skidmore in 1982, right after the murder of Ken Rex, and so I was able to get the raw footage and use it in the series. So I would say it was more of a happy coincidence than a planned tactic.

Filmmaker: As an Israeli filmmaker shooting in the American heartland, what were the pros and cons of bringing an outsider’s perspective to this story?

Belkin: I honestly didn’t see any cons for me being an outsider in Skidmore. Israelis are very familiar with American culture. I grew up on American TV and watching Hollywood films so I had no problems there. I also feel that Israel is in a way a small town itself, so I was familiar with the mentality and special dynamic a small community presents.

I felt like being an Israeli actually made the people open up more with me. I felt they wanted to tell their town story to someone who had no prior knowledge of the case and wouldn’t pre-judge them. McElroy’s death and the town’s collective silence that followed have been chronicled in books and TV films, but always as flat, one-dimensional stories. I stressed the fact that our series would chronicle not only the killing of Ken Rex McElroy, but would also dive backward and forward in time to reveal the bigger story of their small town, in a Rashomon of the people who lived it.

Filmmaker: You employed locally-based crew? How did this affect the production?

Belkin: We employed for the majority a locally-based crew. Naturally, they were all familiar with Skidmore’s legacy and knew the violent acts that happened there, but it didn’t really affect the production. They were just as eager as I was to learn more about the people behind these stories.

Filmmaker: For a town that’s remained silent for so many decades its residents sure like to talk – yet the more they talk the less they seem to say. With so many unreliable, or at least cagey, narrators, how did you decide which characters to feature in the final cut?

Belkin: For me one of the biggest obstacles in any story I tell is separating the truth from the fiction. The fact that these violent acts all took place in a tiny small town with basically no real documentation made this story even more challenging than usual. This community has been telling these stories to themselves and others over and over again, for over four decades. At this point the whole thing feels like an amplified, broken game of telephone.

I decided very early on that I would interview as many different people as I could, and ask them about all the angles of Skidmore’s story to create a Rashomon effect. I asked every person I interviewed to share his own knowledge and perspective on the events that happened in Skidmore. Then I edited all of them together, creating a chorus that tells us the story while weaving into it all the known facts and archival materials to create a prismatic portrait of the events without choosing one narrative over the other or identifying one more reliable character over the other. I felt that, ideally, this way every viewer can decide what to believe or not believe, who to trust and what to question.

Filmmaker: The “curse” of generational trauma is front and center in the series, which, notably, is something that the small town of Skidmore shares with your own homeland of Israel. Were these parallels present in your mind throughout production?

Belkin: The fact that I come from Israel, generational trauma is always on my mind. I think it’s embedded in our culture and daily lives, so I’m sure it had an effect, but I would say more subconsciously than consciously.

The crux of the Skidmore story for me was right from the beginning about the price a society has to pay for vigilante acts – and how these acts create a ripple effect of violence on the next generations. Sixty eyewitnesses went home to their families that day after witnessing and taking part in a murder. They lied about what happened to their children, to their friends, and to the whole world for decades.   The message they sent out was that if you have a problem it’s okay to solve it with violence.

This is always the message that vigilante acts teach. So, by killing the “bully,” instead of solving their problem they actually perpetuated the vicious cycle of violence — as we see in the other violent acts that ensued. I think that this is the message that subconsciously Americans are getting from these vigilante acts, without really understanding the overall negative effect that the vigilante phenomenon has on their society.