“If You Have Racist Beliefs, They Want You to Say So at Dinner”: Yaara Sumeruk on Her Doc Short, If We Say That We Are Friends 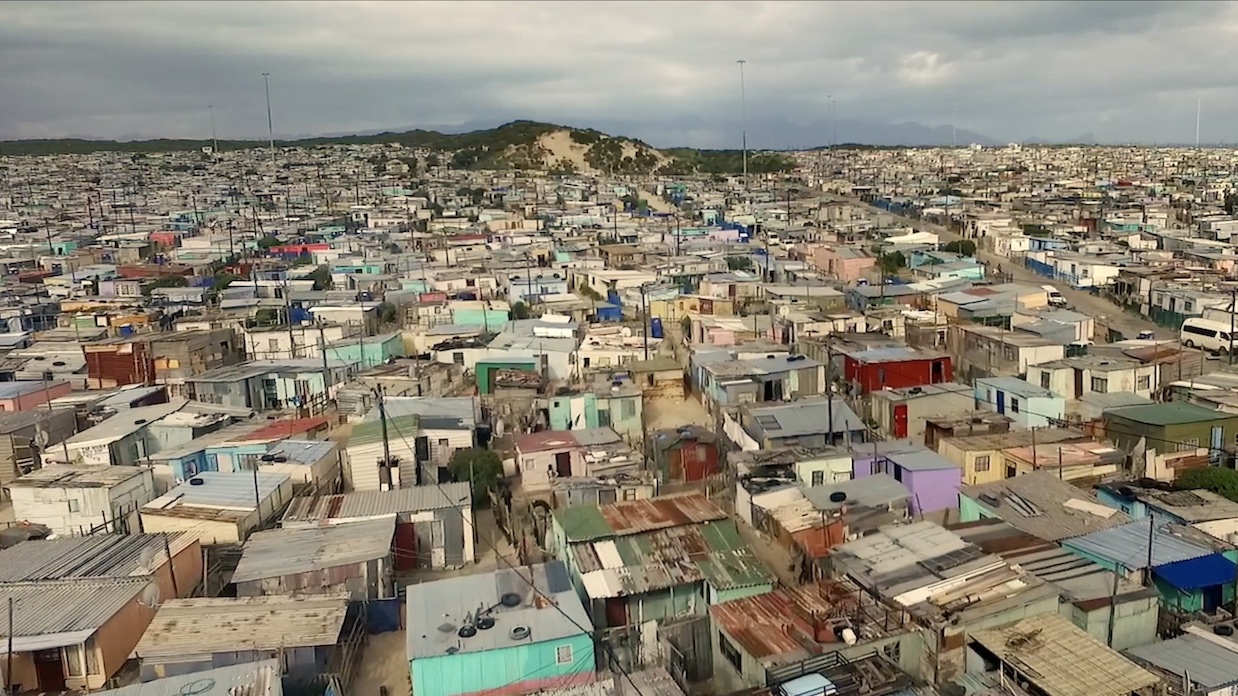 by Scott Macaulay
in Directors, Interviews
on Oct 20, 2019

Making its world premiere at the recently concluded Camden International Film Festival was New York-based, Argentinian/South African director Yaara Sumeruk’s short doc, If We Say That We Are Friends, which, in a taut 17 minutes, sits the viewer down into the midst of a warmly unusual conversation on race taking place across dinner tables in the Cape Town South African township Khayelitsha. The organizers of Dine with Khayelitsha arrange for relatively well-off South Afrikaners from the city to hear first-hand about life in the townships by joining residents for dinners of African food in their homes. (Formed in 2015, the program has since expanded to townships beyond Khayelitsha.) In this smart and assured short film, Sumeruk, whose work traverses doc, comedy and branded content, utilizes a three-act structure that places the Dine with Khayelitsha program within the broader context of South African discussions around race and inequality while also acknowledging both the strengths and deficiencies of its humanist approach.

If We Say That We Are Friends, which has been submitted to other festivals, is also being screened now by Sunshine Cinema, a solar-powered mobile cinema that brings activist filmmaking to communities across Southern Africa.

Filmmaker: First, tell us how this short came into being, and when did you first come across the Dine with Khayelitsha program?

Sumeruk: I create films about making the invisible visible and am consistently curious about the potential film has to expand our understanding of ourselves and one another. I came back to Cape Town, South Africa and stayed for four months, after living in New York for over a decade. I noticed how much the city had integrated since I lived there, but more significantly how much it hadn’t. Geographic segregation persists in Cape Town, which I could see weakened understanding locals have of one another. I started asking white people if they knew whether their cleaner or nanny had running water in their homes, and not one of them knew for sure. I read an article in the magazine The Big Issue, about Dine With Khayelitsha, an initiative started by Khayelitsha residents, that invites people into the townships that don’t normally enter them, to eat dinner and have a topical conversation — their idea being that if we break bread, we break stereotypes. There are a lot of films about race and inequality, but I wanted to make a film about Dine With Khayelitsha because it does something really necessary around the conversations around race: It doesn’t just highlight the lack of understanding we have of one another, it also exemplifies the problems that people of color experience when talking to white people around race; the burden of the obligation to generate understanding in the first place, and the burden of the emotional labor when talking about inequality, like tending to white fragility.

Filmmaker: A short film about the Dine with Khayelitsha could take many forms, and yours is something of a three-part structure, beginning with a historical overview of the South African townships, and then going into the dinner preparation, with a particular focus on the cuisine, and then leading into the dinner conversations, which themselves work through an arc of sorts. Tell us how you shaped the short and envisioned the structure it would take?

Sumeruk: Dine With Khayelitsha began so that people who’ve never entered a township could come in and be de-mystified, so that points of view would be shaped by personal experience instead of what was was seen in the media or the legacy of segregation. I wanted the structure of the film to echo this idea of de-mystification, or clarifying. That’s why I added in the historical context of how the townships came to be, because I worry that some basic history is not common knowledge, and this ignorance perpetuates stereotypes. What’s genius about Dine with Khayelitsha is that there’s nothing that humans have more in common than food, and meals are a structure for communion the world over. So the second act where we see the food being bought and cooked seemed essential to a film about whether or not we can generate new understanding. In the last act I really wanted to let the viewer be a member of the dinner, both to experience the intimacy and the discomfort of difficult conversations.

Filmmaker: I was struck by how forthrightly you dealt with what could be considered qualms about the effectiveness of the Dine with Khayelitsha program in the concluding conversations. There’s a glossier version of this subject matter that doesn’t delve as much into this critique. Could you discuss how this more nuanced point of view developed?

Sumeruk: The title of the film comes from a line that Thando Dyasi, our narrator, says: “If we say that we are friends and we never fight, there’s a problem within our friendship.” That’s what drew me to Dine in the first place; they welcome nuance, discomfort, challenge. They insist on difficult conversations because those are the ones that have the potential to crack deep seated beliefs. If you have racist beliefs, they want you to say so at dinner. If you’re scared to be at the township, say it. It would’ve been a disservice to the dinners and to the guys who host them if we created a piece that was simply “feel good” or presented these dinners as a silver bullet.

Filmmaker: Where does short place in your own career trajectory? You’ve made short films, branded content, comedy work. How did your previous work experience shape this short?

Sumeruk: With my film Ringo I was making female desire and the repression of that desire seen. Dark comedy was the best genre for this film because comedy — and specifically laughter — disarms us. It’s almost a sneaky way to to make sure difficult emotions land. If We Say That We Are Friends also makes the invisible visible: everyday individuals attempting to steer the course of the country towards equality, one dinner at a time. That, and the fact that the privileged minority don’t have firsthand knowledge of how the majority of the country lives. I wanted to create a documentary instead of a narrative so that no one could deny the inequality that persists. You could say that I’m agnostic when it comes to genre, in that I take a long time to think about what form the subject is demanding so that I’m never forcing a subject into a genre or vice versa. My background in story editing narrative films helps me shape emotional arcs in documentaries, and my background in documentary distribution has inspired me to test boundaries of how I’m using the camera in narrative films.

Filmmaker: What’s next for you after this short?

Sumeruk: I’m developing a magical realism feature narrative about a court interpreter who suddenly develops the ability to interpret body language instead of words. I’m also developing a feature essay film called an Optimist Trapped in A Pessimist’s Body about transformation — both personal and political — in the face of trauma.

If We Say That We Are Friends :: Trailer from Yaara Sumeruk on Vimeo.