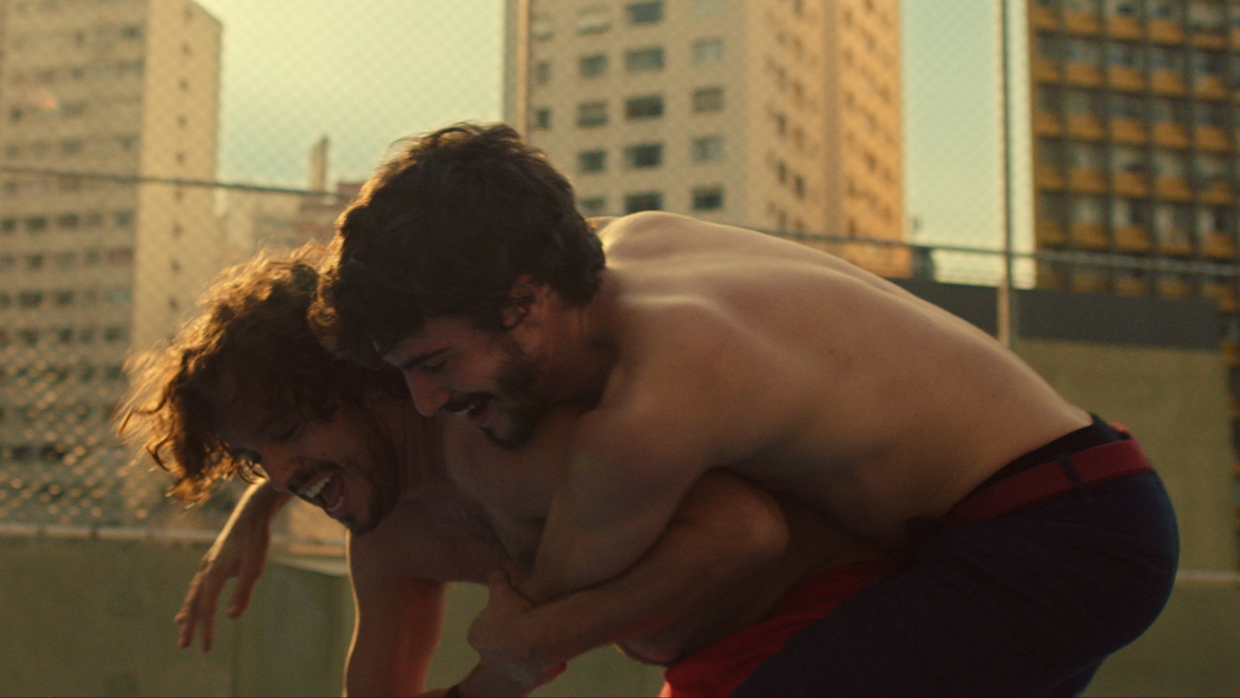 Two teen girls lust for each other in post-Dust Bowl Oklahoma. A pregnant writer visits her parents in China and confronts her father’s closeted homosexuality. A Filipina punk-rocker is sent from Manila to the countryside and falls in love while attending an all-girls Catholic school. A meek farmhand and a police officer become lovers despite the oppressive anti-gay legislation in rural Siberia. A trans TSA agent grapples with the prospect of de-transitioning in the face of ostracization.

These varied narratives account for a mere fraction of the films that will screen at the 31st annual NewFest, also known as New York’s LGBT Film Festival, which will run from October 23-29, with screenings held at Cinépolis Chelsea, the SVA Theater, and The LGBT Community Center in Manhattan. In total, 164 films will screen: 27 narrative features, 14 documentary features, 15 episodic series, 8 specialized screenings, and 100 short films.

“Everyone can find their story at NewFest,” said Nick McCarthy, who has curated the event as director of programming and operation at NewFest since 2016. McCarthy also programs the year-round “Coming Out Again” series at the Quad Cinema, which highlights LGBT films from different countries and time periods.

Founded in 1988 and originally dubbed the Gay Film Festival, it was created in the wake of the 1987 March on Washington for Lesbian and Gay Rights when the LGBTQ community was in the midst of the AIDS crisis, establishing a vital outlet for a dwindling community to amplify their voices in a society that was actively suppressing them.

“Film is the most all-encompassing medium in the way that it can open both heart and mind together,” said McCarthy. “Being able to sit in a dark room and experience someone else’s story on screen has had an immense amount of impact, especially when it comes to the stories of marginalized people.”

The festival has evolved immensely since its inception, and while its name suggests a predominance of New York-centered tales, the festival has an enormous international reach, with 32 countries represented this year. In particular, the festival has become a crucial haven for queer filmmakers who would not have a platform in their native countries.

Last year, NewFest screened Rafiki, a lesbian love story that was banned in the director’s home country of Kenya due to its openly gay characters.

“One of the main themes of the festival this year is more of a call to international cinema, because we want to make sure to be inclusive of voices throughout the world that are also facing a variety of issues and oppression,” said McCarthy.

Many of this year’s international selections are urgent due to their respective countries’ homophobic legislation. The election of Jair Bolsonaro as president in Brazil last October stoked the flame of LGBT-targeted hate crimes in the country, already colloquially known as the LGBT “murder capital,” prompting a curatorial eye on Brazil for this year’s festival.

Among the Brazilian films featured is the world premiere of the narrative feature Music for Bleeding Hearts, directed by Rafael Gomes, a romantic comedy that features a trio of lesbian, gay and bi friends who experience the ire of cupid’s arrow. Three documentary films from Brazil will also be featured, including Queen of Lapa, about a trans sex worker who houses, supports and takes care of other trans sex workers in Lapa, Rio de Janairo. Mr. Leather profiles the kinky leather subculture of Brazil that participates in the titular competition. Your Turn follows student activism in Brazil, particularly in the wake of Bolsonaro’s election. There is also an entire shorts program called “Postcards from Brazil” which depicts the experiences of disenfranchised Brazilians.

There is also the world premiere of the narrative feature Siberia & Him, in which two brothers-in-law become lovers despite the complete lack of civil rights for gay people in Russia.

Featured among the international selections is also the Bolivian Oscars submission, Tu me manques, which will close out the festival. While Bolivia is one of the few countries in the world that offers constitutional protection for LGBT citizens, it is not free of homophobia. Directed by Rodrigo Bellott, the film takes place in New York City and was inspired by a play that Bellott wrote while living in Bolivia. The film is melodramatic—almost Almodóvarian—and looks at a father whose gay son commits suicide due to familiar pressures to conform to heterosexuality, prompting the father to travel to New York and meet his son’s ex-lover.

While some of the films at NewFest may contain themes that are daunting in their gravity, McCarthy believes that at the crux of NewFest is the potential to open a dialogue about the realities of the queer experience.

“We think that it’s essential to have conversations around the films that we’re presenting,” he said. “We consider it that we start the conversation and you continue it.”