Dictators, Predators and Magical Thinkers (and Some Combination Thereof): Doubling Up at DOC NYC 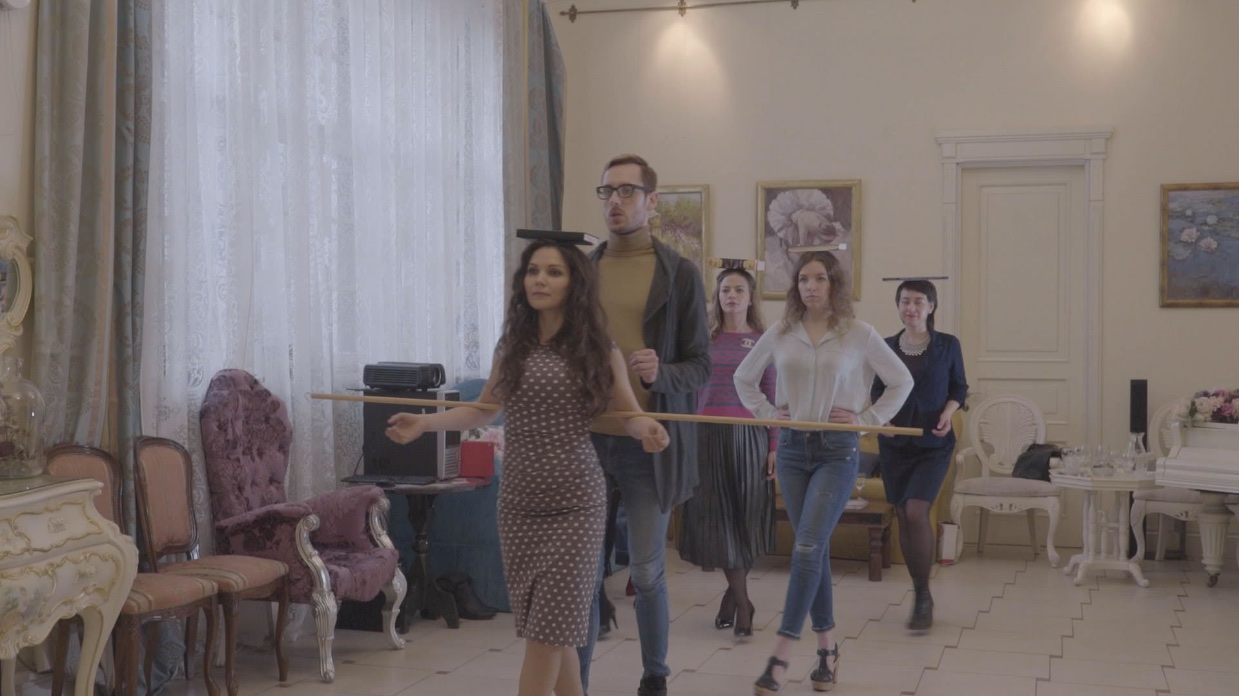 Bikram: Yogi Guru Predator, DOC NYC, Documentary, Narrowsburg, On The Inside of a Military Dictatorship, School of Seduction, The Kingmaker, The Seer and the Unseen

Now in its 10th year (though still in November, AKA doc-tsunami festival month) the upcoming DOC NYC is celebrating the anniversary with a wealth of nonfiction riches. Boasting a whopping 300-plus films and events — including 28 world premieres and 27 US premieres — this year’s edition will also be hosting an eclectic array of guests. On hand will be everyone from musician Robbie Robertson — star of Daniel Roher’s Once Were Brothers: Robbie Robertson and The Band, which opens the fest — to fashion force-of-nature André Leon Talley (who starred in Kate Novack’s The Gospel According to André just last year), slated to do a Q&A with first-time director Ebs Burnough. The duo will be discussing Burnough’s closing night doc The Capote Tapes, which is centered around never-before-heard audio recordings of the infamous author (and which just premiered at TIFF).

Indeed, there’s so much to choose from it’s hard to know where to begin. Which is why I’ve decided to pair up just six of my top film picks — all female-helmed — to perhaps inspire some outside-the-box selections (and double-feature attendance).

“Perception is real, and the truth is not,” Imelda Marcos candidly states in Lauren Greenfield’s cinematic character study The Kingmaker. And with those seven words the former First Lady of the Philippines, who was a longtime politician in her own right, concisely summarizes her approach both to politics and life.

With surprisingly intimate access Greenfield follows the (now 90-year-old) glamorous grandmother — a onetime Miss Manila — as she frets to an assistant about appearing fat on camera, dispenses money to child beggars (in the manner of feeding animals at a petting zoo), schemes to ensure the continuation of the Marcos dynasty through her politician son Bongbong (now an ally of Duterte), and wistfully skips down memory lane, recalling those good old, military dictatorship days. All of which Greenfield smartly juxtaposes with historical footage, and no-nonsense interviews with the victims of the decades-long regime, that provide the horrifying truth that Mrs. Marcos, far from disputing, is just unnervingly unable to see.

On the Inside of a Military Dictatorship (New World Order)

As I wrote in my three-star assessment (for Ekko magazine’s Starbarometer at CPH:DOX) of Karen Stokkendal Poulsen’s extraordinary film, this is “a blow-by-blow, behind-the-scenes account of the political machinations that led to the hopeful rise and downward spiral of Burma — told through intimate interviews with the country’s straight-talking military commanders, and Nobel Peace Prize laureate Aung San Suu Kyi herself. What makes the doc so remarkably chilling, though, is its slow motion, literary tragic unfolding, which leads to the inevitable clash with the Rohingya, rendering the flick a thriller and genocide the cinematic time bomb under the table.” In other words, this one will stay with you — in my case for months– long after the curtain has closed.

As someone who’s been following this sordid tale for years (I’m a sucker for stories about gurus gone bad) I wasn’t sure Bikram: Yogi, Guru, Predator would add much to my knowledge of the saga of Bikram Choudhury, the fast-talking, India-born, Speedo-wearing celebrity behind the hot yoga craze, who fell from the Beverly-Hills high life after numerous female students came forward with allegations of sexual assault.

Fortunately, Oscar-winning filmmaker Eva Orner (Taxi to the Dark Side) puts a cinematic, quite nuanced spin on the disturbing proceedings, employing vast amounts of archival footage of Choudhury, including posing with politicians and movie stars, making the talk show rounds with his young yoga-champion wife, and presiding from a podium over sweltering classes (with a personal air conditioner at his back). And then she counters this carefully staged record with the actual truth.

For the women (and two men) who sit for Orner’s interviews, from those victimized to those who were fully aware of the predator behind the guru facade, come across as not only credible but, well, pretty damn normal. Though all true believers in the ability of hot yoga to heal both body and mind, none remotely seem like cultish followers. Indeed, all these folks were just as business-minded as Choudhury himself, who franchised his so-called “invention,” then took advantage of the students who paid thousands of dollars to take his teacher training classes in order to get certified to open their own Bikram studio. In other words, report a rape at your own financial peril was part of the Bikram mantra.

And by taking this approach Orner reminds us of what too often gets lost in salacious, headline-grabbing details. Sexual assault isn’t sex, it’s not personal. It’s merely the business of sadistic power.

Watching School of Seduction, a WTF doc from Russian filmmaker Alina Rudnitskaya, was a jarring experience for me, especially since I saw the anti-feminist film at the female-powered CPH:DOX. Rudnitskaya is the director behind an earlier doc, the short Bitch Factory, which tread the same territory over a decade ago, so her fascination with the “art of seduction” as a business opportunity/scam seems deep and long-running.

Narrowsburg (Behind the Scenes)

Narrowsburg — an IFP project — stands in stark contrast to Martha Shane and Lana Wilson’s After Tiller (which follows the few brave doctors still willing and able to perform third-trimester abortions here in the US) in both subject and style. Incredibly cinematic — right down to employing clips from Hollywood’s classic ode to chicanery The Music Man — Shane’s film delves down the rabbit hole of recollections from the small townsfolk of Narrowsburg, New York, a sleepy locale that a mysterious couple preyed upon, and promised to transform into the “Sundance of the East.”

Through Rashomon-style interviews with all the players, often staged in shadowy lighting against a movie theater set, Shane drops us into a truly twisting tale starring a wannabe mobster (and real Hollywood actor) and a French (or perhaps South African) maybe film producer. Also their glamorous film festival turned shit-show, and their locally-made movie that both reinvigorated and ripped off an entire community.

But what’s most compelling is that Shane seems to deeply understand con artistry — that there are two words there. Con, yes, but also artistry. The reality is that tricksters can ruin lives while simultaneously providing a placebo effect that offers real hope. In turn, making their unwitting marks believe in themselves and their dreams. And that’s how we get entertainment.

The Seer and the Unseen (Green Screens)

If you’ve ever wondered how to peacefully coexist with your invisible neighbors this is the doc for you. One of the weirdest flicks I caught on the fest circuit this year, the latest from award-winning filmmaker Sara Dosa (ReMastered: Tricky Dick and the Man in Black, The Last Season) introduces us to a world few have ever seen. Not that of elves, trolls and the “hidden people” of Iceland, but of those who wholeheartedly believe in their existence.

Dosa’s film follows an Icelandic “seer,” a hippieish woman named Ragga, who acts as a liaison between the “unseen” and us homo sapiens rampaging through their sacred soil, both unwittingly (one average Joe consults Ragga on how to avoid destroying an elf village near his home) and purposefully (Ragga and fellow environmentalists stage a demonstration to block building on volcanic rocks that the hidden people call home). By the end of The Seer and the Unseen you’ll begin to wonder who in fact is engaged in magical thinking — the activists fighting against the destruction of folkloric land, or the economic developers firmly convinced that free enterprise has no costs.