“It Was an Era of Reinvention After a Terrible Trauma”: Five Questions for Ebs Burnough about His TIFF-Premiering Doc, The Capote Tapes 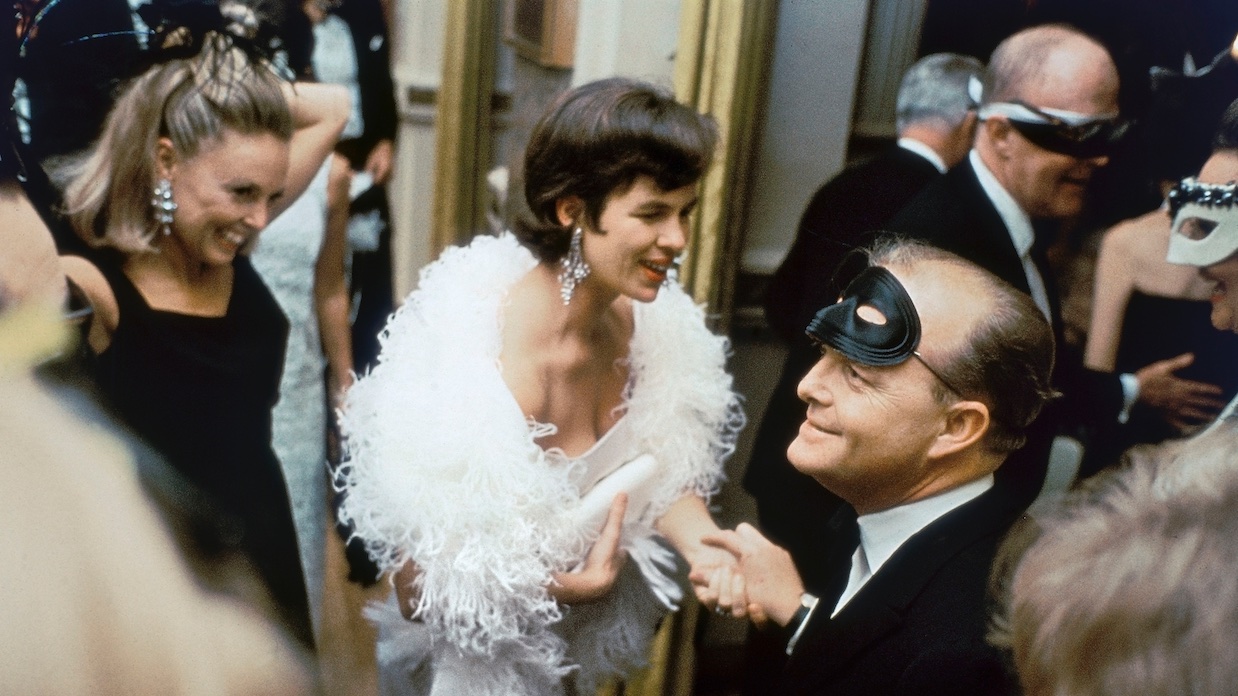 by Scott Macaulay
in Directors, Interviews
on Sep 8, 2019

Dramatic feature films like Bennett Miller’s Capote have dramatized the life of the late Southern author by focusing on the time surrounding the writing and release of his classic piece of non-fiction storytelling In Cold Blood — a work that’s had astounding influence on today’s true-crime landscape. Now, another chapter of Truman Capote’s life is analyzed and evoked in the documentary debut of Ebs Burnough, The Capote Tapes. Although it covers Capote’s whole life, the doc, which premiered at the Toronto International Film Festival yesterday, focuses heavily on Capote’s final years and the writing of his unfinished novel, Answered Prayers, a fictional expose of the rivalries, jealousies and foibles of the Manhattan high society that Capote was so much a part of. As such, it’s a fascinating debut for Burnough, who heads his own marketing and event production company, Ebs Burnough Solutions, and who was previously the Obama administration deputy White House social secretary. Below we discuss Capote the artist, the doc techniques Burnough used to bring him to life, and how his story speaks to the present day.

Filmmaker: In an age when both gossip and social commentary are disseminated so differently (via social media, etc.) than they were during Capote’s life, what was particularly interesting for you in examining the life and work of the author — and focusing, in part, on Answered Prayers — at this present historical moment?

Burnough: Answered Prayers changed everything. Just as he had with In Cold Blood and the creation of the “non-fiction” novel, Truman once again broke the rules. Except this time they weren’t literary rules, they were the social code that the global jet-set society lived by. Simply put, he wrote a tell-all. Today this seems so benign because our culture waits with bated breadth for unauthorized stories to be released and for gossip websites to update us via any manner of social media. But when Answered Prayers was released in Esquire it was a scandal that was felt throughout “high-society” around the world. Truman pulled back the curtain and allowed everyone to see that the perfect lives that were pictured in fashion magazines weren’t so perfect at all; in fact in many cases they were awful.

Truman opened Pandora’s Box. You don’t get today’s obsessive and intrusive celebrity culture without him having first blown it wide open with Answered Prayers. The fallout from writing the book was of course swift and brutal; and so many people questioned why he did it. But living in this era, I also found myself wondering what made those individuals he wrote about think they were exempt from coverage? It was still an era when a select few people controlled all of the media and they did so with an eye toward protecting one another, their families and close friends. But Truman changed all of that. In a way, he democratized the celebrities of that era, whether intentional or inadvertent. He made these gods and goddesses something they deigned to be; relatable, human. And as I look around at our celebrity culture today, I can’t help but notice that the one thing everyone aims to be is just that.

Filmmaker: What was your own first connection to Capote and his work, and how does it speak to you personally?

Burnough: I grew up in the South, so Capote’s literature always hung in the air. I had knowledge of it but no real substance of it until around the age of 12 years old, when a librarian at my school suggested I read some of his short stories. I quickly fell in love with “Miriam,” “A Christmas Memory” and “The Thanksgiving Visitor.” The writing is so magical that it just transported me to another place. And then I read Breakfast at Tiffany’s, and that was everything I was secretly dreaming about. It was New York City, fashion and parties and intrigue; and still it had a sadness to it. It’s a story about a girl running away from herself but always still having to come back to who she really is. Those were powerful lessons for a little black gay boy in Tallahassee.

Filmmaker: Could you discuss how you landed on the particular blend of techniques you use to bring Capote to life — talking head interviews, archival, recreations? What was important to you to convey about Capote and his life, and how did these elements help you realize that?

Burnough: My great-grandmother used to say that “The more things change, the more they stay the same.” I needed to show that Truman is as revenant today as he was 35-plus years ago; that his story is not a one-off from the past but a very real and palpable story in today’s world. There are lessons to be learned from his life that are tools for people living right now!

The archival footage and certainly the audio tapes were an amazing gift, but they could have easily kept the film rooted in the past. I wanted the “living memories,” (particularly those of Kate Harrington and Dotson Rader) to fully flesh out Truman the man. The same was true with certain film clips. To Kill A Mockingbird, for example, remains an essential read globally, but the clip where Truman is represented helps bring him into the consciousness in a new way. It’s an old clip but it triggers a relevance that perhaps had not been there before. He was such a multidimensional person, that I couldn’t wrap my mind around telling his story without a variety of different elements.

Filmmaker: What did you learn about Capote and his era through the process of doing this film that you didn’t know previously?

Burnough: I don’t think I really understood how much so many of these people were hurting. Despite the glamour and the chic facades, almost everyone in Truman’s orbit was terribly sad, disappointed, lonely or angry in some way. So much of that era’s glamour and chicness is a response to the austerity of the World War II years. I had forgotten that many of those people, both men and women, were still recovering from the trauma of the war. hey were building big businesses and fashionable personas, but a great deal of it was hiding personal pain. I certainly knew that there was unhappiness amongst many of the rich, but I didn’t grasp how widespread it was. It was an era of reinvention after an incredible trauma.

Filmmaker: Finally, through your work with your own company, on political campaigns, in event production and as a White House Deputy Social Secretary, you have witnessed the ways in which entertainment, culture and social events can shape public perception or advance political ideas and agendas. So much of The Capote Tapes seems to harken back to a radically different time, but is that truly so? What are the correspondences between the ways in which Capote’s circle functioned in your film and today?

Burnough: Whether you’re a politician, CEO, movie star, parent, or child, the one thing we all want is agency over our story. Every human being wants to tell their very unique story in their very own way. Sometimes we embellish the story, and sometimes we tell it in its rawest form; but our primal instinct is to tell our story the way we want it told, when we want it told, and to whom we want it told. That truth was the case for Truman’s circle and it is the case today. And of course, fame and notoriety add an additional dimension to the storytelling. Truman’s circle, much like the politicians and elected officials I’ve worked with over the years, always wanted to keep a tight hold on their public profiles, because one false move and the entire house of cards could fall down. One wrong statement on the campaign trail can end a candidacy, one nasty gossip column can ruin a celebrity’s career. The difference between the two eras is that today, we expect it. Politicians, socialites, celebrities, they all know that they are one step away from being on the cover of a magazine with an unsavory caption. Truman’s circle didn’t know that. They still lived in a world where the press didn’t report that President Roosevelt was in a wheelchair or that JFK had Addison’s disease. They lived in a time where the picture they painted of themselves and their families was the only picture anyone got to see. And the irony is that it was Truman who ended that era by writing Answered Prayers.