Outside of the “Business-Oriented U.S.,” A Showcase for U.S. Independent Films: the 2019 American Film Festival in Wroclaw 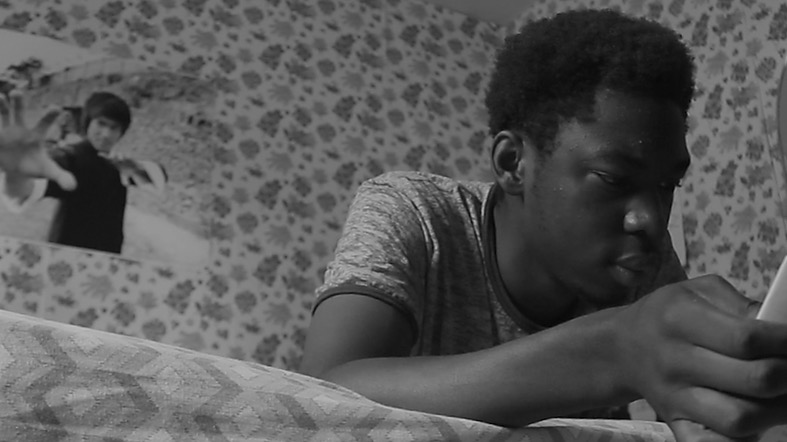 Cinephiles looking to cook up a zesty decade recap of the best in American indie film could have taken a Polish holiday this fall and landed in the eastern European cultural capital of Wroclaw for the 10th annual American Film Festival. The intensive marathon nods to red-white-and-blue archetypes in branding, which makes festival avatars of such staples of American mythology as motorcycle cops, 18-wheelers, Afro-sporting disco queens, football running backs, astronauts and desperadoes. Its mission, however, is at once more incisive and expansive than all that apple-pie iconography, distilling highlights and discoveries from the year’s major U.S. film gatherings, sprinkled with major releases and retrospectives devoted to pioneering indie auteurs.

In addition to a “best-of” decade survey that spotlighted films by the Safdie Brothers, Alex Ross Perry, and Josephine Decker, to name a few, the festival offered thoughtful attention to underappreciated indie dramas like Martha Stephens’ To the Stars and exposed Polish audiences to the sheer weirdness of uncut Americana in Wrinkles the Clown and Red, White and Wasted. The actor-turned-director Mark Webber joined producer Jay Van Hoy (The Lighthouse, American Honey) as a recipient of its annual Indie Star award, devotedly present for often emotional Q&As throughout his retrospective.

On a more integral level though, the festival also has done a lot to a rising generation of American filmmakers, building up a talent magnet through its US in Progress program (shared with the Paris-based Champs-Élysées Film Festival). Over nine of AFF’s 10 years, USIP has given international festival programmers and distributors an early look at promising new productions as well as assisted producers and directors with post-production prizes that get their films across the finish line — as well as showcasing the work of various Polish studios who provide the services. The program’s alumni include Jennifer Reeder, Jessica Oreck, Joshua Z. Weinstein, Mike Ott, Nathan Silver, Joel Potrykus, Celia Rowlson-Hall, Onur Tukel, Lawrence Levine, Matt Porterfield, Haroula Rose, Madeleine Olnek, and Amy Seimetz, among many others.

“We hope we helped young ambitious filmmakers realize there is a market for their auteur work outside of the business-oriented U.S.,” said Ulka Śniegowska, artistic director of the festival.  “There is Cannes and Berlin, but here also audiences appreciate their singular voices. Obviously, on a more local scale, we clearly convinced Polish young people and culture-savvy groups that there are tons of fascinating filmmakers that are not released widely on screens, but are the heart and bloodstream of American filmmaking.”

This year’s USIP showcased films in various stages, from provisional assemblages to work primed for a final polish. Cory Santilli’s Tiger Style!, a lo-fi coming-of-age saga shot in minimalist black-and-white, got a considerable boost toward refinement. The story counts down the days until its focus, a teenaged boy obsessed with martial arts, turns 18 and can legally break free of an abusive foster dad. “It really was a film made for the sake of having fun,” said producer Kenny Reynolds. “USIP made us raise our expectations for the film. Now we can actually have the VFX and audio work we need done by pros.”

Jonathan Cuartas, a Florida-based filmmaker whose My Heart Can’t Beat Unless You Tell It To reconsiders the vampire myth as an emotional family drama, appreciated the peer exposure.

“It’s not just industry but other filmmakers who kind of get what the struggle is,” Cuartas said. His film explores the plight of a brother and sister living on the fringes of Salt Lake City to keep their younger brother alive, despite his constant need to ingest human blood. Keeping him fed becomes an increasingly dangerous task. The homicidal excursions wreak psychological mayhem on otherwise gentle older brother Dwight (Patrick Fugit), who often fumbles the task with cringe-inducing outcomes, like a Anton Chiguhr without a clue.

The idea arose not from any genre obsession but from life: the passing of Cuartas’s grandmother after a stay in hospice. “It’s about accepting the death of a loved one.” (Protagonists are likewise haunted by loss in Morissa Maltz’s The Unknown Country and Spencer King’s Time Now, films that take very different dramatic approaches to capture the spinning psychic compasses of young women on quests for meaning).

Despite the gloom, Heart isn’t without levity, some of it derived from family karaoke sessions that offer stark contrast to the moments of matter-of-fact horror. “I wasn’t expecting it to get as many laughs as it did,” said Cuartas, whose comic beats offered a life raft floating atop bursts of plasma.

That sense of a constructive viewing space also appealed to Collin Levin, director of In a Silent Way, a comedy about a self-obsessed jazz bro in suburban Los Angeles whose delusions push him over the edge, convinced he only has a month left to secure musical immortality before he dies. The movie stars actor Nicolai Dorian as Jazzen Goodman – yep, that’s his name – a kind of spoof of Ryan Gosling’s jazz-splaining dreamer in La La Land, who carries the narrative as a running monologue captured by an unseen friend shooting a documentary. Dorian brought the character to the project, and his own guitar chops. Levin cultivated the idea of someone who foresees their own death, framed as a faux-documentary, inspired by Canadian cinema verite champion Allan King’s A Married Couple and Chris Smith’s American Movie. “We actually wrote the film before we saw it,” Levin said of Smith’s nonfiction classic, an affectionate chronicle of a would-be Wisconsin horror visionary and his tormented efforts to make a low-budget shocker. “It’s that kind of slice-of-life [approach]. You’re not judging him. You’re experiencing a person.”

At the more experimental end of the spectrum was Iva Radivojevic, a non-fiction filmmaker and much-admired editor. Her feature debut Aleph takes inspiration from Borges in a travelogue that hopscotches between continents, forming a 10-character puzzle. “It really does function as an exquisite corpse,” said producer Madeleine Molyneaux, who represented the film in Poland. “There is a clue within the work she’s doing for a month with these protagonists that she meets in different countries that will lead to the next place.”

The peripatetic framework also describes a lot of filmmakers’ experience on the festival circuit, which makes Wroclaw something more of a grounded situation for guests who get to stick around for the week. Reynolds, who also represented the Louisiana drama Lost Bayou, from director Bryan C. Miller Richard, in the main festival, relished audience’s fascination with the film’s moss-draped locale. “This a seriously specific piece of Americana – one that’s foreign to many Americans as well – but the audiences seemed to engage with the bigger themes in the film,” he said. “They really engaged in some in some of the deeper conversations I’ve had, while translated in Polish, which is an interesting and comical experience.”