Making a Microbudget Film about the Death of David Bowie and a Wormhole to the Future: Writer/Director Liz Manashil on Speed of Life 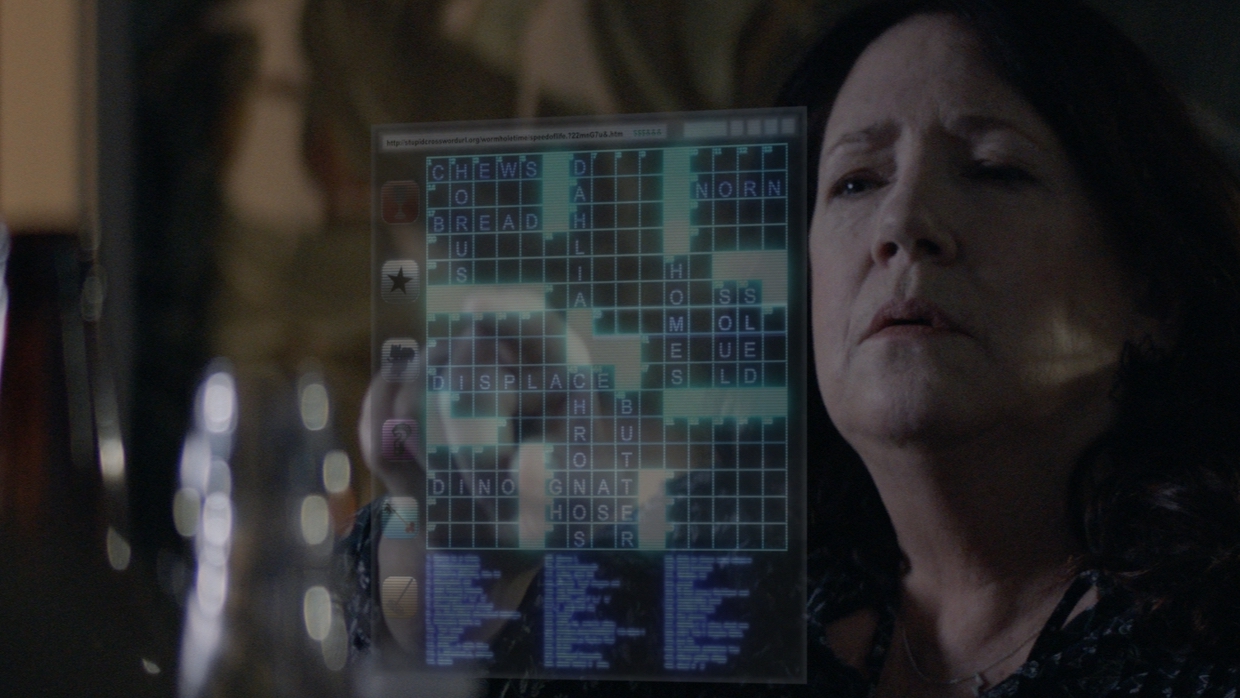 by Liz Manashil
in Filmmaking, Screenwriting
on Jan 13, 2020

The script for my time-travel second feature, Speed of Life, is set in 2016: a time that a lot of people point to as pivotal, when American society felt fractured. It follows a couple from the night David Bowie dies — and they are separated — until 24 years in the future, when they are reunited. Our version of 2040 follows 2016 to its logical conclusion: that David Bowie’s death may or may not have fractured the fabric of the universe. Our version of 2040 is dark and dreary all because our hero David Bowie is absent.

I was actually writing a completely different film on the eve of David Bowie’s death. And when David Bowie died, I was shook. I got writer’s block and so I started writing how I felt into the script just in an effort to keep delivering pages for that week. However, whatever came out of me felt right to keep in the script. It was a scene of a couple fighting because one didn’t understand how important David Bowie’s death was. As I wrote, I decided to “be audacious” (something a friend of mine, Clara, mentioned she always strives to do). Though encouraged to be bold as artists, as producers, we’re supposed to always play things safe. Write things contained and small. Make things that are easy to produce. I always help produce the work that I direct. I usually write it as well. I do whatever I can to help make it happen, make it easier on everyone.  However, in this moment, maybe inspired by the hutzpah of Bowie himself,  I decided just to go with it. Why not lean into the absurd? The draft will probably change 100 times after this one. So in this scene between a fighting couple, I also wrote in a wormhole. And with that, what was supposed to just be a writing exercise to get un-blocked, became a scene that turned into the anchor for a new script, a new idea. The resulting scene worked so well that it stayed and the rest of the movie spun out from that scene.

The death of David Bowie impacted so many people and happened around a time when American society was looking around and realizing its ever-increasing political divide. But our film, while a tribute to his power, isn’t really about Bowie. He’s pivotal, of course, but the movie stands on its own as a meditation on loss and love.

Even if we wanted to inject as much Bowie as possible in the film in an effort to fully drive home the point of his impact in the world (and in the world of our characters), we could not.  We’re not a multi-million dollar franchise film who can afford to use a Bowie song or image. In spite of this, we still tried. Our music supervisor appealed to the estate, I wrote a few letters to Duncan Jones that were unanswered. Inspired by Jim Cummings, we tried a public letter writing campaign but we were unsuccessful. Ultimately, we went forward with the film and respectfully restricted our direct references to our hero in service of the story of the film. However, in a world where gazillions of movies are made every day and unable to break through the noise, the jumping off point in talking about the film has been David Bowie. We never want to exploit him and his work, but, to be honest, David Bowie is a fantastic ice breaker. Even at the mention of David Bowie, people smile. Or have a story. His work connects us.

I’ve talked with Republicans, Democrats, athiests, Catholics; such a broad range of people who adore him. And, because the film was set in 2016, at a time where, I feel, we began to be even more of a divisive culture, he remains a unifier. And I love that our film is a bit of a time capsule to the feeling that many of us began to feel in 2016 and still do: the feeling that we live in an unrecognizable world. One where events like even a wormhole appearing out of nowhere may not shock us. We’ve been desensitized to the absurdity of this post-2016 existence thanks to the 24-hour news cycle and what feels like the erosion of healthy constructive dialogue between people on opposing sides. And, in spite of this, an image of Aladdin Sane seems to bring people together.

When writing a microbudget film there are a lot of things you’re supposed to avoid. Never work with children or animals. Don’t expect to use any visual effects. Write to one location. Avoid any reference to a notable figure or celebrity. Limit days and pages. Play it safe. Although we did shoot our film, Speed of Life, in one location over 12 days, we broke a lot of those other rules. Our film was inspired by the impact of the death of David Bowie and somehow integrates a wormhole, time travel, truly impressive licensed music and a top notch cast and crew at a lower budget level.

And how did we do that? We decided to do it and we did. I wrote a wormhole without having a visual effects budget. Somehow, some way, we connected with two different entities who were willing to bargain with us. We didn’t get to license Bowie’s music — but we did get to license amazing music by DYAN, Birthday Girls, and tUnE-yArDs. We got to work with Ann Dowd, Allison Tolman, Ray Santiago, Jeff Perry and Vella Lovell. We got to make a movie! A movie our crew cares about and is proud of.

So, my fellow filmmakers. Let’s say you want to make a crazy movie with a wormhole, that references and is a tribute to your favorite artist, and is cast with your favorite actors, and still survive and not go into debt living on the streets. You can. We did it. It’s called Speed of Life. And yes, it is ambitious and maybe it hits the mark for you and maybe it doesn’t. However, what’s the point of even making art that isn’t ambitious or audacious. If you’re looking for an excuse to jump in, please do. I’m looking forward to watching your work that breaks the rules of convention and is executed boldly and with love.