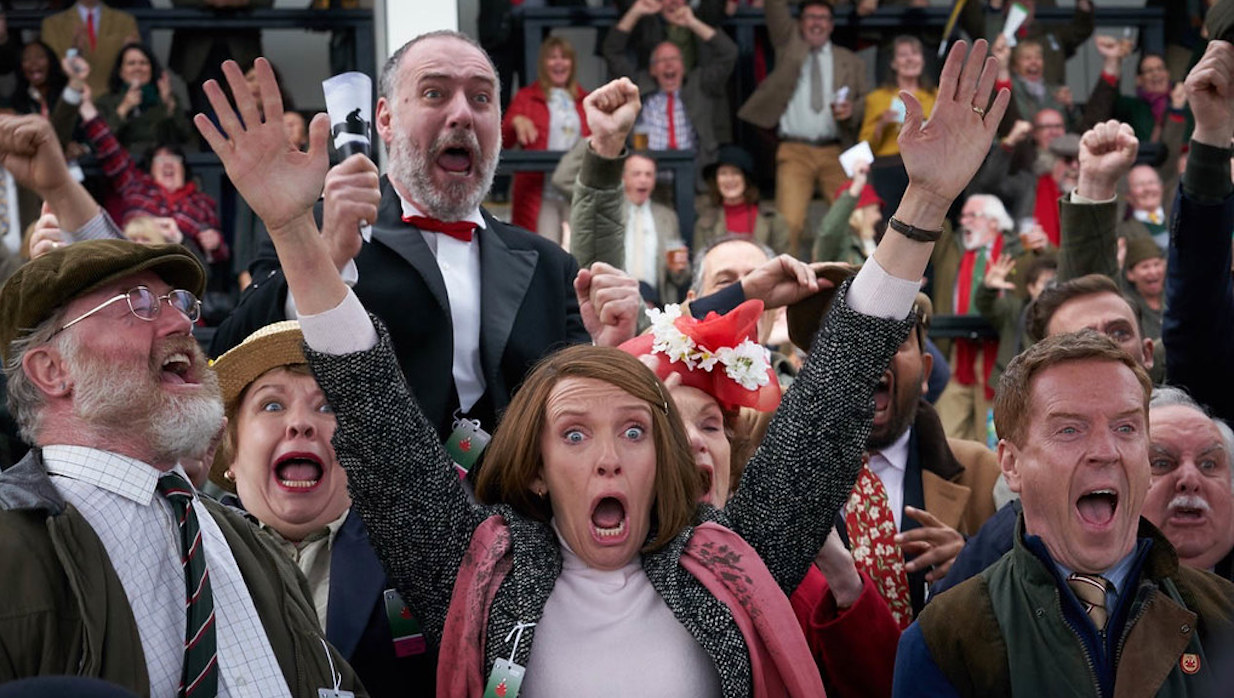 Welsh director Euros Lyn adapts a true story about one woman’s determination to prove people wrong in Dream Horse, starring Toni Collette as Jan, a waitress who suddenly takes up the challenge of breeding a racehorse, with both skeptics and supporters by her side. Sure enough, Dream Alliance, the horse and the syndicate, become horse racing champions. Editor Jamie Pearson explains how he came up in the industry, how the narrative for Dream Horse was shaped and also divulges a few spoilers. “

Pearson: Director Euros Lyn and I had worked together on various well received shows, including a TV movie that went on to win a BAFTA. Also, I’m a massive expert on horses.

Pearson: Because the film dealt with real people and actual events we felt it was important not to completely reshape the script. The writer and producers had gone to great lengths to be true to the individuals involved and we didn’t want to undo that. Obviously there was license to condense a story that had unfolded over a much longer period of time so we worked very hard to streamline the first act and more generally we introduced elements that helped us pull into sharp focus our character’s inner motivations as efficiently as possible.

We definitely felt we had license to enhance the race sequences though and worked very hard to make them not only as exciting, but also as individual and distinct as we possibly could. The story dictated that we should inject some jeopardy into the later races but it’s important to say that any danger the horses appear to be in is entirely down to editing. They were never endangered during the shoot in any way.

Pearson: There are four races in the film and they follow a symphonic journey, travelling from naive innocence via unexpected victory followed by tragic defeat before arriving at rebirth and final exultant triumph (sorry for the spoilers).

In order to give each race its own personality we used various techniques to amplify each of these weigh points along the road. Jan as the central character was a natural barometer for tone so we focused hard on tracking her emotional trajectory as each race unfolded. We also played with the syndicate’s reactions to the races, at times portraying them as a comedic chorus, at others as a guttural and hubristic mob.

We accelerated and decelerated the pace of cutting and our choice of shots became more visually jarring. Further into the film we began to introduce more subjective shots of racing paraphernalia, fetishizing flags and starting tape etc. so that they took on a deeper significance, acting as portents of doom.

To further amplify jeopardy we shifted from focusing on our characters strengths—syndicate and horse alike—to focusing on their weaknesses. This way, over the course of the film we managed to build layer upon layer of tension that when released allowed for a joyous final victory.

We played with our soundscape too, alternating between subtle and visceral. At times we skewed it from objective to subjective and back again, or chose to favour score over effects, or to completely embrace silence altogether. More generally the soundscape had its own arc throughout the entire film. We played with silence and the absence of life in the village in the opening act, and then when Dream arrives the village flourishes with birdsong and bees and nature. It’s a subtle arc but hopefully resonant.

Pearson: I started in the business as a messenger in a post-production company, working my way up to editor before leaving to work freelance. Apart from studying the films that I love and the editors that I admire, I would say that learning to understand the process of script writing is possibly the biggest influence on my work.

Pearson: I use Avid. I’ve used several different systems over the years but—for me—nothing compares to Avid. I have my own system that I’ve calibrated precisely so I can be very confident that when screening a cut in a theatre it will closely replicate what myself and the director have been watching in the cutting room.

Pearson: Editorially, the races were the most time consuming elements to cut. They were surprisingly big beasts to overcome so I broke them down into manageable chunks. After assembling the horse race elements beat by beat, I moved on to breaking down the “syndicate” beats. Then it was a matter of combining the two.

Surprisingly, some of the trickier scenes were intimate two-handers between Jan and Dream. Fortunately, Euros and the horse handlers had worked out sympathetic ways of shooting that kept the horses at ease. Toni was also enormously patient and had developed a close rapport with the horses.

Pearson: There are a surprising number of VFX shots in the final film, hopefully none of which you will ever see.

Pearson: Reading the script, I felt I had a good understanding of the themes that the film dealt with and a strong sense of who Jan was, what her relationship with her father meant and what was driving her to do what she did. I think what I learnt more from the rushes was Jan’s relationship with Brian. There seemed to be an unspoken alchemy between Jan and Brian that comes over very strongly in the finished film that I hadn’t fully appreciated when I began.