“The First Thing I Look at Is the Subject’s Face”: DP Bob Chappell on Hillary 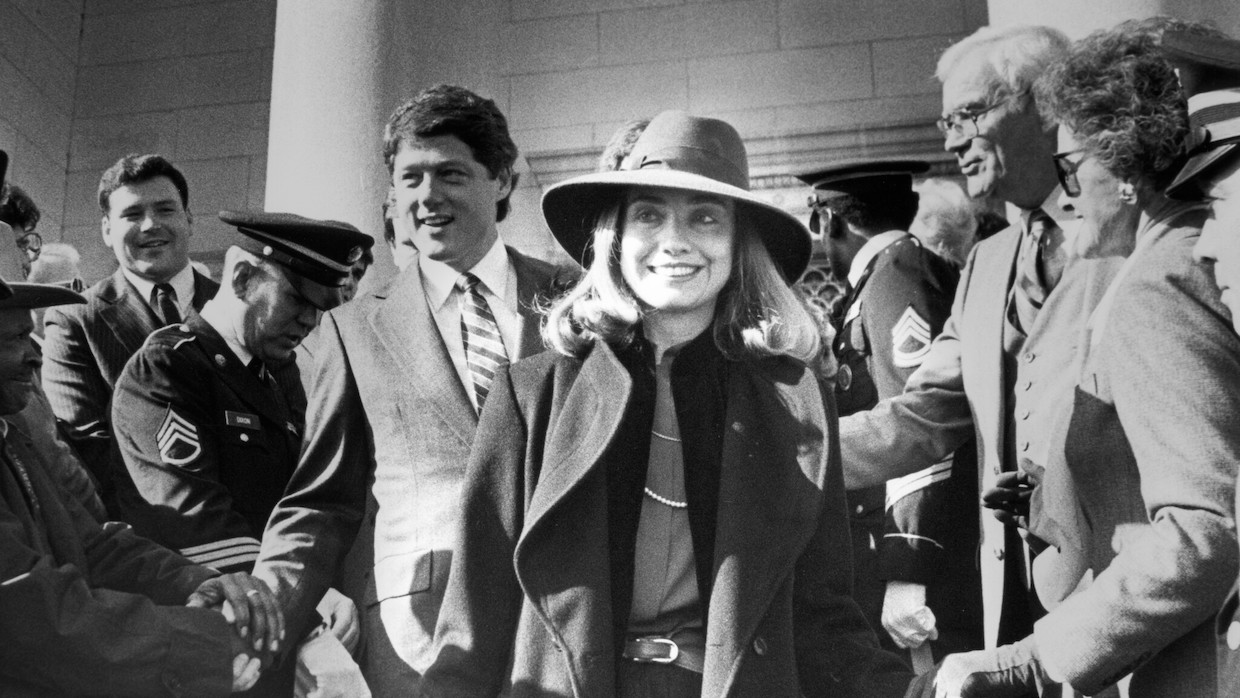 A still from Hillary by Nanette Burstein (courtesy Sundance Institute)

It often seems as if there’s no way to have a neutral stance on Hillary Clinton—she is often represented as being hailed as some sort of centrist deity or reviled by many who find her gratingly milquetoast. Nanette Brstein’s documentary Hillary—slated to be available through Hulu—will attempt to dissect the mythology around Clinton and present her as a fallible yet resilient political figure. DP Bob Chappell spoke about his excitement about the project, the difficulties of making talking head interviews reclaim a sort of cinematic appeal and the importance of lighting.

Chappell: From a personal standpoint, I am a great admirer of Secretary Clinton and President Clinton. When Nanette Burstein contacted me with the possibility to work on her film, I was eager for the opportunity not only to work with Nanette again, but to be able to meet the Clintons and other historic characters in person, even if only from behind a camera. As to why Nanette chose me over other DP’s, I would like to think that, primarily, she was happy with our past collaborations on commercials and documentary projects.

Chappell: On camera interviews are ubiquitous, therefore often taken for granted and, in some ways, intrinsically uncinematic. Much of the reason they are used is to convey audio content. However, how the audience perceives the interview subject can reflect on how they interpret this spoken content. Does the situation seem candid, and therefore more genuine? Or is it formal, feeling rehearsed and guarded? Does the photography allow the viewer a closer connection to the subject? Or does the viewing experience become more about a self-conscious photographic style?

Nanette had strong opinions about how the interviews should look. She wanted an upbeat, warm feeling, as if we were meeting someone in their own home (which was, actually, often the case). Whenever possible, we decided we wanted a window visible in the scene, suggesting a positive, “open” feeling. Also, choosing a position that has as much depth and separation from the background, a room that could “breathe”. Although we did not have the luxury of an art director, we took care to add soft splashes of color whenever possible in the background.

Having a shallow depth of field helped to achieve this look. Therefore, we shot with cameras with full frame sensors at open apertures, and normal focal length prime lenses. Usually, 50mm and 65mm, both to avoid the wide distortion of lesser focal lengths and any telephoto compression at longer lengths. Again, this was to give the audience the feeling of comfortably “meeting” the subject on the screen.

Chappell: There are so many influences that it is hard to quantify. The list would be too long. However, I like to think that I’m constantly influenced by everything I see, from all art forms and everyday reality. It’s ongoing every day.

Many of the characters in this film are important, busy people. Finding an appropriate location and time to shoot them was a constant challenge.

Chappell: We wanted to have as much separation from the subject to the background, and still be able to maintain a relatively wide medium shot. Also, I knew we would have limited control of the locations. Therefore, choosing a camera with a full frame sensor with limited depth of field made the most sense. The only choices at the time were the Red Monstro sensor cameras or the newly released Sony Venice. The Sony had the added advantage of a 2500 base ISO when needed, which proved useful in several situations. Although, I primarily chose the Venice over the Red, because I prefer the Sony color science.

I chose Cooke prime lenses, because I prefer their slight warmth, which I consider more flattering than Zeiss primes. We used mostly a 50mm S7 and a 65mm S5.

Chappell: For interview shooting, the first thing I look at is the subject’s face. As they talk, how does their face move? Do they have deep set eyes? Glasses? What side do they part their hair? Their lines, nose length, complexion, etc. Taking all this into consideration, as a whole, dictates where their key light should be.

I always light subjects with one light, except for sometimes adding a little bounce to the fill side. This is for several reasons. One, it looks more natural. Two, it’s always better to shape one light than to add. Three, I have a personal rule that it is always better to see only one light reflected in the subjects’ eyes. If you add more lights, it can become a distracting “Christmas Tree” of reflections in the subjects’ pupils. I find this distracting and unnatural, which is unfortunately often the norm.

I generally dislike backlight, unless it’s coming subtly from a window in the scene, even then only sparingly. I prefer to have the subject separated from the background by art direction.

Chappell: Many of the locations were much smaller than ideal. Having them seem photographically like larger, more welcoming spaces was a constant challenge.