“It Was a Process of Constant Experimentation”: Co-Editor Blair McClendon on The Assistant 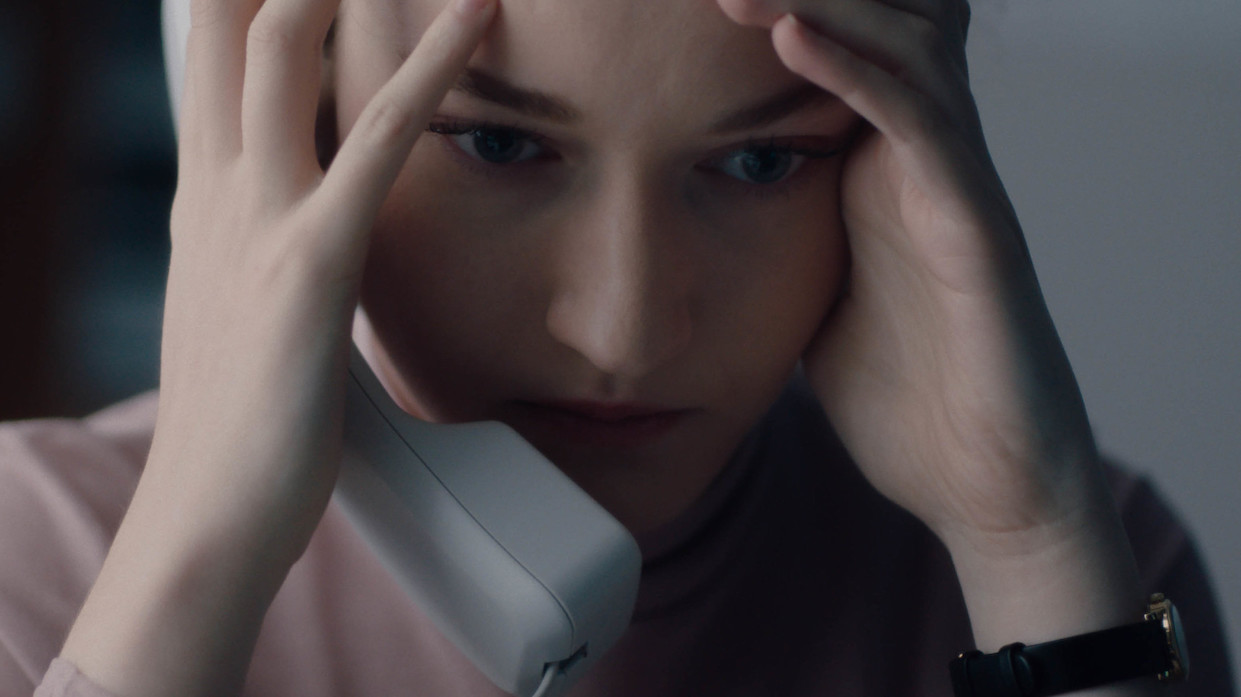 In Kitty Green’s The Assistant, 24 hours of workplace mistreatment culminate in an assistant named Jane (Julia Garner) taking action into her own hands. The nexus of this toxic workplace is an abusive misogynist whose face is never shown—an amorphous representation of the countless powerful men who have sexually abused the women who work for them. Co-editor Blair McClendon shares insight on his collaborative process and editing goals for The Assistant.  (Disclosure: Filmmaker Editor-in-Chief Scott Macaulay is one of the producers of The Assistant.)

McClendon: I met Kitty a few years ago at the Sundance Doc Edit Lab while she was there with the Art of Nonfiction Fellowship. I think we have a similar sensibility and are guided by similar formal concerns.

McClendon: It was really important to everyone on the project to avoid sensationalism in our depiction of an abusive environment. Some of that was done by the choice of character and obviously a great deal of it also comes from the care and attention to detail in the directing, shooting and performances. Editorially, it was really about making sure we were focused on utilizing the passage of time as a way to make the mundane as unbearable as it is and the unbearable as mundane as it is.

McClendon: Because of the way the film was shot, we did not have very many technical issues with the edit and it became more about a constant process of adding and subtracting a few moments, watching and rewatching, and seeing how new rhythms and durations altered our understanding of the material and how it felt. The film works based on the accumulation of facts and details, which is why it was so important that we really stay with Jane doing the work that makes up her job—making copies, making phone calls, setting up lunch. We knew we were trying to pull off something quite delicate that demands a certain kind of attention, so the feedback screenings were really important in terms of getting a sense for where the weight of the film was landing and how people were viewing the actions and choices of all of the characters, especially Jane.

McClendon: The short answer is that I’ve been really fortunate. I’ve never felt a great deal is gained from separating nonfiction and fiction cinema, so from the very beginning I worked on both sides of the fence with a group of friends from film school and later on feature documentaries, starting with Wrestle. In terms of influences, there’s a long list of people and work that really shaped my understanding of what editing is and can be in a broader sense: Robert Adams’ The New West, Claire Atherton’s work with Chantal Akerman, Chris Marker, John Akomfrah. I could go on, but I think your most direct influences always wind up being the friends and collaborators whose thinking you really value regardless of the medium.

McClendon: We edited in Avid. I’m pretty flexible about what system we use, but I learned on Avid first and I do find that it tends to be a bit more stable than some of the alternatives.

McClendon: It’s hard to think of the scenes as separate pieces, because everything in the film is about setting things up that might resonate or echo later on, but the one that had the most adjustments was probably the HR scene. In some sense, it kind of breaks the form we had established in that we really get into a classic shot reverse shot dialogue scene and a lot is riding on that scene in terms of the narrative. Finishing it was a process of constant experimentation to see how modulating a word or a gesture affected not just the scene, but everything that follows.

McClendon: This wasn’t a VFX heavy project, but the folks at Powerhouse and Company 3 were on board to do a number of fixes and composites and were really helpful on that front.

McClendon: As an editor, I think you’re constantly reappraising your understanding of what the film is, but I think the new meanings actually come from it being seen by people out in the world. I think what the film does well is take these big political struggles—against sexism, against workplace abuse—and locates them in the realm of experience. It’s important that we conceive of these issues on a large scale, but it’s also important that we are capable of seeing these broad systems of power as having specific, concrete expressions in real lives. So much of that here comes down to shrugs, glances, or sighs, which together really added up to this conspiracy of silence.