“I Wanted to Be Close to Everyone and Remain Honest”: DP Bryant Fisher on We Are Freestyle Love Supreme 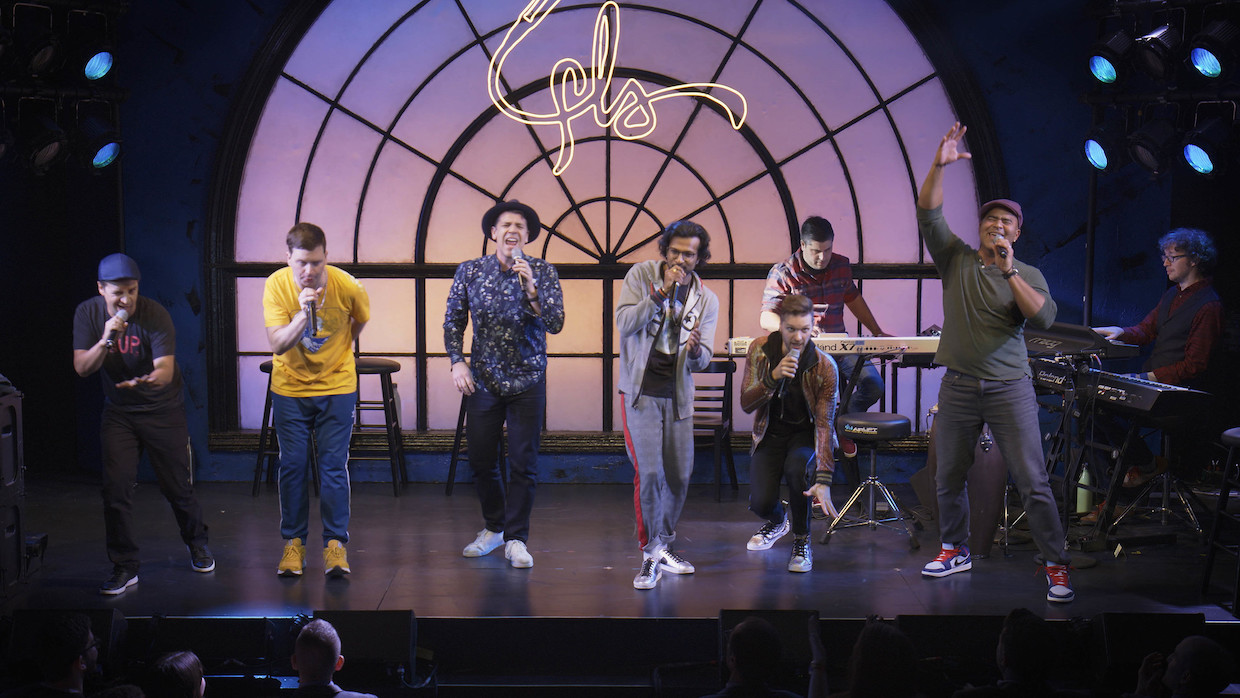 Before Lin-Manuel Miranda became a cultural sensation with Hamilton and In the Heights, he was part of a scrappy hip-hop/improv fusion troupe in New York City called Freestyle Love Supreme along with director Thomas Kail and performers Christopher Jackson and Anthony Veneziale. Director Andrew Fried began filming the troupe in the summer of 2005 when Freestyle Love Supreme was beat-boxing on NYC sidewalks, eventually following the group to their much-anticipated reunion tour in 2019. Cinematographer Bryant Fisher elaborates on the limitations of shooting live performances on We Are Freestyle Love Supreme.

Fisher: I’ve been working with director Andrew Fried for years. One day, he called to ask if I would like to shoot a documentary about Freestyle Love Supreme getting together for an Off-Broadway run. If I recall correctly, he said: “I need you for this.” How could I say no to this combination? He had footage of them from about 15 years ago in New York and the Fringe Festival in Edinburgh. The intention was to chronicle their journey from then to now.

Fisher: Andrew, Sarina (one of the producers) and I discussed how we wanted to approach this film. It was always going to be more than just a fly on the wall. We strategized our focus each day and followed the micro-stories that we felt would help tell the overall journey. We wanted to feel integrated with Freestyle so they could be themselves around the camera. Our approach was to capture their shows as best as possible within the restrictions of the theater, but also have a camera with them backstage. I wanted to be close to everyone and remain honest. I was surrounded by immeasurable talent so there was never a dull moment.

Fisher: I can’t point to a specific reference, but Andrew, Sarina and I would discuss each day’s approach. Sometimes we had specific goals and sometimes we said: “Let’s just see what happens.”

Fisher: Something I was grappling with were the limitations inside the theater. Their shows are so brilliant and unique each night. I was nervous that having one mounted camera and myself in the crowd wasn’t enough to represent the feeling of being there. In the end, I think we captured the magic of each night.

Fisher: I shot on the Sony Venice. I had recently tested it and knew it would be the right tool for the job. I wanted a versatile sensor that could handle all the lighting conditions we would be in. We used Fujinon MK 18-55, 50-135 and Fujinon 20-120 XZ zooms for verité and performances. The mounted camera was a Panasonic EVA1 with a Tamron 24-70. For interviews I used Cooke S4’s.

Fisher: The only lighting I did was for our interviews. Everything else was available light. We chose spaces that fit the various cast members. I lit everyone with big diffused sources and cut down where we didn’t want the light to spill. I was keen to keep a distinct light in everyone’s eye with a softbox or lantern over camera. I wanted to keep things simple but elegant.

Fisher: There wasn’t one scene that was more difficult than another. Our main location was the Greenwich House Theater in the West Village. We did enough pre-production and scouting that it felt very comfortable to roam freely with our cast and record the shows well. Our main goal was to be present and ready to capture the charming moments you see in the film.

Fisher: I shot the film in Slog. We used a custom LUT on set for monitoring and exposure. Our colorist is doing their own pass at it with some reference stills I colored in DaVinci Resolve.