“Exploring the Toll Activism was Taking on People of Color Specifically”: Smriti Mundhra and Sami Khan on Their Oscar-Nominated Short St. Louis Superman 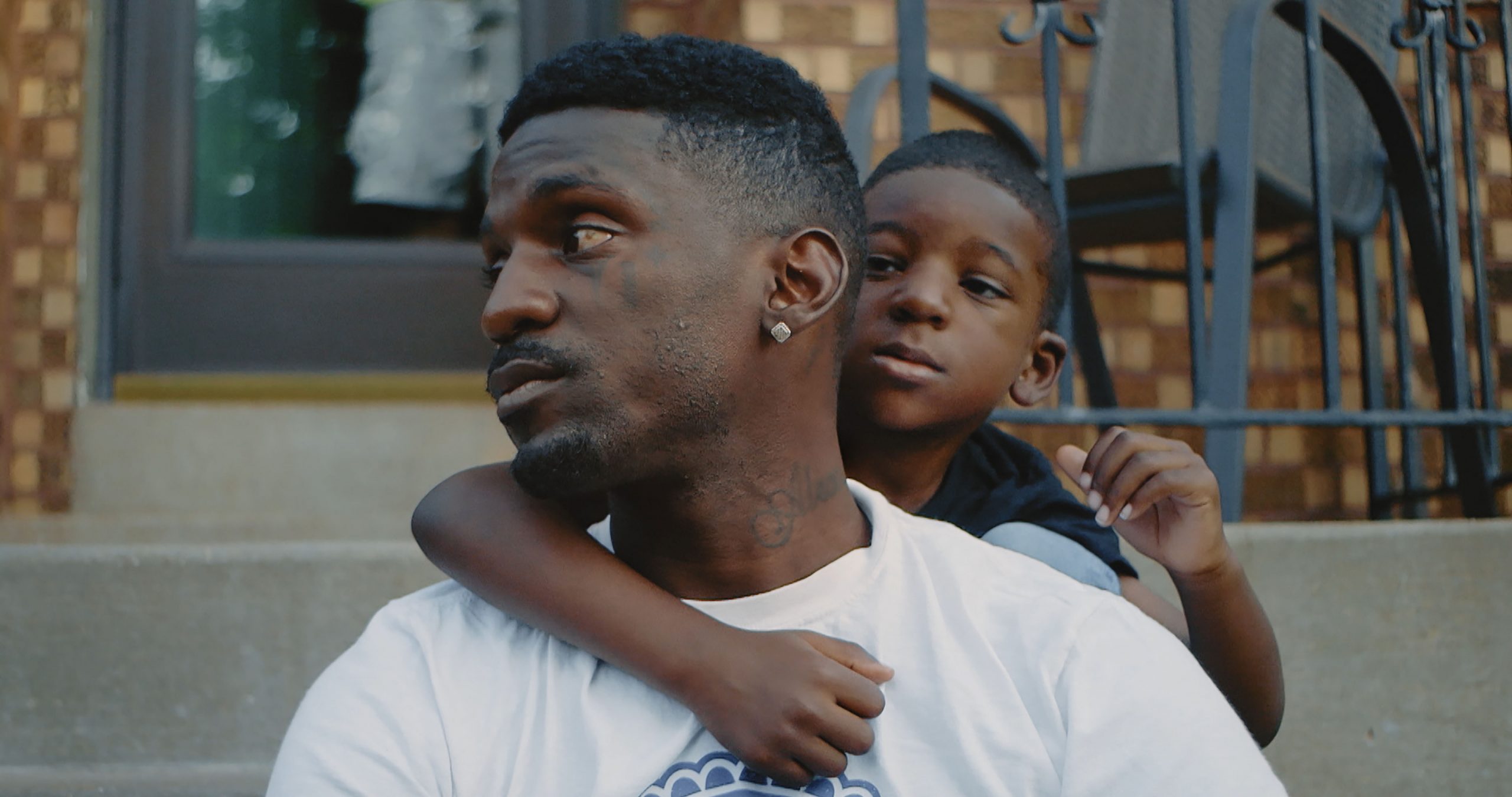 Bruce Franks Jr., an African-American resident of St. Louis, Missouri, grew fed up with senseless gun violence running rampant throughout his community. Inspired in part by the Black Lives Matter protests of Ferguson, MO following the 2014 slaying of unarmed teenager Michael Brown, Franks Jr. decided to run for office and was elected to the House of Representatives as a Democractic state legislator. Filmmakers Smriti Mundhra and Sami Khan’s St. Louis Superman, nominated for Best Documentary (Short Subject) at this weekend’s Academy Awards, chronicles Franks Jr.’s year-long quest to pass a bill that will classify youth-affected gun violence as an epidemic. With that will come a day of remembrance, June 7th, for all victims of gun violence, including Franks Jr.’s older brother, Christopher Harris, murdered on that day in 1991 when he was nine years old. A black Democrat enveloped in a frosted sea of white Republicans, Franks Jr. experiences numerous hurdles in his quest to honor his sibling and provide a better future for his son.

A senate leader, human rights advocate, protestor, local battle rapper and father, Franks Jr. is also somewhat of a superhero to the black community, and so it makes sense that the iconic “S” logo of DC everyman Clark Kent is seen hanging up in his office when the film begins (Marvel’s 2016 graphic novel Black Panther: A Nation Under Our Feet by Ta-Nehisi Coates is also glimpsed in front of a Black Lives Matter banner). Mundhra and Khan’s film is not mawkishly inspirational, however. Even when the results of the bill are revealed by the film’s conclusion, St. Louis Superman takes an unexpected turn with an ending revealing the mental health repercussions involved in confronting senseless inhumanity on a daily basis.

The week prior to the 92nd Academy Awards, I spoke with Mundhra and Khan about their initial introduction to Franks Jr., evoking community tragedy through an impromptu visual language and being open to closing their film with a dramatic, still-developing series of events relating to Franks Jr.’s increasing bouts with anxiety and depression.

Filmmaker: What was your way into this story? Were you interested in documenting the political activism of St. Louis in the years following the murder of Michael Brown and then subsequently looked toward community figures as potential subjects?

Mundhra: I had personally been feeling rather despondent after the 2016 US presidential election and had begun actively tracking local political movements as a result—not necessarily from the perspective of a documentarian, but as a citizen. I was interested in exploring the toll activism was taking on people of color specifically, and particularly after the deaths of Eric Garner’s daughter, Erica Garner, and Kalief Browder’s mother, Venida Browder. The protests in Ferguson, MO were, of course, on my radar, and Bruce’s particular story soon leapt out at me via a local newspaper profile.

Filmmaker: Was the story always going to be centered around Buce’s fight for a day of remembrance for youth affected by violence (resulting in Bill HB 1585)? Was his son’s birthday (August 9th, ironically also coinciding with the anniversary of Michael Brown’s murder) also a factor?

Khan: Yes. From an early stage in pre-production, our producer Poh Si Teng really keyed in on Bruce’s quest to pass the bill; it makes for an important spine to the film. While there’s practically no legislative “sausage-making” in the movie, the bill still forms a vital bit of structure for our story and freed us up to explore more nuanced issues, like Bruce’s relationship with his son, King, and Bruce’s struggles with anxiety and depression.

Mundhra: Early on it was clear that King (and the death of Michael Brown), would hold metaphorical significance in the film. St. Louis Superman is as much a film about coming-of-age as a young black man in America as it is anything else and King represents the innocence and childhood that is often stripped from black boys far too soon. He was also the same age as Bruce was when his brother, Christopher Harris, was killed. And then you have Michael Brown, who represents the fear every black man and black parent have when their sons leave home for the day: that they may never come back. Bruce’s journey is the struggle between those two emotions of hope and despair.

Filmmaker: Was the relationship between Bruce and yourselves seen as mutually beneficial in that your film could also be used to further his push for the bill? How was your intended approach explained to him?

Khan: When Smriti and I spoke with Bruce about the filmmaking approach we had planned, it was less focused on the political aspects of the story and more on our shared humanity, if you will, and that’s ultimately why the project succeeded. We wanted to make sure we weren’t re-traumatizing Bruce as we told his story and explored his pain. We were open collaborators with him throughout. We weren’t there to pursue an agenda but rather to help him tell his story. It just so happened that the time we filmed with him, there happened to be this incredibly pivotal moment where so many threads in the tapestry of his life were blending together.

Filmmaker: How often were you visiting him in St. Louis? Had you mapped out certain activities (his participation in local rap battles, his speaking engagement with formerly incarcerated citizens looking for employment) that you knew you wanted to cover ahead of time?

Khan: With Bruce being such an incredible and charismatic figure, we often just wanted to turn the camera on and make sure it was in focus because we knew something magical might happen. We filmed off-and-on from April through September 2018 and while we planned our shoot extensively (and had the broad contours of what we wanted to capture), part of the magic of making this film was the process of discovery and improvisation. Moments that became foundational parts of the film, like Bruce and his son outside on the stoop at the beginning of the film, were the product of that.

Filmmaker: Did you always intend the film to be a short? I ask because it’s clear that you had a ton of material (and a natural progression in Bruce’s public efforts) to document.

Khan: Yes, we were actually commissioned to make a short documentary that needed to be 25 minutes for broadcast purposes. That length proved, I think, to be the ideal format for Bruce’s story.

Filmmaker: You incorporate moments featuring off-screen voiceover from Bruce and the accompanying footage is often lit by the red-and-blue lights of police cars. I’m reminded of one shot where you have a cop car parked alongside a highway with a prominent billboard promoting an upcoming “gun show” right behind it. Rather than use archival footage, this material provides a broader context for the issues Bruce is fighting for. How did you go about conceptualizing those moments from a visual standpoint?

Khan: The moment you’re referring to was actually captured quite late in our filming process. Smriti asked my co-cinematographer, Chris Renteria, and I to drive around St. Louis to capture some atmospheric, nighttime b-roll. It had only been a short while when Chris and I, continuing to drive around, discovered that a deadly shooting had taken place at a gas station not far from Bruce’s apartment. Chris and I drove over and set up just outside of the crime scene and began filming. What we soon realized was that we were capturing a type of trauma that Bruce had been confronted with on a daily basis. He has had to hold his friends and loved ones in his arms during the final moments of their lives, and when we were in the edit, it made sense to use that footage and give the audience a glimpse of that trauma (without being gratuitous).

Filmmaker: The film concludes with on-screen text stating that Bruce has since stepped down from the House of Representatives to deal with the aftereffects of a fatal personal tragedy. How do you find that development to have deepened your story? The film feels complete and then hits us with an additional punch in the closing moments.

Mundhra: Bruce’s decision to step down from elected office came after we had finished the film and screened at several festivals. We had many discussions about whether to include an end card with that information, as it developed well outside the time frame of our production. It was MTV Documentary Films’ Sheila Nevins, our executive producer, who convinced us that we had to include that title card. As she stressed to us, life is messy and chaotic, and since we had already invested our audience so completely in Bruce’s journey, it would be wrong to leave them without this critical update and piece of information. In fact, I think the end card reinforced what Sami and I attempted with the ending of the film all along: to show that even the most heroic of journeys is complicated and tinged with pain and loss. We didn’t make this film to leave our audience feeling comfortable by the end. We wanted to subvert convenient narratives and make people recognize that heroism comes at a cost. The events relayed in the end card made that all the more apparent.