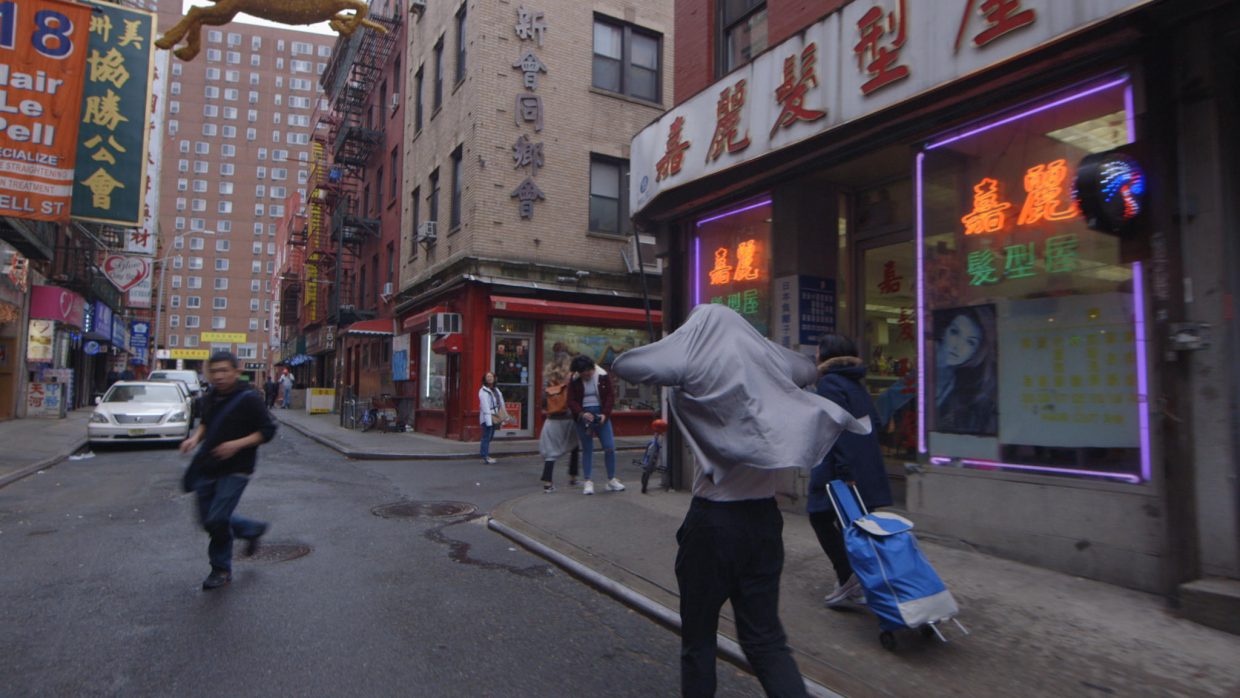 “Our films navigate what it means to exist today – the frustrating intimacies and alienation, and how the internet is not only a self-affirming tool, but also connected to our jobs and livelihood,” write filmmakers Daniel Crew and Micaela Durand in introducing their short Negative Two at Le Cinema Club, where it streams online until this weekend. “Our economy demands for us to be constantly online and we wanted to portray that simultaneity.”

Commissioned by The Shed and selected for last year’s International Film Festival Rotterdam, Negative Two, as described in the program notes, “focuses on Devin (Eric Lee), a young architect whose professional, social and romantic worlds are all seamlessly mediated by technology and the internet.”

Chew and Durand will be familiar to Filmmaker readers from this past Fall’s 25 New Faces. Wrote Whitney Mallett about the duo’s work (Negative Two as well as the prior short, First), “In addition to charting sex and dating in the Instagram and Grindr era, the films also subtly comment on what Durand and Chew describe as ‘the complicity of the creative class’ in gentrification and commodification, whether that’s accepting real estate money to fund artmaking or relying on privatized online platforms to make interpersonal connections.

Watch Negative Two at Cinema Club. And check out the trailer below.