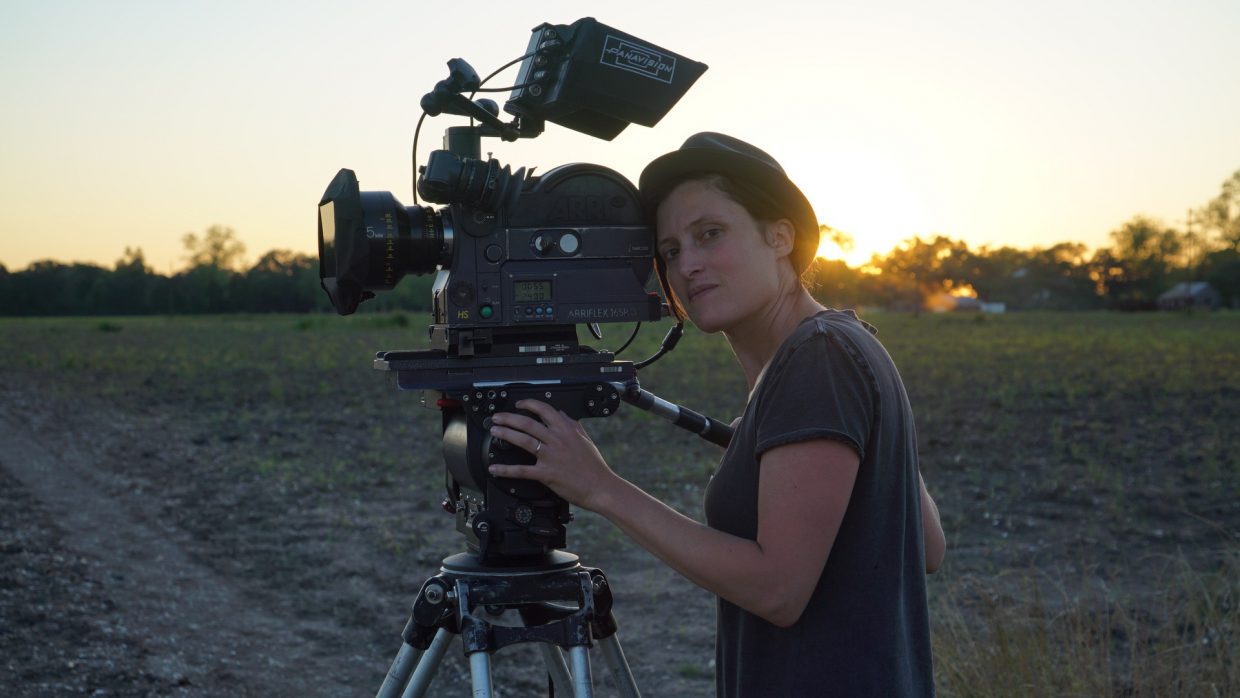 Over the past three years, cinematographer Rachel Morrison shot three features — Mudbound, Black Panther, and Seberg — along with commercials and shorts. She also directed the pilot and second episode of Hightown, a television series set in Cape Cod that premieres May 17 on Starz. This year Morrison started directing her first feature, Flint Strong, a biopic about Claressa Shields starring Ryan Destiny and Ice Cube, from a script by Barry Jenkins.

I started this morning scouting an amazing set by @keenkenzie that we were due to shoot next week. Then as we walked a stage space, @sk.buell told us in a bit of a panic that all of us with families in the US needed to get out now. I raced to my apartment to pack and am now at the airport digesting the shock and despair. We have two incredible days in the can and a beautiful cast and crew with the most amazing energy and spirit. I have been working tirelessly on this film for better part of a year. I am proud of all we have accomplished already. I am gutted by this turn of events. I am bolstered by thought of being with my family and the knowledge that health is more important than any film. And I can’t wait to get through this ‘showpocalypse’ and back to my other family, team Flint Strong/T-Rex.

Shortly thereafter, Morrison elaborated by email from her home in Los Angeles.

Filmmaker: How far along were you when the lockdown started?

Filmmaker: Do you have a date to resume production?

Morrison: No date yet.

Filmmaker: Can you hold the cast and crew together?

Morrison: Hopefully. It feels like everyone pushed the pause button at same time

Filmmaker: Are you shooting anything for yourself while you’re waiting to resume?

Morrison: Mostly just pix of my kids. Plan to dust off the film cameras at least.

Filmmaker: Where do you turn for inspiration when you’re in lockdown?

Morrison: Finally watching some of the shows and/or films I’ve missed because I’ve always been so busy working. Listening to music. Also trying to read again

Filmmaker: Is there a community you can reach out to for support?

Morrison: Mostly talking to friends but also checking in with fellow filmmakers from time to time.

Filmmaker: Are you okay financially?

Morrison: It’s a struggle for us like everyone else.  We’re a single-income family so when I don’t work there’s no money coming in.  Fortunately Universal was generous enough to pay everyone for three weeks, so that’s what we’re all living on for now.

Filmmaker: Is there an area or topic or concern that you feel is not being addressed in the media?

Morrison: I think we all want to know what the new normal looks like. Whether we will ever be able to gather in large groups again — to make films, to watch movies, etc. This topic and so many others are being covered in media but it’s all so speculative at this point.

I have found it challenging to be productive during this time because I have two children under five who demand constant attention. Also because I feel so emotionally depleted right now.  It’s hard to engage with anything as if it will all be okay again when right now it’s so far from that. Since I was in production on my first feature as director I’m not sure that I’m the right person to speak to if this is a piece specific to DP, although I will forever be a DP and do plan to shoot again.