Working in Silence: An Inside Look from a Parking Coordinator 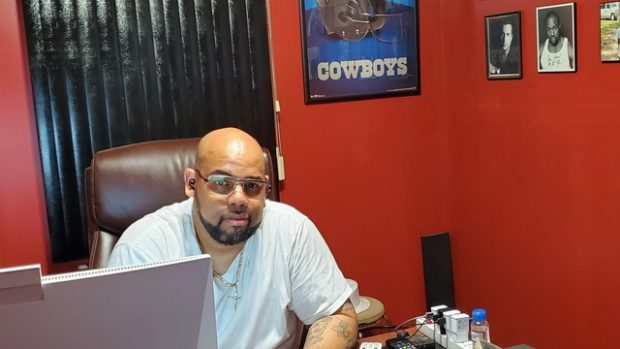 Jon Johnson, Sr. has worked over three decades as a New York City parking coordinator on studio films like The Avengers, television shows like Sex and the City, and independents such as Happiness and Big Night. Below, in an letter submitted to Filmmaker, he discusses the job of the parking PA, that position’s often estrangement from the rest of production, and systemic racism within the film production community. The letter is also published at Johnson’s site, “Working in Silence No More,” where he plans to aggregate responses and other statements from those working in the film industry. — Editor

The World Has Changed

The moment George Floyd took his last breath, I cannot imagine he knew he would change the world. The world is truly changing right before my eyes. The discussion of race and racism is at the forefront of everyone’s mind today. It is so amazing to see this. While this is a hot topic, and it seems okay to have this discussion, I wanted to share some insight into what I and others have to deal with daily. They say you do not know what anyone has to deal with until you walk in their shoes. Well, let us take a walk.

My Shoes: The Parking Coordinator and the Parking PA

I came into the film industry in 1991. I remember it like it was yesterday. It has been a fantastic experience to work and be a part of the projects I’ve been a part of in both the film and television worlds, but did you know I’ve done this while working in silence? As a Black man in a predominantly White workplace, I’ve had to work and be silent at the same time. I have countless stories of how I wanted to scream but couldn’t for fear of being viewed a certain way by my colleagues or losing employment based on just speaking out — speaking my mind. Dare if I did scream. The room would view me as an angry Black man, and no way did I want that perception placed upon me. The sad part is I would have been right in screaming or just speaking up, but I couldn’t. There has never been a platform where I would be comfortable enough to speak up until now. The New York film and television world lacks diversity, is entrenched in racism, shows overt classism and requires minority growth. The saddest part is everyone in the industry knows it. Since I’ve been in the industry, this has been common practice. Now think about what the minority worker has to deal with knowing all of this.

As the Parking Coordinator, I have to manage a Parking PA crew of 50 or more workers. This workforce is 99% minority. Yes, 99% persons of color, while the other members of the film crew in other departments are 85% or more White. I can recall countless times I have received phone calls about how one of my Parking PAs was out of line with a resident or supposedly cursed out a White resident in an affluent neighborhood. When I receive the phone call, the majority of the time, my Parking PA is in the wrong. “Send the Parking PA home immediately!” Mind you this is all based on a mere phone call into the production office or location manager. The UPM or location manager deems the phone call legitimate, and swift action must happen. Keep in mind once again: it’s a phone call from a White resident about a Black or Hispanic Parking PA yelling at them or threatening their lives while working on that resident’s block. There’s no video, so of course, the White resident is right. I must then call my Parking PA and send them home. The Parking PA can no longer work on this production. They can no longer provide for their family based on a single phone call, or more honestly, based on the color of their skin.

Now, I want you to take a moment and think about the White woman just last week in Central Park with her dog and the Black gentleman birdwatching. She attempted to use her privilege to get this man arrested. Thankfully, there was video, and we all had the chance to see the truth. Unfortunately, in the cases I’ve dealt with, there was not a video, and the resident’s privilege won. I have seen White privilege used so many times, and every time the Parking PA is viewed to be in the wrong. In my 25 plus years in the business, I have yet to receive a single call while holding parking in a Black community of a resident screaming they have been threatened or verbally disrespected. It always happens when we are working in a neighborhood where the demographic is majority White. It is very frustrating for me because no matter what I say, my worker is deemed wrong and I must now remove the worker from the ability to feed his family and himself.

I have had Parking PAs come to me to tell me that at the morning catering truck for breakfast the head chef would say to them, “You have to wait until the crew eats, and then I will make you something.” It is so crazy to hear this because the Parking PA is supposed to be a part of the crew, but in all actuality, they are not. You see, due to the deeply embedded racism in this industry the Parking PA is not viewed as part of the crew; they are the help. All so often racist jokes or stories are told by White crew members with the Parking PA standing in earshot, and all you hear is laughter. The saddest part is the Parking PA can only walk away because the fear of speaking out is real. Where can the Parking PA turn for safety? The crew? They are the ones laughing at the off-handed joke told.

Let me share the time when after parking the campers in the morning, I watched two White crew members exit a yellow taxicab and walk right up to the breakfast truck and order food. I had been there working since 4:00 AM. I walked up to the breakfast table, and while contemplating what I would grab to eat, I had another White crew member walk up to me to tell me the food is for the CREW ONLY. No one said anything to the two White crew members who exited the taxicab. Why was I singled out? I know why. I ignored the gentleman because, at that time, I had gotten tired of having to explain who I was and that I was a part of this crew, while no one else had to do the same. Most of the Parking PAs go through the same thing.

Just recently, I looked it up, the New York film industry as of 2017 was 83% unionized. Union hire and union wages have been a part of the industry since the early 1980s. Yet Parking PAs had to wait until 2018 to call themselves unionized. A sector which is 83% unionized did not see fit to take the initiative to unionize the largest departmental workforce, the Parking PAs. The fact is the Parking PAs needed to find an outside union in the CWA Local 1101 to get union wages and union benefits. Think about it — the largest workforce with over 600 Black and Latino workers had to go to an outside union for livable wages, healthcare, and pension coverage. It’s just another example of entrenched racism in this industry. For over 12 years, I went to several unions to discuss unionizing Parking PAs. The idea of unionizing the Parking PAs within the industry was not an option. 600 Parking PAs were not welcome to become a part of the unions around us, not even the unions with which we work hand in hand every single day.

Upward mobility for minority workers in the film industry is lacking. Currently, the Parking PA is unionized, yet they still deal with inhumane conditions within their daily job duties. The lack of bathroom provisions still plagues them. Even when the minority is unionized, they still lack the care and decency from the production end of the job. Refusal to provide a decent restroom for employees to use overnight seems so uncaring as it tells the Parking PA “you don’t matter.” What if the Parking PA workforce around the industry was predominantly White? I can’t help but think and believe the care would be 100% different. Sadly, what we deal with does not matter to most.

I have dedicated over 25 years to this industry. I pray that change happens. I’ve invested so much of my life to it. I have always been on the frontline fighting to change the perception, the racism, the ills which plague this industry. It has not been easy. I’ve taken the time to share with you in hopes it brings change. I have always had these feelings on my heart, but I have never shared them until today.

The lowest paid worker must receive better treatment. It is challenging to arrive at work every day feeling separate and unequal. The path for a Set PA is very different than the Parking PA. The Set PA has the opportunity to climb the production ladder, which the Parking PA does not. The largest minority sector does not have a path up the ladder. There are no diversity initiatives in place. There are no minority training programs within the industry for growth for the Parking PA. We all know the position of Parking PA is entry-level, but it shouldn’t have to remain entry-level, and it shouldn’t be a position locked in cement. I have seen Set PAs become production office workers up to UPMs. Unless you work on a production that is labeled a “Black Production,” the likelihood of growth is null and void. Diversity training and job growth opportunities are overdue. Black employees should have more of the pie inside of the film industry, and it should start within. Change is long overdue.

I sincerely hope this letter is shared among my colleagues around this industry far and wide by any means necessary. I can no longer work in silence. Much needed discussions around race are required — with all levels of management.