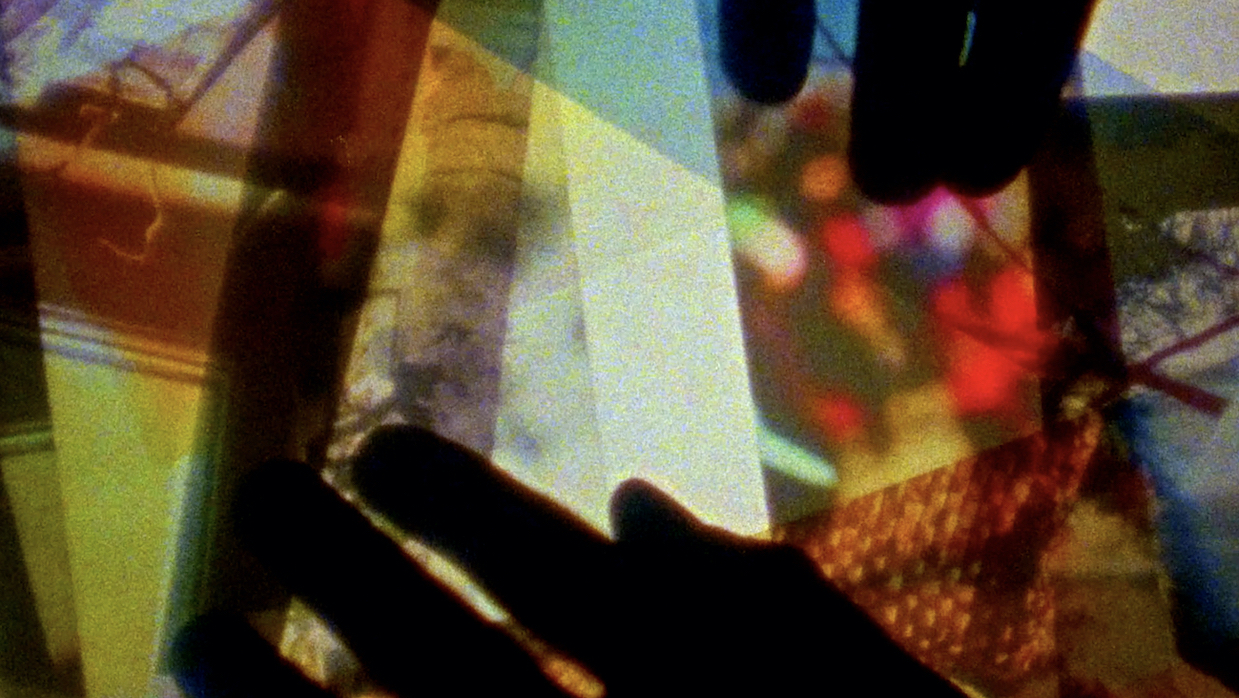 The big question for film educators this summer is how to prepare for classes this fall. Some campuses will host all of their classes online; others, like mine, are figuring out a hybrid model, with some production classes held on the sound stages with careful social distancing, masks and lots of hand sanitizer. In the meantime, many of us have been figuring out ways to inspire our students to keep making film and videos, even within the confines of their bedrooms, apartments and family homes. Luckily, there’s an exciting history of projects that demonstrate the power of a small space. Below, a few highlights from this history:

Meshes of the Afternoon | Maya Deren and Alexander Hammid | 1943

Shot almost entirely inside a bungalow on North Kings Road in Hollywood by the newly married filmmakers Maya Deren and Alexander Hammid, Meshes of the Afternoon nicely illustrates the power of a domestic space to embody a psychic space. The dreamy film offers a delightful catalog of techniques—a swinging camera creates a sense of vertigo, elliptical editing jumbles time and space, some simple effects multiply our main character. The film is an invitation to reimagine the place you inhabit as an extension of your own possibly shaky mental state after a few months of quarantine.

Reputedly shot when filmmaker, dancer and choreographer Yvonne Rainer was constrained to a hospital bed, Hand Movie is an eight-minute 8mm exploration of Rainer’s hand shot from different angles and with a full gamut of movements. Initially banal, the hand becomes increasingly strange the longer you watch and the more it moves. Fingers rub up and down, almost dancing, and suddenly you can feel the hand in your own body. For another example, take a look at Yoko Ono’s Bottoms (1966), about butts framed up close. You’ll get lost in the texture, the intersection of lines and that gaping black space in the middle. The lesson here? Make a film about a body part. Make it strange.

Many of French filmmaker Chantal Akerman’s films are constrained to small spaces—her first film, Saute ma ville, made in 1968, takes place entirely in a kitchen; the first quietly dazzling 30 minutes of Je tu il elle (1974) are set in a bedroom; and, of course, her Jeanne Dielman, 23, quai du Commerce, 1080 Bruxelles (1975) is a study of domestic space. My favorite, though, is the 10-minute La Chambre, in which cinematographer Babette Mangolte sets the camera in the middle of a small room and circles the space in a 360-degree pan, sweeping across a bed where Akerman rests, staring directly at the camera, and then back again. And again. A study of time, space and desire, this slyly brilliant meditation shows how little one needs in order to ignite the elements of cinema. Similarly, Michael Snow traversed the space of a room for Wavelength in 1967, and Ernie Gehr studied a hallway in Serene Velocity (1970). So, find a room. Explore it. Relentlessly and with good humor.

Semiotics of the Kitchen | Martha Rosler | 1975

In Semiotics of the Kitchen, Martha Rosler investigates the tools of a typical kitchen with a deadpan boredom underlined with feminist rage revealed as she demonstrates how to employ each item, including an ice pick (used for stabbing), a knife (for slashing) and a ladle (for tossing soup on the floor). What makes you mad? Can you find a way to enact this anger?

Sadie Benning’s iconic video It Wasn’t Love was shot on a Fisher-Price Pixelvision camera and features a series of scenes shot almost entirely in her bedroom. In one sequence, Benning uses a toy car to figure a road trip, and in others, she cuts in old movie footage to help tell her story. Benning’s voiceover narrative and music selects showcase the power of sound in these projects. By turns handmade, badass and subtly erotic, the video revels in its quotidian limitations, revealing an entire world that exists within a teenager’s four walls. The lesson here is to loosen up. Use a toy camera! Stay in one room!

Sondra Perry evokes the work of artist Kara Walker with this short video in which the body of a Black woman is photographed horizontally as a silhouette in a way that highlights shape and texture. The piece moves back and forth between detail and abstraction, helping viewers question our complicity in how we look at bodies. This project powerfully shows how a seemingly simple concept can render provocative thought.

For Lore, filmmaker Sky Hopinka shot a sequence of images that he placed on the glass of an illuminated overhead projector, layering and collaging them; the images were combined with a voice-over. The film is a direct homage to Hollis Frampton’s 1971 film nostalgia, in which Frampton placed photographs on a hotplate and spoke in voiceover as they burned, and is similar also to Morgan Fisher’s Standard Gauge (1984), in which the filmmaker, again, describes scenes from his life while looking at snippets of film stock on a light table. Here, the emphasis is on how to tell a story through sound and image as the filmmaker performs the story by manipulating the images. For a silent version of this same technique, Julie Murray created her short film Untitled (Time) from 2018 by pulling bits of 35mm found footage across a light table; at times, the speed comes close to 24 frames per second, and you can begin to see the film as a film, instead of as a piece of film stock. Beautiful. So, get a light table, pull together some images and perform your own narration, telling a story in the gap between still and moving images.