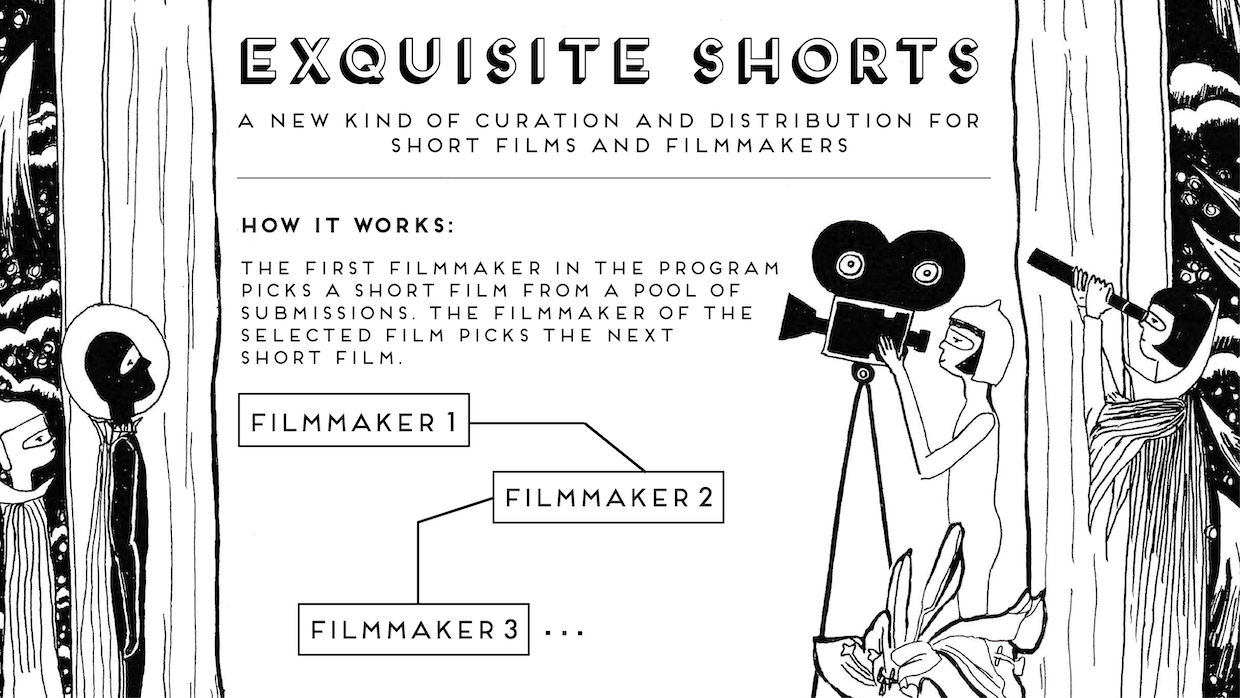 Canadian filmmaker Sophy Romvari (who’s previously written for Filmmaker) has announced the launch of a new online short festival. Exquisite Shorts is designed to create a new model for shorts filmmakers, paying them for their work while enabling the public to watch for free. The newly launched crowdfunding campaign explains how online screenings will work:

Filmmaker 1 → Picks a short film from a pool of submissions that they love, that inspired them, or that they feel could use a platform. The filmmaker making the selection will record a video introduction that will play prior to their selected film, which will detail the reasons behind their choice.

Filmmaker 2 → They are the filmmaker that was selected by filmmaker 1! They repeat the same as above, and select the next film in the program.

The festival will cap submission fees at five Canadian dollars, ignore premiere status and otherwise seek to rethink short film festival programming practices. Launched yesterday, the crowdfunding campaign to cover the initial launch, with the goal of allowing “this program to pay all participating filmmakers a fair screening fee as well as a curation fee,” can be found here.