Watch: Experimental Filmmakers Imaginatively Respond to the Pandemic in Cinema-19

CINEMA-19 from Artvamp on Vimeo.

In the brisk, 43-minute anthology film, Cinema-19, a group of experimental filmmakers respond to the coronavirus pandemic with diverse and imaginative results. The films are all 190 seconds long and, say the curator/organizers, filmmakers Usama Alshaibi and Adam Sekuler, “do not attempt to summarize the pandemic, but instead focus on the personal, the political, the sensual, the distant, the abstract, and the absurd.” Highlights include Courtney Stephen‘s poetic essay film on irises, hundreds of which she encountered on walks in the five-mile radius she and her mother were confined to during quarantine. (“This is a trick,” she says in voiceover. “When you decide that what you’re looking for is exactly what’s around you, life improves.”) The short contains one particularly brilliant cut from irises to a new sort of flora that’s erupted across the land these last few months. 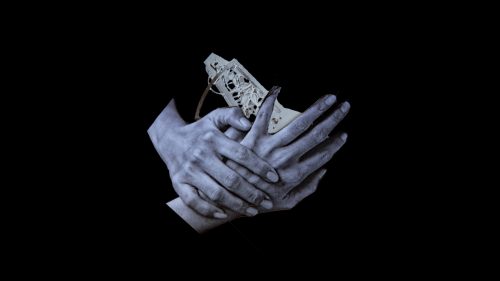 Sarah Ema Friedland’s Her Own Time

Another filmmaker featured on Filmmaker‘s 25 New Faces is Scott Cummings, and his contribution, Tarantula, is a harrowing evocation of outbreak-fueled dreams; both Cummings and his son have rhyming nightmares, full of maggots and spiders, as they sweat out the sickness. And Sarah Ema Friedland‘s Her Own Time, which mixes cut-out animation with live action, uses a news report on the rise of domestic violence during coronavirus lockdown to send a masked woman on a journey throughout political history and into the current moment of protest.

The two organizers spoke about the project for Westword:

“This period, especially those first three months of quarantine, were such introspective times,” says Sekuler. “That is so clearly reflected in these works. Each of the films really explores the internal sphere of the pandemic. I think that’s somehow more universal than regional, and while the films are reflective of each filmmakers’ inner dialogue, there remains this universality in the work as a whole.”

Making and programming urgent films about a social moment comes with risks. History marches on quickly, and what seems crucial one week can seem musty the next.

“At some point in the middle of summer, with protests against police brutality and the conflicts on the streets in the United States, we questioned if we even needed a film program like this,” admits Alshaibi. “But I believe we do need artistic expressions and documentation during a historical time like ours. There is no singular narrative of what we are going through, but we are definitely going through a transformation collectively — and all these films are trying to make sense of our strange and dark days. In the end, I think there is hope…there has to be.”