“Make Sure That What You Have On The Page Is Undeniable”: Black Independent Filmmakers On Going It Alone And Together At IFP Week 2020 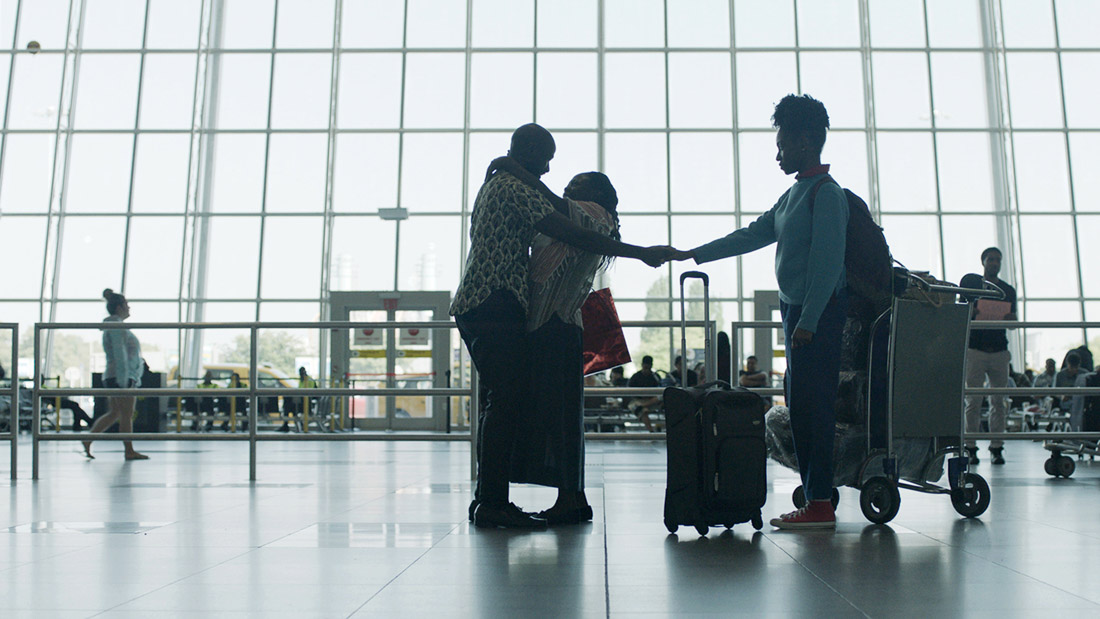 Filmmakers of color have historically not had an easy path into the film industry. Though that’s been changing over the last few years, there’s a lot to learn from people who’ve had to fight to get their films funded, distributed and seen by audiences. The IFP Week 2020 panel “An Independent Black Filmmaker’s Story: The Journey to Reach Audiences” actually had more than one story. And while the filmmakers all had plenty of advice for those trying to break into an industry becoming gradually more open to non-white creatives, there was one overall message. “Don’t count on anybody else,” said Huriyyah Muhammad, producer of the New York immigrant drama Farewell Amor. “Don’t count on the calvary coming. You are the calvary. Trust me.”

Muhammad, who has over a dozen producing credits to her name, has spent a lot of time hustling, having to deal with failures as well as successes in an infamously competitive business. In 2018 she was named a Sundance Producing Fellow; two years later she won the festival’s Creative Producing Award for Farewell Amor, which is being released by IFC Films in December. But she knows all too well the frustration of trying to get into labs — which haven’t always been as receptive to filmmakers of color — with no luck.

“A lot of times once you’ve applied to the labs for this project or that project, and you don’t get in, you get discouraged. You figure, ‘I took all this time to fill out this application, I’m not going to do it anymore,” Muhammad said. But she says the process of applying forces you to hone the project you’re hoping will get you in. “You start thinking about the art that you’re trying to make and what you want to say with this art and why you’re making this art. The applications help you to really think about your script logistically.”

That will help when you’re trying to court financiers. Speaking of which, Muhammad has another piece of advice: “Don’t send out your script till it is ready. Because you’re only going to get one read,” she said. “And they may not even read the whole thing. They’re only going to read a few pages if it’s not striking them.” She said that when talking with financiers and investors, they would give them updates on the project but not send the script until it had their absolute confidence. “Once we sent the script to the first investor we sent it to, we had a commitment for half the equity within 48 hours. That’s a testament to the fact that we took our time. And if you’re going to ask an investor to come onboard to give you $500,000 or whatever it is, you have to show that you’re willing to make an investment, too. And the investment you’re making is in making sure you’re taking the time to make sure that what’s on the page is ready for prime time. A lot of times when we’re writing, we get tired, we say, ‘Okay, it’s good enough.’ Is it good enough? No. You should be workshopping it, talking to people that you know and other writers that you respect. Take the time to really, really, really make sure that what you have on the page is undeniable.”

Neil Creque Williams — who produced the new drama Miss Juneteenth, whose director, Channing Godfrey Peoples, was also present — is also an advocate for submitting to labs, calling them a “safe space” to hone one’s script. They give you a chance to make them better, to get advice from mentors, who may tell you you’re not ready. He also says they’re great places for those starting out. “There’s a lot of labs that are very committed to supporting new voices.” Peoples concurs, saying you’ll sometimes find yourself getting advice from your favorite filmmakers; at one lab, she got to meet the legendary Charles Burnett. “Labs gives you an opportunity to be close to other filmmakers whose work you admire,” Peoples said. “We were also fortunate to get notes from many of our lab experiences, that helped protect the story in a way that helped me tell the story I wanted to tell.”

Still, an undeniably great script doesn’t necessarily mean you’ll get funding. Phillip Youmans made waves last year with his debut feature, the Louisiana-set drama Burning Cane, which he made when he was 17 years old. It won three awards at the Tribeca Film Festival, including Best Narrative Feature and was distributed by Ava DuVernay’s ARRAY. But Youmans didn’t have some wealthy financier to help him. The budget came from donations from family members, an Indiegogo he launched, and from his own personal savings account. (When asked how on earth a 17-year-old has a decent savings account, he said he had been given savings bonds from family members when he was very young.) For post-production, he lucked into a grant from Create Louisiana, which helped with music licensing, color correction and access to an editing suite. Throughout he had to be sure of himself and of his bold vision. “I wish I knew that following my instincts, that being confident in my voice and my taste and my decisions, would be the things that unlocked everything for me,” Youmans said.

Muhammad has a history hunting for funding or locations, but it’s not easy. “You’ve got to have some charm when you’re an independent producer,” she said. But you also have to be honest, especially if you’re trying to secure a place to shoot. “I say, ‘Listen, I’m producing a low budget film, we need a location just like this one.’ I think that people appreciate when you’re honest with them. If you need them to shut their business, you’ve got to tell them that upfront. Because if not you’re going to run into problems.” But if they ask for a lot of money you don’t have, that’s not the end of the story. Just say you don’t have it and go from there. “If you’re honest with them from the jump, they can feel that. It’s a negotiation process. But I’m the type of person who negotiates with the guy at the fruit stand. He tells me it’s 30 cents, I’ll be like, ‘I got 15. What do you want to do? Do you want to sell this banana or not?’”

It’s important to be self-sufficient, but it’s also important to not go it alone. You need collaborators and a community of likeminded artists. Muhammad is the co-founder of the Black TV & Film Collective, a New York group with 1400 members of color who work in all manner of film industry roles. “Filmmaking is an expensive art form, and it can also be a lonely art form if you try to do it by yourself,” Muhammad said. “You need to get with a community and see what other folks are doing, and be inspired by them and hear tips from them.” Still, she says, you may wind up making your first film by yourself. “That may only be a four-minute film. But when you do that successfully, then success attracts success. You want to be down with people who say, ‘This person has promise. This person has potential.’ You’ve got to invest in yourself.”

Peoples agrees, having worked with Williams after they met at the University of Southern California a decade ago. “It’s so important for you find people who share your personal taste,” she said. “When Neil and I connected in film school, we were both Black folks from the south, wanting to make films about Black folks, highlight the history of our culture. It was important that I partner with someone who had similar taste but who was also coming from a different vantage point. He was someone who was caring and considerate and who respected my work. That’s really important as a writer-director, because if you get in the wrong partnership they can totally change your world. It’s important to get someone who respects you but who is also able to say, ‘Here’s another way to look at it,’ who’s able to give notes thoughtfully.”