Watch: Narrative and Documentary Shorts from the 2020 Filmfort Film Festival 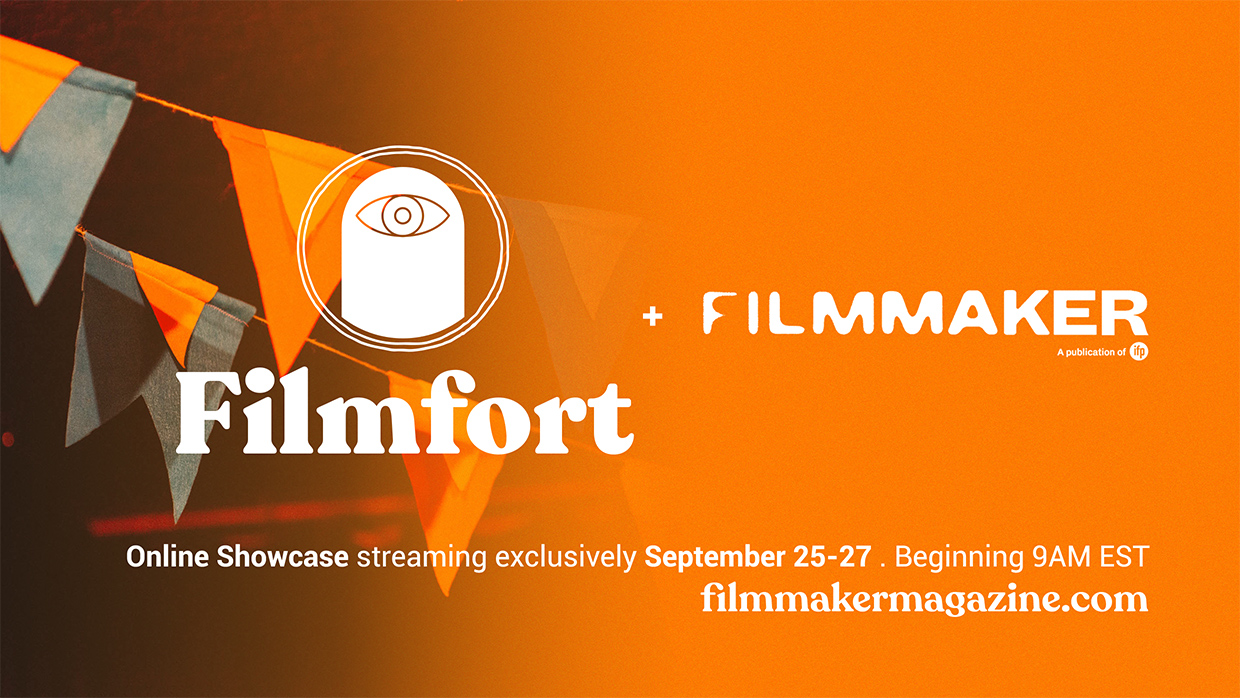 Filmmaker is very happy to partner with the Filmfort Film Festival for its 2020 Filmfort Online Showcase. These films are available to watch here, free, on the site through Sunday, September 27. (Click here for the other two sections of films.) Check out the rest of the lineup at Filmfort and keep up via social @filmfortfest and #filmfort2020 #filmfortweekend. Enjoy!

Bennifer from Ryan McGlade on Vimeo.

Jed’s family isn’t how he remembered it.
http://www.ryanmcglade.com/

Cyan follows singer Lalin St. Juste of The Seshen on an introspective journey through eerie industrial labyrinths and a lonesome serene beach as she searches for answers and closure while memories of four women saturate her mind.
https://theseshen.com/

Floreana from Louis Morton on Vimeo.

On a remote island in the future people are preparing for an important mission.
https://vimeo.com/louisjmorton

A ghost is born in the forest.
http://brandonfwilson.com/

A powerful dream inspires creation after it extinguishes the distracting facade of a monotonous reality.
www.zvereff.com

A woman cons her way into another woman’s apartment, resulting in a strange and intimate encounter.

The short documentary shows three individuals who have lost their sight. Their intimate narrative takes the viewer on a journey to their world and feelings about the loss of vision.

After a long day in New York City, Lenny kisses his estranged mother gently on the forehead.
“Could you stay for a while?”
56bones.com/illbehereforawhile/

A vegan entrepreneur torpedos her life in a desperate attempt to make her dog immortal.
https://vimeo.com/collinssalovaara

A young woman named Kasha tries to escape her romantic past by starting over as a maid at a love hotel called Lusty Crest. But she soon discovers that the hotel is plagued by not only human lechers, but supernatural ones as well.

An intersex runaway confronts his past after a magical encounter with a cowboy.
https://ponyboithefilm.com/

Realms from Benjamin Rinehardt on Vimeo.

A journey through dark and hallucinatory worlds.

Every year, thousands of funeral directors meet at a convention to see the latest and greatest products related to the death industry. Get a glimpse at the people they meet with and the grim reality of the industry they make a living in…selling death.

In Chinese New Year holidays, finding the coin inside the dumplings means having a blessed year ahead. A young woman loses a jar on her journey to a new country, which contains the lucky coins she has been collecting growing up. Her new life begins with a search to find the coin.
http://songsiqi.com/thecoin/

The Deepest Hole from Matt McCormick on Vimeo.

During the Cold War, the United States and Soviet Union raced to see which country could dig the deepest hole, but only one found Hell in the process.
www.rodeofilmco.com

High school student Gerardo Hernandez – raised in the United States since six months of age – was one of over 100 undocumented workers arrested by ICE in Ohio on June 5th, 2018. Gerardo spent almost 2 months in prison before being released… and is now scheduled to be deported. The Other Border is his American story, told through intimate interviews with Gerardo and his sister, Karime, and shot exclusively on 8mm and 16mm film.
www.brickerdown.com

A family attempts to repair their estrangement with an outing to the beach. A young mother encourages her nine-year-old daughter to reconnect with her father after his release from prison. While the mother sleeps on the beach, father and daughter venture into the dangerous ocean. The rupture in their family might be too great to repair even on a bright summer afternoon.
https://ditchprojects.com/Masami-Kawai