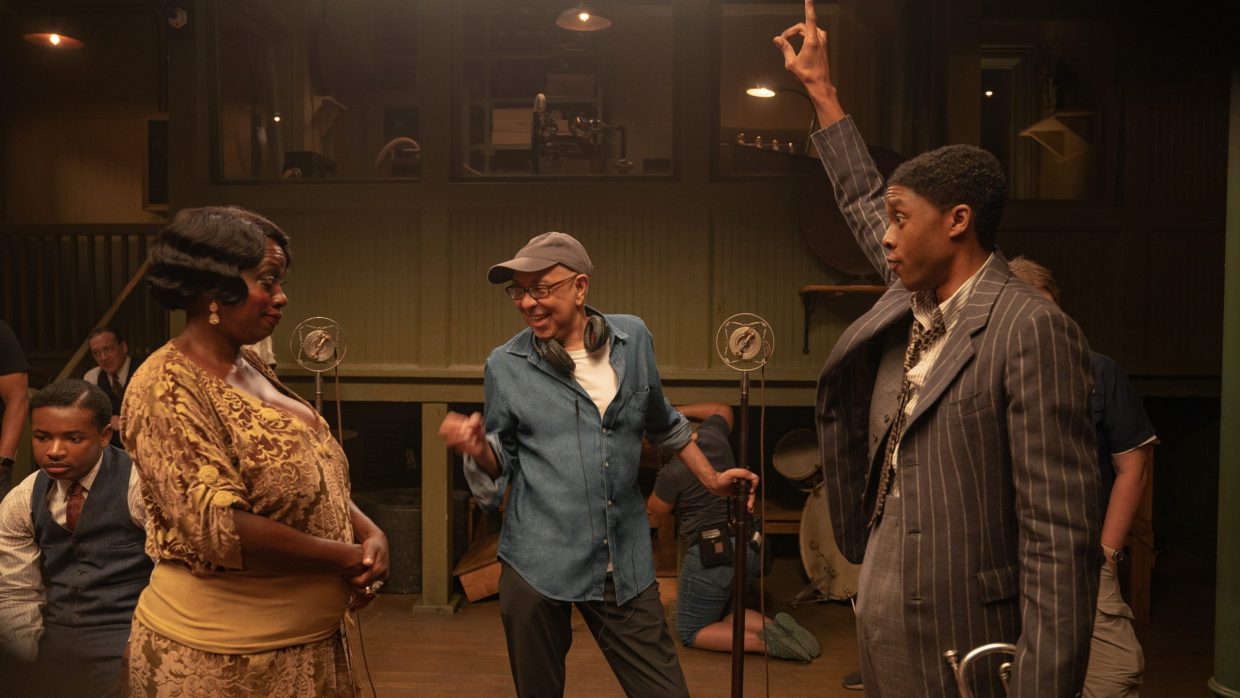 by Filmmaker Staff
in Filmmaking
on Dec 3, 2020

The Independent Filmmaker Project (IFP, and Filmmaker‘s publisher) announced today that Chadwick Boseman will receive a posthumous Actor Tribute and Viola Davis an Actress Tribute at the upcoming 30th Anniversary Edition of the Gotham Awards.

“Chadwick Boseman was an incredibly talented actor whose significance and impact onscreen and kindness offscreen will never be forgotten. We at IFP are forever indebted to him for all of his contributions to our organization, his legacy in providing mentorship and we are proud to honor him and all of his historical and groundbreaking contributions with this tribute,” said Jeffrey Sharp, Executive Director of IFP in a press release. “Viola Davis is a force within the industry, acting in some of the most culturally impactful and influential films of the past two decades. While universally recognized in her achievements on the stage, television and film, her extraordinary performance in ​Ma Rainey’s Black Bottom is in many ways the culmination of an entire career. Chadwick and Viola’s work on this film marks the first year in which The Gotham Awards have honored two actors from the same film with a tribute. Both are champions within our industry and we look forward to celebrating their accomplishments.”

The Gotham Awards will be presented live from Cipriani Wall Street in New York on January 11, 2021 in a hybrid format with virtual interactive tables and will follow COVID-19 health and safety protocols.

More information on Boseman and Davis from the press release follows:

Chadwick Boseman was a SAG award-winning actor who had his first major role in ​Persons Unknown​, and went on to star as baseball player Jackie Robinson in 42, singer James Brown in GET ON UP and Supreme Court Justice Thurgood Marshall in MARSHALL. He starred as the superhero the Black Panther in the Marvel series including films BLACK PANTHER, AVENGERS: INFINITY WAR and ​AVENGERS: ENDGAME, winning two SAG Awards for Outstanding Performance by a Stunt Ensemble in a Motion Picture. He was most recently seen in Spike Lee’s DA 5 BLOODS for Netflix. In August 2020 Boseman passed away from complications of colon cancer. In his final performance Boseman will be seen opposite Viola Davis in George C. Wolfe’s MA RAINEY’S BLA​CK BOTTOM, telling the story of a heated recording session of blues singer Ma Rainey and her band, based on the Pulitzer Prize winner August Wilson’s play. The film will be available on Netflix December 18, 2020.

Viola Davis is an Oscar, Emmy and Tony-Award winning actress. She won an Oscar and Golden Globe for her performance in Denzel Washington’s FENCES, based upon August Wilson’s play of the same name, for which she won a Tony Award as well. She was nominated for both an Oscar and Golden Globe for her roles in Tate Taylor’s THE HELP and John Patrick Shanley’s DOUBT, and won an Emmy Award for her role in​HowtoGetAwaywithMurder.​ SheisthefirstAfrican-Americanactresstoachievethe”TripleCrownof Acting,” named for actors who have won a competitive Academy Award, Emmy Award, and Tony Award in the acting categories. Davis has also starred in films including Steve McQueen’s WIDOWS, Denis Villeneuve’s PRISONERS and will be seen in James Gunn’s upcoming THE SUICIDE SQUAD. She stars opposite Boseman in George C. Wolfe’s upcoming MA RAINEY’S BLACK BOTTOM.