“I Wanted to Infuse the Film with a Musical Storyline”: Writer/Director Haroula Rose on the Original Soundtrack to Her Once Upon a River 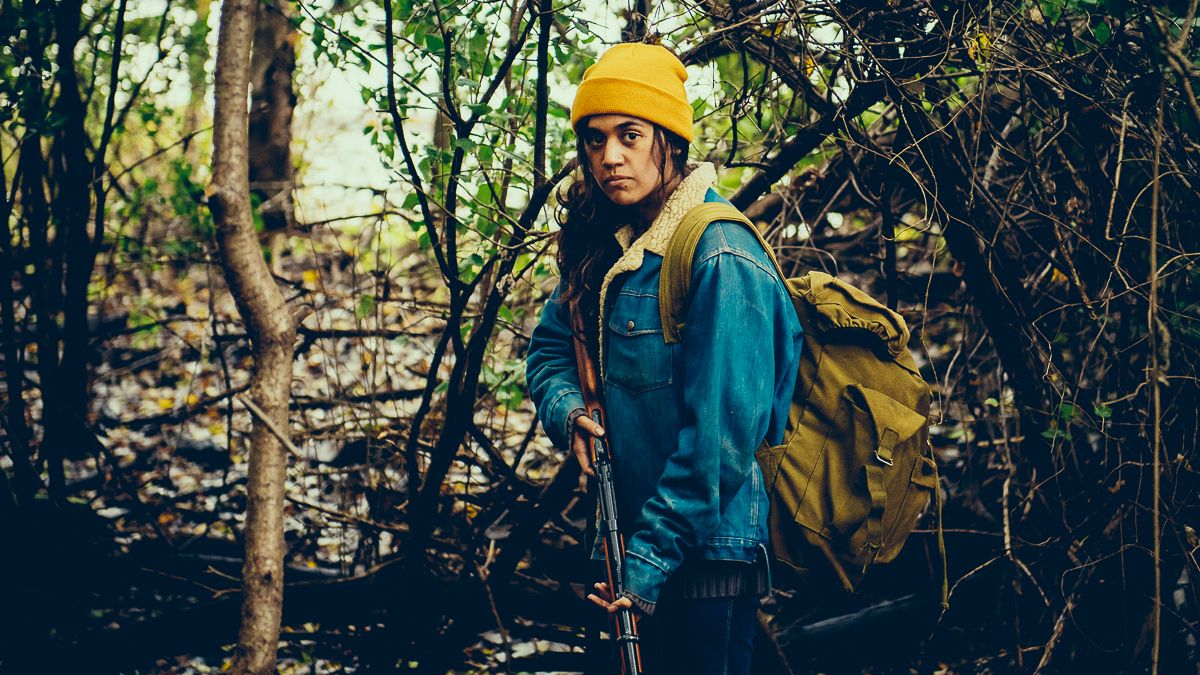 Haroula Rose, Once Upon a River, soundtrack album, Will Oldham

Putting together the perfect soundtrack for a film is its own art form. It’s a task that most often makes use of existing tunes and can achieve an almost magical symbiosis with the images onscreen. Think of Leonard Cohen’s ballads floating over the snowbound romantic folly of Robert Altman’s McCabe and Mrs. Miller or the way Simon & Garfunkel’s songs offer a suite-like metanarrative in The Graduate as two legendary examples. Filmmaker Haroula Rose mentions both in a recent conversation, which also touched on the way Paul Thomas Anderson drew on bespoke material in Magnolia, commissioning an original song cycle by Aimee Mann.

Rose, who also is an accomplished singer-songwriter, didn’t have anything like the budget or resources of those directors when she made her debut feature Once Upon a River, an adaptation of Bonnie Jo Campbell’s 2011 coming-of-age novel. Nonetheless, she came up with one of the year’s most remarkable assortment of songs for her film, calling on some generous collaborators. Start with Thirty Tigers, the Nashville-based marketing, distribution and publishing company that includes Rose on its roster of artists. The soundtrack album for the film, which has just been released on VOD platforms, is now available, with new songs from Rodney Crowell, J.D. Souther and Will Oldham, along with some of Zac Rae’s score and a few gems plucked from pop obscurity. The album closes with “Rachel’s Song,” sung by Rose and co-written with Rae and Peter Bradley Adams. Rose also has just released a new album Songs for Beginnings, which includes the song “Margo,” written for the teenaged heroine of her film, Margo Crane (played by newcomer Kenadi DelaCerna), who flees her home in rural Michigan after a tragic incident to seek her long-absent mother. The album features nine other songs whose themes (“Brand New Start,” “I Close My Eyes to See”) evoke kinship with a story about loss, discovery and striking outward into unknown territory.

Recently, Filmmaker spoke with Rose – who is from Chicago but whose orbit also includes Nashville and Los Angeles – about the film and its music.

Filmmaker: The music has a very comforting old-school feel, harking back to the pre-digital, singer-songwriter days. Tell me a little bit about your concept for the soundtrack.

Rose: I love that era. It’s set in the ’70s, and I felt like there was a way into exhibiting this music that I love so much, in a really organic way, and I wanted the soundtrack and the score to be really deeply embedded in the process. So it didn’t feel at the end like I was throwing songs in there. I don’t want to work like that ever. Music is so important. The sound design overall, the rustling of the trees, the way [Margo’s] whole being is part of the world and the nature around her, I thought we needed to find ways to explore that together. I have this amazing composer Zac Rae, and he was thinking the same way. Like what instrumentation can get you into that space? What do you think, what do you hear, what do you feel? Are there any melodies or lines that come to mind? It was really fun to have that already out there while we were shooting. It was cool to be able to share it with actors. Sometimes it’s easier to direct people without words. We had no money so I was driving [actor] John Ashton to set sometimes and we’d listen to music on the way there.

Filmmaker: You got session ace Zac Rae (who also plays in Death Cab for Cutie) involved early in the process, with his fascinating and unexpected array of strings and keyboards. What was that collaboration like?

Rose: He collects a lot of interesting instruments. He was trying to find a way into this story and what would the wind sound like? How do you make this Americana-rural-gothic type story come to life sonically but not use a twangy pedal steel guitar? It was an exploration of sound, and luckily he’s a collector of all these different type of organs, and guitars. It was really cool to hear what he would come up with. He produced one of my records and we play together. He also tours with everybody. He’s one of the most talented instrumentalists I’ve ever heard in my life.

Filmmaker: So Thirty Tigers had the hook-up to J.D. Souther and Rodney Crowell?

Rose: I wanted to infuse the film with a bit more musical storyline. I made Smoke [John Ashton’s character, a recluse who takes in Margo] an aging musician, that wasn’t actually in the book but it made sense for who he was, that he had this storied past, and that he and [old buddy] Fishbone used to perform together. It made sense for their dynamic. Rodney and J.D. both were in consideration to play the role because they can act. I met with Rodney, and we did a reading, he’s just so awesome but for a number of reasons it didn’t work out. And then J.D. it didn’t work out. They were both like, “Ah, you ended up with the best. Because John Ashton’s the real deal. Maybe it’s better you ended up with an actor who can kind of play music” Because John’s a drummer! So it all worked out. He was perfect for the role and now I can’t imagine anyone else doing it at all. Neither can Bonnie, who wrote the book and invented Smoke.  Everything has its mystical path. Both J.D. and Rodney were like “We love this so much, and while we can’t be in it, we still want to be involved.” And they both offered up a song. I always wanted to have original songs that would fit the vibe. They were both really inspired and came up with these incredible pieces of music. Same with Will Oldham, actually.

Filmmaker: At what point were you thinking you’d want a well-known musician to play the role?

Rose: David Macias, the guy who started Thirty Tigers, he was my film partner, he was the first person onboard. He has this wide reach, We were making a list. What about Kris Kristofferson, what about John Prine? What about Sam Shepard? What about Rodney, J.D. We made this whole crazy list. I always intended to get original songs as well, but it just evolved organically where these people were very moved by the story and I was so grateful because the songs are so epic. Will Oldham, that was one where a friend put me in touch with him, and he came up with “Always Bound,” which was really perfect for when she sets off on her journey. A lot of these songs – Will’s, the Rodney and the J.D. – I had them before we shot the film, it was wild. Will’s second song, the one that’s very country, came later. I needed something that’s like a post-murder ballad, something uptempo, country-swing. And Will was like, “Challenge accepted.” He was so cool about it. He’s one my favorite songwriters so that was really a trip.

Filmmaker: The really clever needle drop is a real art, but especially now with the Netflx-ization of movies it gets repetitious. You hear the same songs over and over. You miss the weird specificity of a soundtrack with the deep cuts. Tell me about how you selected some of the vintage songs on the soundtrack.

Rose: Totally. Like Bridget St. John for instance. She hasn’t put out songs in a very long time, but she was as intriguing and sophisticated as Nick Drake or John Martyn – in fact, John played on that track. That was a really cool track to use, because nobody knows it and it’s amazing. I went down a John Martyn rabbit hole. I’m still in it, actually.

Rose: I can’t get enough of that album. Anytime I need temp music for something. I’m cutting a short documentary right now, and using a combo of Eno and John Martyn Solid Air. But I love Bridget St. John, her picking and singing. I wish she’d put out more music. She lives in New York. She left the scene a long time ago. I emailed her. We’ll see if she writes me back. And then there’s these old bands like Fran Farley and Target. These are deep cuts, and Mike found these places where we could get them and they fit so well, where you would normally hear like a Stones song.

Filmmaker: How old were you when you started playing music?

Rose: I played violin when I was a kid and some piano. When I was 15 or 16, I was listening obsessively to Cat Stevens and Joni Mitchell and Joan Baez and Leonard Cohen. So I asked my parents to get me a guitar one year for Christmas and started fiddling around with it. I didn’t put out my own music until later. Music’s always been a thing. I really enjoyed touring when I could. It’s a very fulfilling thing to make a film and have original music. I got to co-write the song at the end with people that I really love, and that was pretty cool, too.