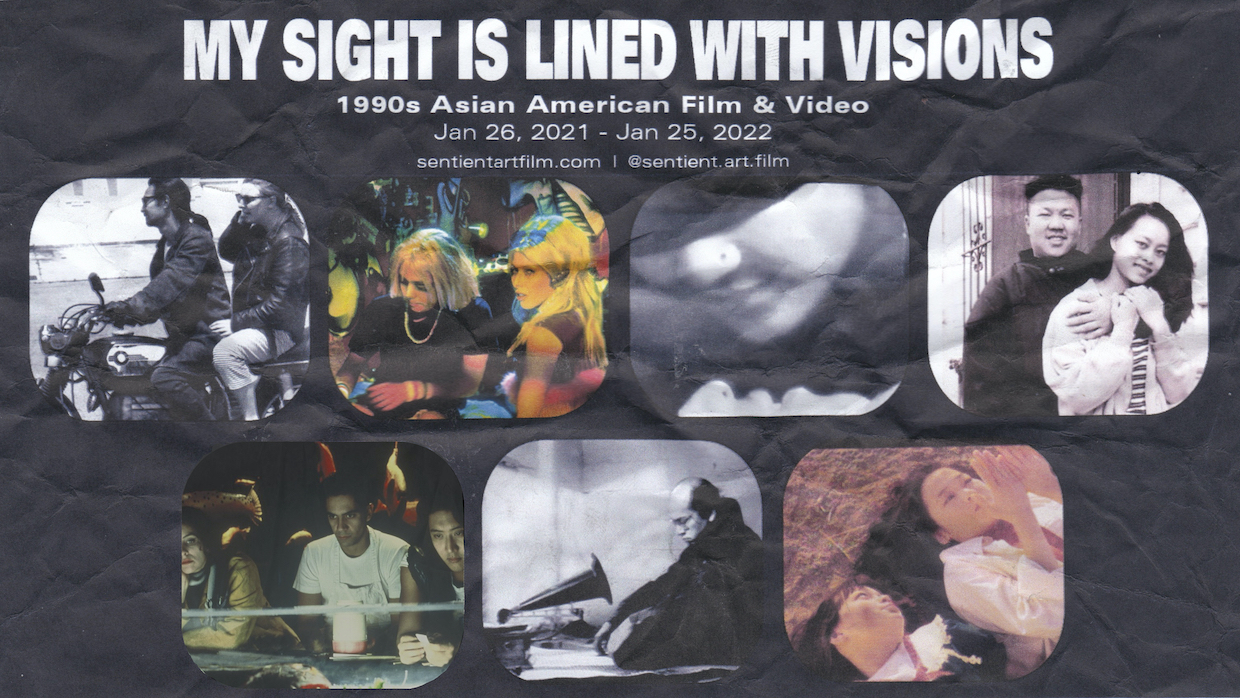 Following its successful first edition, Sentient.Art.Film’s second season of online repertory series is relaunching the successful online repertory series “My Sight is Lined with Visions,” (January 26, 2021 – January 25, 2022), which will live online from today, January 26, through January 25 of next year—notably, with no geoblocking. Co-curated by programmers Abby Sun and Keisha N. Knight, the series focuses on 1990s Asian American Cinema. From the press release:

Two new programs are added to the relaunch and will be available to the public via online rental for the first time. Marlon Fuentes’s rarely-screened first and only feature, Bontoc Eulogy (1995), uses the container story of a filmmaker discovering his grandfather’s lost indigenous history to question perception of and the aesthetics of national, ethnic, and familial truth. Filmmaker and artist TRAN T. Kim-Trang’s complete eight-part Blindness Series (1992-2006) represents a decades-long engagement with blindness, its metaphors, and its expressions, ranging from the more conventionally observational to haptic experiential visions. The Vault will launch with filmmaker Roddy Bogawa’s own restoration of his short film Four or Five Accidents, One June… (1989), a prototypical mashup of techniques, speculation, enactments, and fiction, and paired with a new essay by independent curator and former Senior Programmer of the Japan Society, Aiko Matsubuchi.

The series will be available for purchase as a package, individual rentals, and in specially-curated monthly double features, with 50% of revenue shared with the filmmakers. The series will be amplified with a series of panels co-presented by the Center for Asian American Media and newly commissioned essays. Click here to learn more.