“My Day Rate Was Cheap (Because It Didn’t Exist)”: DP Manuel Crosby on First Date 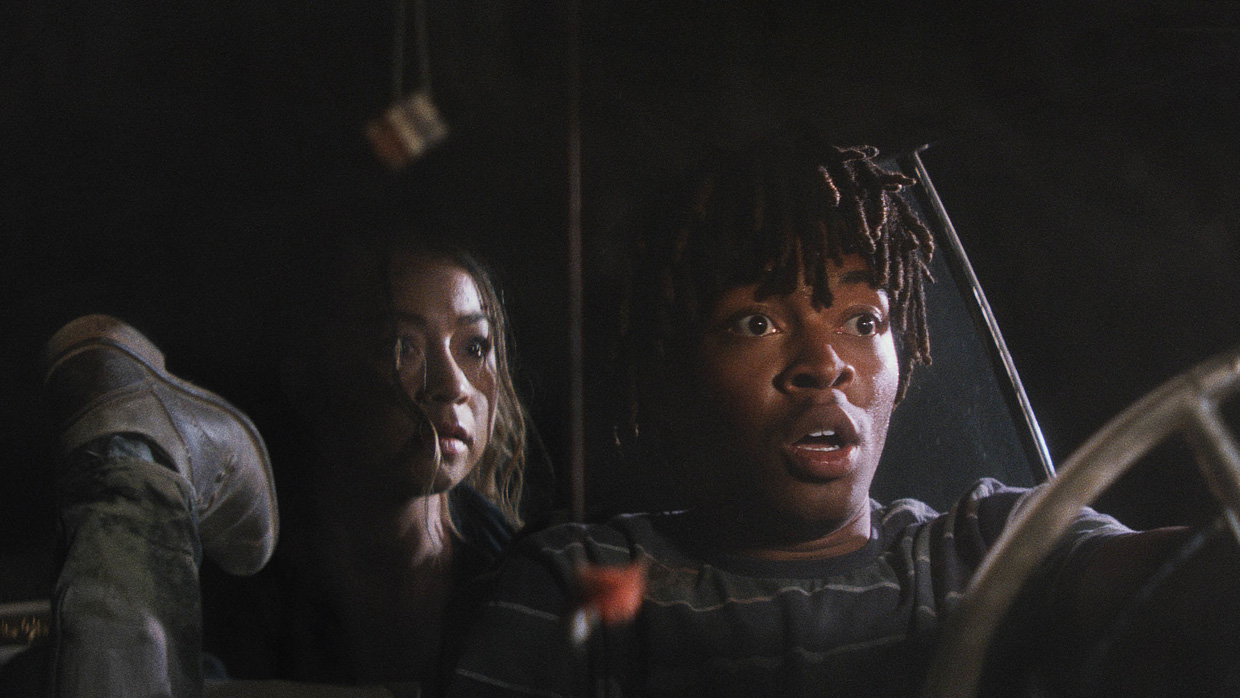 Hearkening back to coming-of-age movies like Superbad, Manuel Crosby and Darren Knapp’s First Date feels comfortingly familiar as both a thriller and a comedy. After buying a questionable ’65 Chrysler, Mike’s (Tyson Brown) first date with Kelsey (Shelby Duclos) snowballs into an epic night of cop chases, criminals, and cat ladies. DP and co-director Manuel Crosby explains what it was like filming a late night thriller with an ’90s style on a budget.

Crosby: I had an in with the co-directors (because I was one of them). And my day rate was cheap (because it didn’t exist). In all seriousness, I love shooting, so it was always planned that I would be behind the camera for this movie. Robert Rodriguez was a huge inspiration with his hands-on approach to filmmaking.

Crosby: Our goal was to capture the spirit of American independent genre flicks from the 1990s and early 2000s, while putting our own spin on it. We also wanted to create a sense of scale on the edges of this story, while highlighting the genre and tonal blending through both darkness and comedy. In order to accomplish these goals, we shot anamorphic with primarily wider lenses, and also lit the film in a more old-fashioned style.

Crosby: The works of DPs Andrez Sekula and Guillermo Navarro throughout the ’90s (Pulp Fiction, Reservoir Dogs, From Dusk Till Dawn, etc.) were hugely inspiring, alongside Steve Yedlin’s shooting on Brick and Seamus McGarvey’s night car work in Nocturnal Animals, among many others.

Crosby: Shooting on 35mm film was not an option for our budget, so we needed to capture the essence of the desired look with the tools we could get.

Crosby: We shot on the Blackmagic Ursa Mini 4.6k. It offered us high resolution, high dynamic range RAW capture and fit in easily with our Davinci Resolve color workflow. We used Rokinon Cine DS Primes paired with a Letus Anamorphx 1.8 Adapter. This combination brought the added scope and some fitting softness and aberration to the image, helping it feel less modern. We also got a few pickup shots with the Blackmagic Pocket Cinema Camera.

Crosby: We leaned into a more old-fashioned lighting style. Using mostly halogen tungsten fixtures helped limit the lighting palette.  With moonlight, we used a very strong tungsten kicker and white balanced to our sources to give it a silvery-white sparkle. We also embraced darkness, using more of a “pockets of light” approach instead of illuminating entire environments. This helped support the thriller and suspense sides of our genre blend.

Crosby: The most difficult scene to pull off from a photography standpoint was a car chase that occurs on a dirt road at night with no natural light sources other than the moon and car headlights.

For exteriors, our gaffer Cody Martin designed and built a 3600W equivalent, 3000k LED softbox that was rigged atop a production vehicle and generator-powered. Driving this lighting car parallel to our camera car gave us enough light to expose, yet kept things dark enough to hide our stunt drivers and feel unobtrusive.

For interiors, a process trailer wasn’t practical and greenscreen never really looked right. So we used Poor Man’s Process. We kept the background dark and used dust, blowing fans, car shake, and shadow motion in front of lights to create the feeling of speed. I mostly stuck with camera angles that could be done on a real driving car: side window mounts, hood mount, or handheld inside the car. I would also vibrate the camera with my hands while operating. This sold the realism of fast cars driving on bumpy roads, since vibration would happen with a real car mount. Overall, these approaches gave a believable, old-school feel to the car chase—and allowed our actors to perform with no safety risks.

Crosby: A lot of the look comes from the lighting and lens decisions. However, the color and contrast curves were worked on extensively by our colorist Ryan J. Orozco. He started with exact replication of specific film stock curves, but wound up blending several approaches to realize the final nostalgic feel.