“Toes the Line Between Dreams and Reality”: DP Tyler Davis on Strawberry Mansion 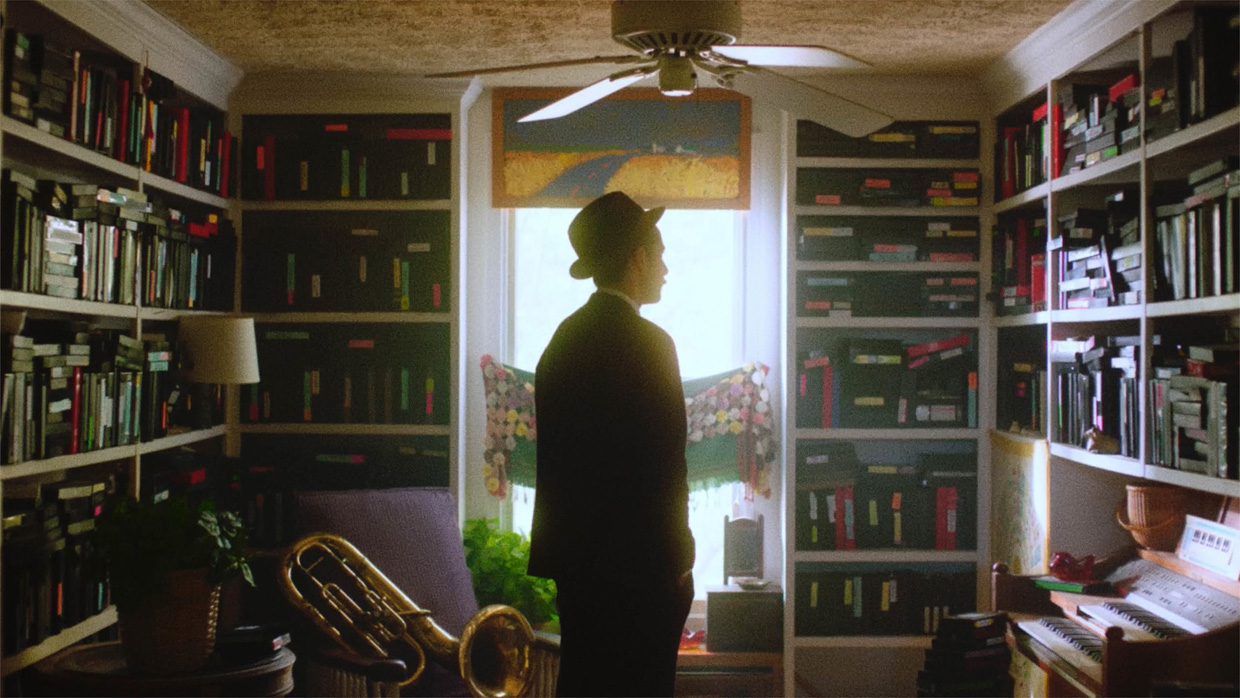 Kentucker Audley and Albert Birney’s surreal sci-fi romantic comedy Strawberry Mansion reimagines the dystopia as something shockingly similar to our own world: a society where even our dreams are plagued with marketing and advertisement. DP Tyler Davis shares what the team took from music videos and fantasy films like The NeverEnding Story to capture their dreamy, fantastical vision.

Davis: In early 2019 I met Albert Birney (one of the directors, along with Kentucker Audley, of Strawberry Mansion) on a short film titled Dirt Daughter—I was gaffing and he was our first AD. While we both served different roles than usual, we had a lot of fun and creatively clicked. I’d like to think that collaboration got me the job as cinematographer for Strawberry Mansion because we all laid our egos aside for the greater good of the project.

Davis: I really loved the script and Albert and Kentucker’s previous work, so my primary focus was really to make the best work that I could. Strawberry Mansion constantly toes the line between dreams and reality, so I knew the cinematography would have to reflect and adapt accordingly. I had tons of visual ideas I wanted to pull from my music video experiences, but I knew they would have to take a backseat to the coverage we needed to assemble this wild story in post. Fortunately I never felt boxed in because the directors constantly had open ears for my thoughts.

Davis: Of all the influences we discussed, The Shining and The NeverEnding Story were probably the most prominent. I also pulled tons of reference images from Robert Richardson’s early work with Oliver Stone… if I ever felt overwhelmed by the amount of cameras we had on deck (which I think was around 10), we would joke about the plethora of formats on the 1992 film JFK.

Davis: The biggest challenge was the clock. Usually you can prioritize certain scenes and trade some prep time between them, but Strawberry Mansion was stacked each day with setups that all carried equal weight. Even if we were thrilled with our first or second scene of the day, our upcoming third would somehow be even more important (or stranger). But amidst the pressure we would all have fun and respect each other’s craft. It was a truly collaborative DIY experience.

Davis: We shot the majority of the movie on my Arri Amira with a local set of Zeiss B-speed lenses with a 16mm film-out planned for post. This camera package was by far the most cost effective solution to an open-ended shooting schedule and it enabled us to do almost anything we wanted at any time. But even if we had a bigger rental budget I probably would’ve used the same package. The B-speeds are so wildly imperfect that they fit the story perfectly, plus they prepped our images for the 16mm print by naturally dulling down the Arri sensor. We also occasionally used a Cooke Varotal 20-100mm, Innovision Probe II, my Bolex, and Albert’s personal collection of cameras. It’s no coincidence that our primary lenses were the same as The Shining.

Davis: Lighting was designed to be unobtrusive and naturally motivated so the directors could have some room to breathe on set. While we might have kept the floors open for them to move around, I pumped so much haze in the air I don’t know if the minimal sources helped them breathe any better! We had no problem with intentionally blowing out highlights (another nod to Robert Richardson), and I intentionally planted some splashes of color to spice it up every now and then.

Davis: I think the hardest scene to shoot was the Blue Demon’s Cabin. It was a lengthy scene at the tail end of our shooting schedule, the location was hours away, and it was so cold that you can see the actors’ breath on the screen. Power was a nightmare and we could only run space heaters in between setups (which were so behind schedule that most shots only got one take). Plus it required both directors to be on camera! I knew this going into it though, so I storyboarded every inch of the scene with Artemis Pro and made some time-efficient lighting diagrams. Those assets really kept us all on track when our minds began to freeze over. Ironically enough, it might be my favorite scene in the movie now.

Davis: Our final look was determined a few weeks before production began. Albert pitched the idea of a 16mm film-out to unify all of his handmade effects and stop motion scenes in post, so we did a few tests with Colorlab to see if it was worth it. It exceeded our expectations and we planned for it accordingly during production. We cleaned up a bit in the DI before our print was made, but most of the magic came from our optical tricks on set and our fantastic production designer.