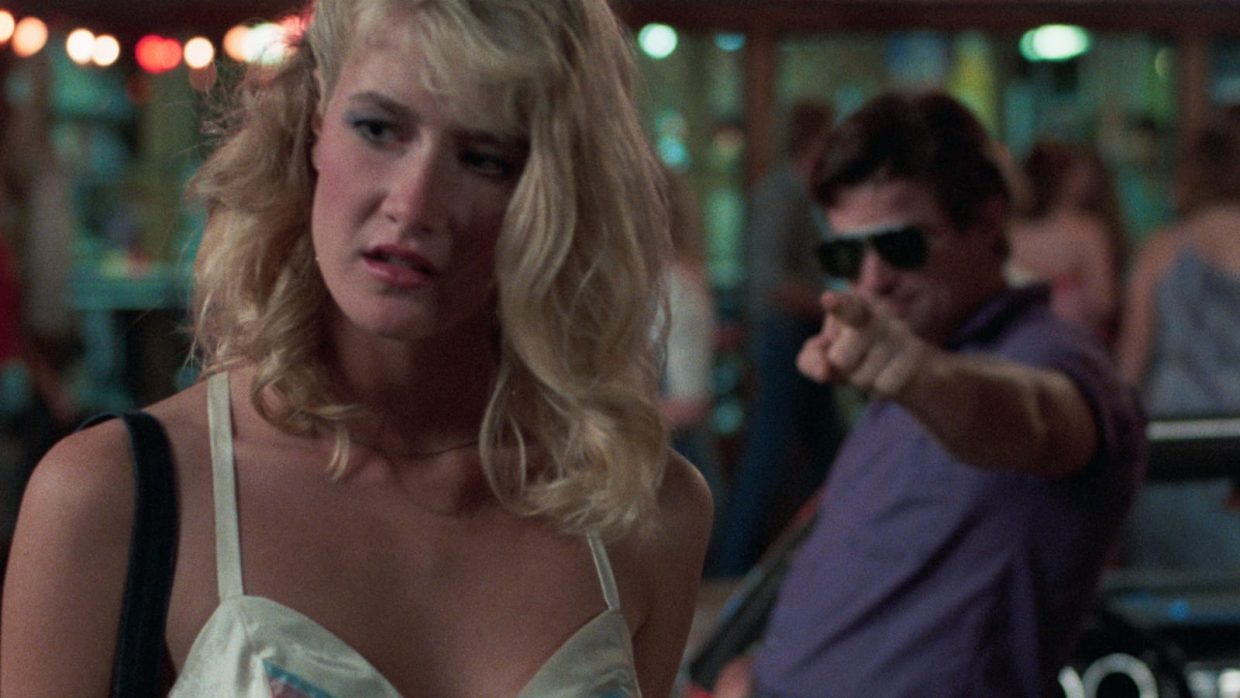 Director Budd Boetticher made dozens of movies ranging from romantic comedies and noirs to science fiction and prison pictures, but he’s long been known primarily for the seven Westerns he made with Randolph Scott between 1956 and 1960. While those films are all terrific and worthy of the praise bestowed upon them by the likes of Paul Schrader, Martin Scorsese, and Quentin Tarantino, their canonization has kept many other worthwhile Boetticher works from discovery. I’ve always been partial to the movies he made as a contract director at Universal in 1952 and 1953, a period during which he made a staggering nine films in two years, all of which were characterized by verve and humor and an impeccable command of the craft. Several of them were also quite innovative and original; the 1953 adventure film Wings of the Hawk is a case in point. The story of an American miner who ends up fighting alongside Mexican revolutionaries in 1911, it looks forward to a whole subgenre of Western that would become prevalent as a way for Hollywood to comment on and wrestle with American involvement in Korea and Vietnam; later Mexico Westerns like Vera Cruz and The Magnificent Seven are more famous as allegories for U.S. counterinsurgency doctrine and practice, but Wings of the Hawk did it first. It was one of the last big releases in the initial 1950s cycle of 3-D movies; in fact, the trend was already waning to the point that after a month in theaters 3-D prints of Wings were replaced with a standard 2-D version. Boetticher disparaged 3-D as a gimmick, but his directing style complements the process nicely; he favors compositions with a lot of depth and movement, and his predisposition toward long takes works well with the 3-D to suck the viewer in to the drama. (He clearly thought about how to use 3-D to accentuate the stunts, staging the movie’s fight scenes with elegant choreography toward and away from the camera.) Film historian Jeremy Arnold breaks down the film’s techniques and provides a wealth of interesting production anecdotes on his audio commentary for the new Kino Lorber Blu-ray of Wings, which includes both 2-D and 3-D versions of the film as well as additional commentary from 3-D expert Mike Ballew and a Woody Woodpecker short. (For further Boetticher study I also recommend Kino’s Blu-ray of the World War II thriller Red Ball Express, which includes an early performance by Sidney Poitier.)

If Wings of the Hawk and other Boetticher films subtly and slyly poke around the edges of conventional assumptions about American values and heroism, Alan J. Pakula’s 1974 thriller The Parallax View comes at them like a wrecking ball. The story of a determined but self-destructive journalist (Warren Beatty) who stumbles unto a shadow organization committing assassinations of elected officials, it’s a horror film firmly rooted in the political tensions of its time (Pakula loads the movie up with visual echoes of real-life events like the killing of Robert Kennedy) that’s also prescient in its vision of a U.S. government that privatizes and outsources murder and surveillance. Pakula was probably the greatest director who ever lived when it came to depicting the paranoia and panic at the heart of American culture in movies like All the President’s Men, Rollover, and The Pelican Brief, and The Parallax View is both his simplest and most nightmarish meditation on the subject; shot during a writers’ strike to avoid losing Beatty, it’s Pakula’s least talky film and thus his most hallucinatory and visually striking. Working with cinematographer Gordon Willis, who also shot Klute and All the President’s Men for the director, Pakula creates one menacing composition after another; the use of architecture to dwarf and imprison the characters is particularly impressive, and Willis’ tendency to let the actors get swallowed up by shadows has never been more dramatically effective or thematically justified. The film is available on Blu-ray for the first time from Criterion with some outstanding supplements: an indispensable 2004 interview with Willis (shot on film by ace cinematographer Richard Crudo) by American Cinematographer’s Stephen Pizzello; a pair of equally enlighting conversations with Pakula, one from 1974 and one from 1995; an introduction by filmmaker Alex Cox that places The Parallax View in its historical context; and a fascinating interview with Pakula’s assistant Jon Boorstin that provides additional insights into both Willis and Pakula’s working methods.

Criterion has also produced a beautiful new Blu-ray of Joyce Chopra’s Smooth Talk, one of the seminal independent films of its era. Chopra won the Grand Jury Prize at Sundance for her 1985 fiction debut, a flawlessly directed adaptation of Joyce Carol Oates’ short story “Where Are You Going, Where Have You Been?” that retains its source material’s sense of menace and dread but develops and deepens its ideas to create a film of remarkable emotional scope. The Oates story was loosely based on a true story about a serial killer who preyed on adolescent girls in 1960s Arizona; in the unsettling fable, a predator visits teenager Connie while her parents are out and talks her into leaving her home with him, presumably to be murdered. Chopra and screenwriter Tom Cole place most of Oates’ tale in the final half-hour of their movie (and alter the part of the killer, played brilliantly by Treat Williams, considerably), and spend the hour preceding it expanding upon the relationships that Oates only sketches, particularly between Connie (Laura Dern) and her family and friends. The result is a movie that does a lot of things, all of them well: it’s a great generation gap story (the tension between Dern and mom Mary Kay Place is meticulously calibrated, funny and brutal), a vivid evocation of teenage friendships and restless afternoons during seemingly endless summers, and a lyrical character study focused on a girl whose life is made up of equal parts yearning, anxiety, anticipation, vulnerability and bold recklessness. It’s a remarkable showcase for Dern, who manages to convey Connie’s complex inner life to the audience while her character hides that inner life from everyone around her; her performance, Chopra’s direction, James Glennon’s luminous cinematography and David Wasco’s expressive production design work together in perfect harmony to produce a coming of age portrait like no other in American cinema. The Criterion disc includes interviews with Chopra, Dern, Oates, and other key participants as well as a selection of Chopra’s early documentaries, the best of which, Girls at 12, plays like a non-fiction first draft for many of Smooth Talk’s ideas.