For Buyers and Sellers, Fewer Films Meet High Demand at a Virtual Sundance 2021 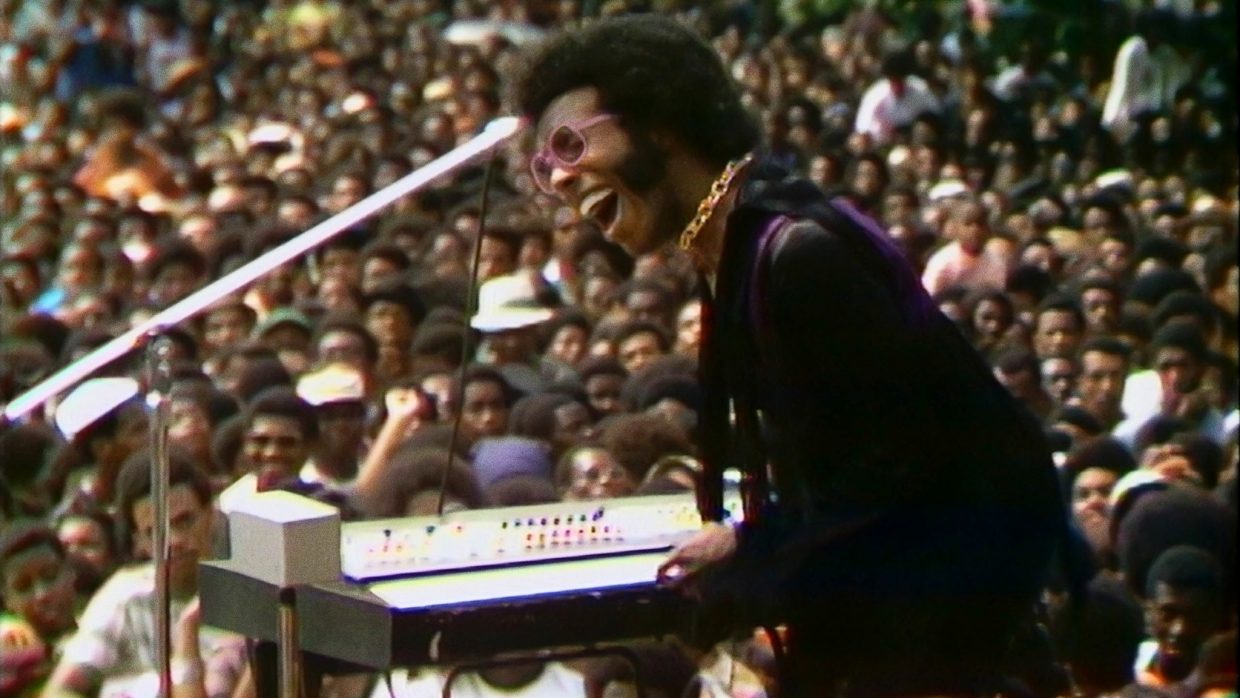 Summer of Soul (Or When the Revolution Could Not Be Televised)

The persistence of COVID-19 disrupted the 2021 Sundance Film Festival in many ways; no blizzard-clogged traffic-jams or overstuffed parties; no late-night negotiations in the Eccles lobby; no standing in lines next to fellow film travelers, giving or getting recommendations of what to see and what to miss. But even without the high altitude buzz of Park City, the pandemic did not stop Sundance’s record for deals! deals! deals! for the festival’s most commercial titles, with industry players saying the virtual event was even more competitive than previous years—“without a doubt,” said one distribution company chief. But what about those dozens of movies that were not already tipped by the trades as “hot acquisition titles”? Even for them, deals are coming, say industry insiders.

What was obvious from the start, says another distribution executive, is the “streamers had their pick.” Many smaller companies never even had the chance to vie for Sundance’s most-talked-out films (CODA, Passing, Summer of Soul) because of the escalating bidding wars between companies with trillion-dollar and hundred-billion-dollar market caps such as Amazon, Apple, Netflix, and Disney (and its subsidiaries Hulu and Searchlight Pictures, which jointly acquired Summer of Soul). “It’s been frustrating that we’re priced out of a lot of things,” says the executive, “some expected, some unexpected.” (Both Coda, which went to Apple, and Summer of Soul sold for reported record-setting amounts: $25 million and $12 million respectively.)

Indeed, a film such as My Name is Pauli Murray, which was Betsy West and Julie Cohen and Participant Media’s anticipated follow-up to RBG, was not on Variety or Indiewire’s “hot movies” lists going into the festival, but because of the needs of the market and the film’s timeliness around themes of intersectionality and activism, quickly found itself added to the category of too-expensive for most companies. Similarly, Neon and Participant’s quick acquisition of foreign-language animated doc Flee might have surprised some observers. But like past Sundances, filmmakers can take heart that there continues to be robust sale surprises, even during a lingering pandemic.

“It feels like a pre-COVID market,” says Dan Berger, president of art-house distributor Oscilloscope Laboratories. “Films are selling, or at least attracting interest and offers, at a steady rate. It definitely feels like it could be a seller’s market.”

With less films in Sundance’s selection, a more compact festival time frame (from 11 days to only six), and a stunted overall production landscape that has led to fewer movies overall in the marketplace, the classic economic model of low-supply-creating-high-demand is fueling interest in all types of films, even as theatrical movie-going remains limited and more transmissible and possibly vaccine-resistant variants of the virus spread across the U.S.

“Certainly, it’s very busy,” says Submarine Films’ Josh Braun, whose company represented eight films at Sundance and who decamped to a Florida condo rental with his team for this year’s festival. “Half of them have offers; most will close. It’s going pretty well,” he explains. Because the logistical craziness of the festival was replaced with easier-to-watch home-office streaming, Braun says, “there was no worry that the buyer isn’t going to make it to the next screening because of traffic, so we got our reports on who saw the films, and it was all the buyers we wanted.”

Submarine’s doc-heavy slate (six out of the eight, including crowdpleasers Rita Moreno: Just a Girl Who Decided to Go for It and Try Harder!) is particularly well-suited to find buyers right now. “There are just more outlets than can program an independent documentary than a fiction film — like 15 outlets that can do an indie doc,” says Braun. “But there’s no Sundance Channel anymore that would buy indie dramas anymore.”

Braun is confident, however, that Submarine’s two fiction entries in Sundance’s lo-fi NEXT section — the polyamorous romance Ma Belle Ma Beauty and the absurdist Strawberry Mansion — will find homes, but he believes it will take a bit more time.

Similarly, sales agency Endeavor Content also expects to close sales for all of their films, including the stylish horror NEXT selection The Blazing World and Zoe Lister-Jones and Daryl Wein’s How it Ends.

“Because the festival was shorter and the virtual aspect of it,” says one producer, “I think the deal-making is going to extend for the next few weeks. With those big titles out of the way, the buyers are now working through the rest.”

Less known but prolific distributors with a firm footprint in VOD like Vertical Entertainment, which released last year’s Sundance entry Miss Juneteenth, are also pursuing films. As well, an executive at Greenwich Entertainment, which has emphasized theatrical releases in the past, said they were  “optimistic” they’d acquire one or two films in anticipation of movie theaters returning this fall.

“Obviously, there are more challenges with doing everything virtually and the uncertainty in the world, but there are more buyers than ever before,” says Sarah Schweitzman, an agent in CAA Media Finance, who played a key role in brokering the record-breaking CODA deal. “It’s busier than it’s ever been because buyers are very focused on making sure that no matter what happens in the future, whether people will be watching from home or in the theater, audiences have great entertainment. More than ever, people need an escape to take themselves out of some of the darkness that we are all experiencing globally.”

However, some traditional theatrical distributors acknowledge they’re being more careful. As Music Box Films’ Brian Andreotti admits, “We have been taking a very cautious approach to new acquisitions until the theatrical marketplace becomes more predictable.”

Endeavor Content’s Deborah McIntosh explains, “Theatrical companies were definitely at the table, but with the uncertainty around when movie theaters will open in larger numbers nationwide, the fall landscape is still a bit of a question mark.”

The dearth of theaters at Sundance and in the marketplace also has specific drawbacks for artier or more idiosyncratic films. For one, more meditative or experiential cinema simply translates far better in the immersive setting of a darkened movie theater. As one sales agent, repping a more experimental Sundance film, admits, “It’s a bit more difficult to pull that off in a home viewing.”

The festival’s virtual viewing platform also allowed for a broader range of critics, armchair reviewers and audiences to watch the films, which “for better and for worse, meant that you’re getting feedback from a wider audience who normally wouldn’t be on the ground at Sundance,” says one producer with a film at this year’s festival. “So a film is not being watched as a Sundance movie; it’s being watched as a ‘movie’ in release.” For crowd-pleasers such as CODA, this only reinforced the positive buzz on social media, but for more visionary works that require more careful positioning and tailoring of expectations, it can create mixed messages or misreadings.

At the end of Sundance 2020, for example, movie review aggregation site Rotten Tomatoes had 27 reviews for hot title Promising Young Woman and only 14 reviews for other buzz titles The 40-Year-Old Version and Boys State; this year, CODA had 72 reviews; while Summer of Soul, On the Count of Three, John and The Hole had over 40 at festival’s end.

However, for those films without broad-based appeal, but still with their own niches and fan-bases, industry insiders appear bullish that they’ll subsist, and the independent film industry, and life, will get back to normal soon. “Overall, it was a successful festival with excited buyers,” sums up Endeavor Content’s Kevin Iwashina. “The virtual festival did not undermine our ability to sell films. But did it make it less fun? Absolutely.”