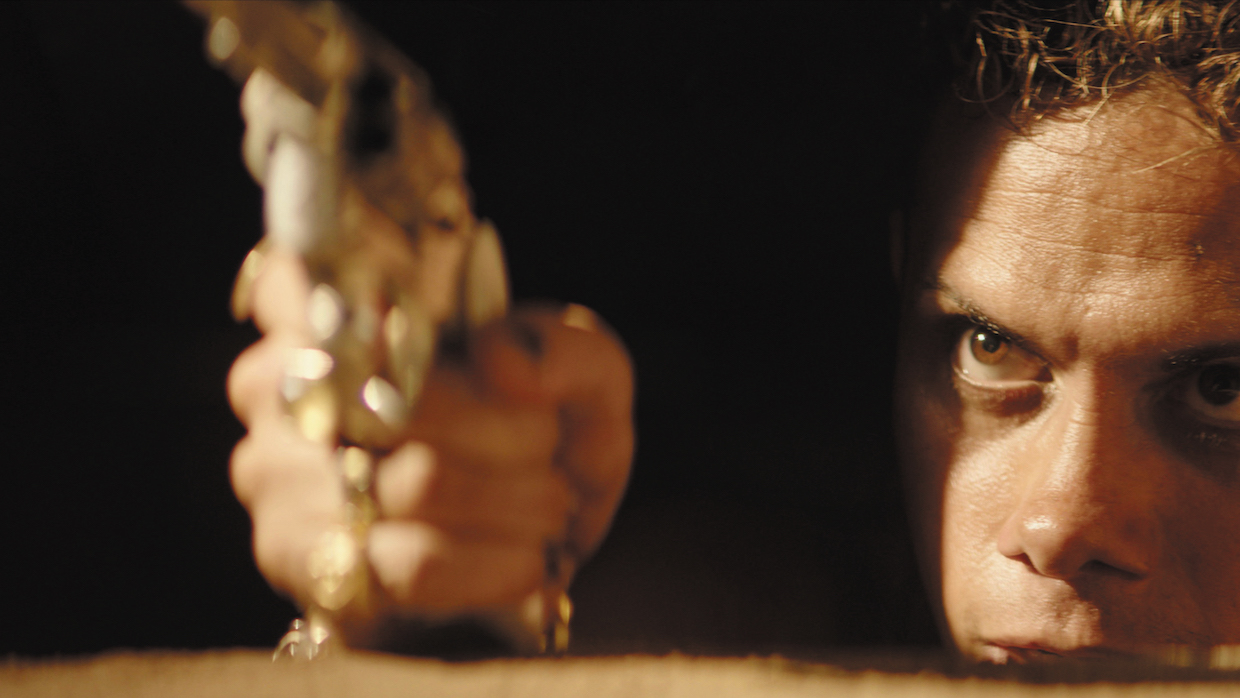 When I left Kino Lorber’s office on Friday, March 13th, I was expecting to return on Monday. I was wrapping up the DVD and Blu-ray of Jia Zhangke’s I Wish I Knew (2010), getting final proofs of Adam Nayman’s booklet essay and waiting for the test molds (the final check disc the replicator sends for approval before the title goes into manufacturing) to come in. But then the lockdown hit, and the scramble to improvise and adapt to the situation. One of my colleagues lives nearby our office, so he shipped the I Wish I Knew test molds to our head of quality control, who was working from home in Brooklyn. All the shipping addresses then had to be changed so discs didn’t start stacking up on my office desk. But finishing up projects that were near completion was easy; the real question was how new titles would get done in this isolated new era.

The central nervous system of our office is a massive local server that houses all of the master material that is the starting point for all of my projects. Once our offices shut down, I had to figure out a way to access it from my apartment in Brooklyn. Our invaluable tech support set me up with a remote connection to my office computer, but there was no easy way to transfer files from my office computer to my home machine. My office hard drive was maxed out, so my Dropbox account wasn’t of much use, but fortunately I had an external hard drive plugged into my office computer. I transferred my Dropbox account to the external drive, which gave me plenty of space to move around everything most in demand: feature and trailer ProRes files, 5.1 audio mixes, audio commentaries, closed captions, subtitles, layered artwork, print-ready artwork, production stills and sometimes raw footage of interviews that needed editing. Once synced remotely, I could log onto Dropbox on my home computer browser and have access to just about everything I needed.

With this essential taken care of, I started to think through the rest of the workflow and how to get my usual 10 to 15 titles a month into the warehouse. Remote access to my office computer meant I could upload masters to the authoring house and set up products on Kino Lorber’s database, which links UPCs (universal product codes) to their film record so sales and expenses can be tracked accurately. I could access all the manufacturing details and place orders from home by logging into the vendor site, and the printer and disc manufacturer seemed to be mostly operational, with some expected delays owing to the extraordinary circumstances everyone was living under.

One difficult issue was the creation of bonus features, which Bacurau was going to be loaded with. Kleber Mendonça Filho and Juliano Dornelles’s anti-colonial revenge thriller was the first Kino Marquee release, after its initial theatrical rollout was spiked by the pandemic. I had produced the DVD and Blu-ray of Mendonça Filho’s Aquarius a few years earlier, so I already knew that he was a cinephile who valued physical media and was eager to contribute additional material. But it would be a while before camera crews would feel safe going into people’s houses or artists would enter studios for interviews or audio commentaries. The first major shift was asking everyone to record commentaries at home with USB microphones and a program like Audacity. Mendonça Filho agreed to do it, despite having two six-year-olds at home (I have one four-year-old, which is exhausting enough).

The initial idea was for Mendonça Filho and Dornelles to record simultaneously at their separate homes. They wanted to call each other, press play at the same time, then record their conversation. I was concerned about the audio quality and wanted them to record separately on USB microphones at home, then edit them together in post, though it wouldn’t have the same conversational flow they would prefer. As it turns out, Dornelles had technical issues and wasn’t able to record his side of the commentary. The disc now contains Mendonça Filho’s solo recording, which was mixed and edited by our post-production supervisor. The disc was then filled out with pre-pandemic recorded material I got access to with the help of producer Emilie Lesclaux, much of which required newly translated English subtitles, including Bacurau on the Map, a 60-minute behind-the-scenes documentary that Mendonça Filho directed, one deleted scene, Dornelles’s short film Mens Sana in Corpore Sano (2011), an interview with the two filmmakers that Kino Lorber conducted at the 2019 Toronto Film Festival, a Q&A from the New York Film Festival licensed from Film at Lincoln Center and a newly commissioned booklet essay by Fabio Andrade (Blu-ray only).

A key component of any project these days is how conversant the filmmaker is with home computer tech. Mendonça Filho was familiar with everything required, whereas István Szabó was locked down in Budapest without access to a computer. All he had was his phone. I was eager to get him to record audio commentaries for Confidence (1980), Mephisto (1981) and Colonel Redl (1985), all of which I was working on for DVD and Blu-ray, but it would turn out to be impossible. Instead, he delivered short introductory essays for each film’s Blu-ray booklet—all accompanied by longer-form essays from Vulture’s Bilge Ebiri. Szabó also recorded a phone interview for Sophy Romvari that she used in Remembrance of József Romvári, which she made about her grandfather, the production designer on the three films. (The short was included on all of the discs.) I produced more than 100 titles in 2020 in similarly adaptive fashion since the pandemic began.

Though my department holds its meetings via conference call, I have not entirely escaped the grip of Zoom, which has become a quick and easy way to record interviews, even though the video quality can leave something to be desired. I have licensed Zoom Q&As for titles like Capital in the Twenty-First Century, Martin Eden and Identifying Features, and set up an hour-long discussion between Tom Gunning and Ken Jacobs for a forthcoming project. While it is not a sufficient replacement for a studio interview in terms of polish, the roughness and improvisatory nature of these Zoom talks ably represent the spirit required to get any work done at all during this cursed plague.