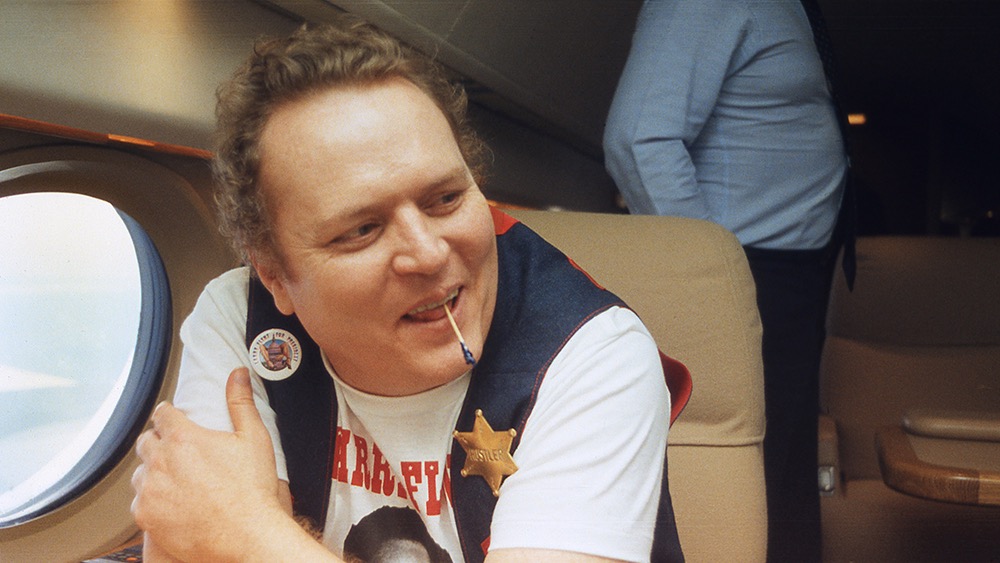 Real-life film festivals are back! Or so I hear. After its 2020 plans for public exhibition were scuttled by the pandemic, the Tribeca Film Festival – sorry, I mean “Tribeca Festival,” that increasingly problematic word “film” now scrubbed from the moniker for ease of branding – was back in New York City movie houses this week for its 2021 edition. Audiences could also take advantage of online screenings (Tribeca At Home) in a hybrid format that makes programming accessible across the country.

The festival, consistent for years as a launchpad for strong nonfiction film, remained so. There were plenty of docs devoted to boldfaced names (Rick James, Jackie Collins, Wolfgang Puck, the Norwegian pop trio a-Ha, among many), likely to appear soon on a streaming platform near your remote control. Dig a little and there also was trickier work that aimed to unsettle form and cut to the quick. Given a passing glimpse at its premise, North by Current fits into an all-too-familiar category that has flogged Netflix subscribers in submission. The death of a two-year-old child under cloudy circumstances, domestic violence, a forensic reinvestigation, family mysteries to untangle, the religious backdrop of Mormonism at the wintry northern edge of America: all the kind of elements that swirl together in the episodic binge-doc format. Filmmaker Angelo Madsen Minax flips that script with a concise (85 minutes) and unsparing inquiry that takes the death of his niece Kalla as a starting point, spiraling into layers of familial complexity in search of emotional redemption. Minax draws on all manner of resources, including old home movies, his own narration and the questioning voice of a child – a stand-in for his lost niece – to create a richly textured story that evolves over several years and multiple visits back to Michigan. Early on, the filmmaker’s elderly parents reveal that they mourned his transition as they would a child’s death, a staggering moment for Minax that spins the film into a profound personal exploration as well. With visual lyricism, brave candor and a determination to get to the root of his family’s wounds, Minax achieves something risky and breathtaking.

China’s industrial march to world domination is adroitly mapped in Ascension, at times given a sense of decorous abstraction through the compositions of director Jessica Kingdon and co-cinematographer Nathan Truesdell, whose cameras seek out artful patterns in the widgeting hives of factory production lines and candy-colored assemblages of plastic stuff spewing out across the globe. Matched to composer Dan Deacon’s percussive electronic score, the scenes could percolate along quite entertainingly, yet the film also works its way up the food chain, as it were, tracking the commodification of a nation in a kaleidoscope of facets, from laborers lining up at an outdoor recruitment station with buses ready to sweep them away to corporate dormitories, to aspiring live-stream stars learning how to hone their personal brands. Rather than a posture of omniscience (a la Godfrey Reggio) or studio artmaking (a la Edward Burtynsky), Kingdon anchors herself to the human factor, never as amusingly as when observing a roomful of workers assemble lifeline rubber sex dolls, fussing over the proper shade for nipples.

The subject of Larry Flynt for President would certainly appreciate that discussion. The documentary captures the larger-than-life Hustler magazine publisher’s campaign to become American’s “first porno president,” and upset Ronald Reagan’s 1984 re-election bid. It’s drawn from archived footage of an incomplete chronicle of Flynt’s quixotic mission, and it parallels the chaotic events that were fictionalized in Milos Forman’s double Oscar-nominated The People vs. Larry Flynt. As reassembled by director Nadia Szold, the film would seem to have us lament the passing of days when such an outlandish, polarizing figure could roar across the American landscape, cursing corrupt big government and rallying the common folk with raw candor and an unabashed disregard for polite discourse, not to mention an affinity for tacky gold decor. Oh, wait. That was Donald Trump. Let’s hit pause on further mention of America’s real first porno president. And trust that this portrait of Flynt as a First Amendment warrior and antagonist of puritan hypocrites is also one of an authentic believer in a more perfect union. Szold, working from footage originally produced by Steve Lindsey, adds contemporary interviews with Flynt’s associates and solicited a few words from the man himself, before his death earlier this year. The film originally was to premiere last year at Tribeca, so it received a belated world premiere last weekend. Hindsight does little to diminish the perception of Flynt as an exceptional public figure, one who exchanged the millions he made hawking smut of a graphic nature then unprecedented outside of, say, Sweden, for the opportunity to harass, savage and degrade all manner of political and religious leaders and institutions. The film thoughtfully details the greater price that Flynt’s obsessions cost him, including the physical toll of rough incarcerations amid intense legal battles (he was paralyzed from the waist down by a would-be assassin’s bullet in 1978) and his fourth wife and business partner Althea Flynt’s drug addiction.

Refreshingly, Morgan Neville’s Roadrunner: A Film About Anthony Bourdain gets to the point right away. The first subject onscreen to talk about the tell-all chef turned globetrotting raconteur turned ambassador of gonzo empathy shoves any pretense of postmortem hagiography aside. “He committed suicide,” says Bourdain’s friend, the musician and painter John Lurie, “the fucking asshole.” Nearly two hours later, the film’s closing credits finds another pal, artist David Choe, vigorously assaulting a Los Angeles street mural of Bourdain with a Pollock-like eruption of splattered paint. Neither quite achieves the subject’s own dark fantasy of a send-off – being sprayed out of a wood-chipper onto horrified shoppers in Harrods, the luxury department store in London – but these bookends serve Bourdain’s characteristic irreverence. Inbetween, though, is what you’d expect: A lot of well-edited clips from Bourdain’s various shows, some occasionally revealing behind-the-scenes footage, and interviews with those who knew and loved him, laid out in an arc from the breakthrough burst of success with his 2000 memoir Kitchen Confidential through a troubled final year that ended with his June 2018 suicide. The effect is something like William Holden narrating from beyond the grave in Sunset Boulevard, a vibe the movie-mad Bourdain would surely have appreciated. As fan service and a window into the pleasures and risks of getting what you wished for, even as one of pop culture’s most cherished iconoclasts, the film is a welcome act of closure.