Dial-up Connections: All About Lily Chou-Chou at 20 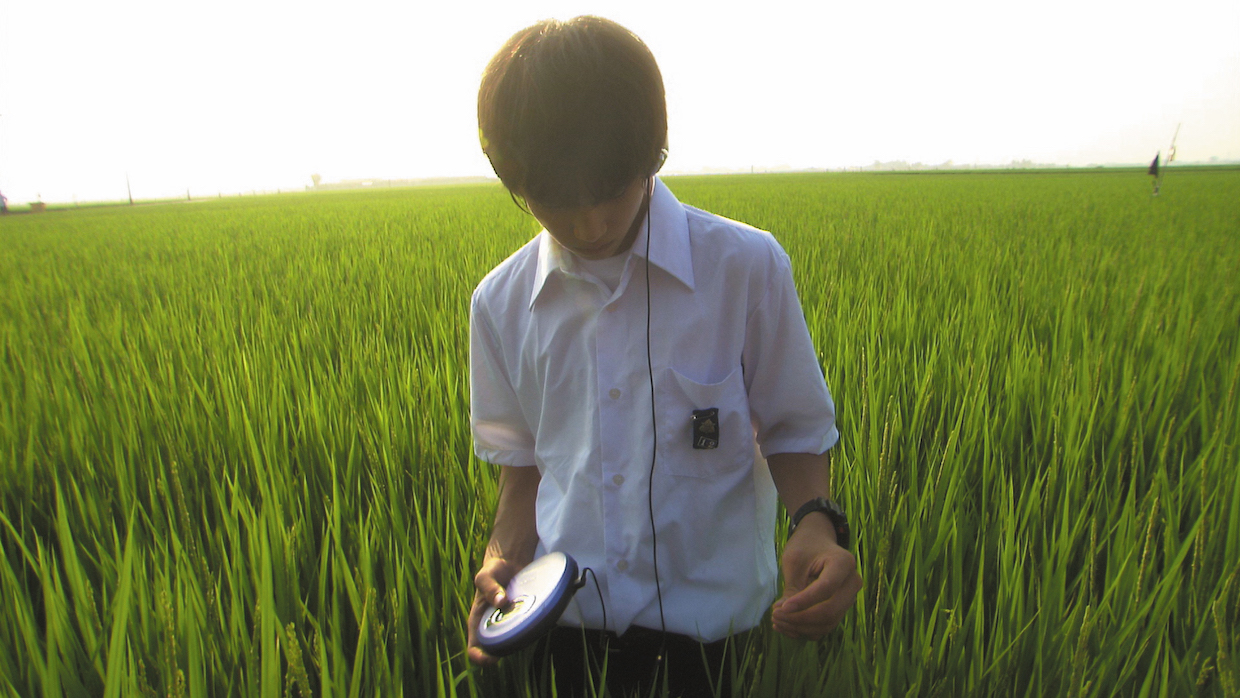 All About Lily Chou-Chou (courtesy of Film Movement)

Twenty years after the release of All About Lily Chou-Chou, I can’t think of a film that better depicts what first drew people to the internet, and certainly none that matches its expressive use of content-type header errors. Director Shunji Iwai evokes the gaps and hesitancy in early internet communication through the depiction of character encoding across the screen. Posts on an online forum devoted to Lily Chou-Chou, a mysterious pop singer, first appear in a mojibake jumble of accented Latin characters. We can hear the clack of an old keyboard and another tap to refresh. The BBS code is janky, and users must frantically reload the pages to decode text from garbled Western glyphs into Japanese characters.

The messages are intense and awkwardly poetic. “The shadows SHE releases into the Ether sublimate its wavelengths, transcend the spectrum, reach the transparent beyond. A permeating imagine of pain fills the gaps of serotonin,” writes one of the users. “The Ether heals my pain,” posts another. Someone else types, “This sounds like a cult.” The opening scene presents one of the users out in the physical world: a fourteen-year-old, alone in a bright field, wading through pristine grass that comes up to his waist. He’s still dressed in his school uniform, all mop-top hair and gangly posture, listening to a CD on his
Discman. It seems that he’s hiding from someone and also that this time alone provides him some relief.

Bewitching music plays while the film skips back and forth from the boy in the grass to the brief bits of white text on a black background. We don’t see much of Lily in the film but learn about her through the music and the obsessive mythmaking by her fans in the BBS. They comment on her media appearances and share facts about her life, like that she was born on December 8, 1980, at the exact moment when John Lennon was shot. Most of all, the users write about how her music makes them feel.

The “Ether” is a nebulous theme channeled by the superstar that her fanbase adopts to describe their connection to one another online, the ways her power creates a feeling of intimacy, and just her overall ethereal vibe. Lily is “the Ether personified,” someone posts. Their messages grow ecstatic as the film continues to cut back to the shot of the kid in the electric green grass. He’s soothing his troubles with Lily’s music. When he’s back at his computer, his aloof exterior will melt, and he will share emotionally charged messages with the BBS.

The boy in the field is Philia, the site administrator of Lilyphilia. By day, he is known as Yūichi Hasumi. His family doesn’t have a lot of money, but he has a little computer station in the corner of their messy apartment. Voluble as he is when posting online, Yūichi scarcely speaks in the film. Some tender moments in his life offline happen wordlessly. After he is caught shoplifting, to the humiliated dismay of his pregnant mother, he finds her later and offers her a ride home on his bike. They say nothing, but she eagerly hops on his parcel shelf. It’s clear from her smile that he’s been forgiven.

Much of the success of the film hinges on Lily, who we must imagine as a mesmerizing talent like Kate Bush or Björk, someone who might inspire teenagers to exchange such raw and enthralled messages. She’s performed by Salyu, a Japanese singer who was a newcomer at the time, and she’s really that good. The soundtrack, by frequent Iwai collaborator Takeshi Kobayashi, blends Debussy and glam rock hooks softened by Salyu’s crystalline vocals. Lily is not much older than these teenagers and also a resident of their island country, but she seems to exist eons and galaxies away; someplace at least as dreamy as the virtual world where the youth connect.

All About Lily Chou-Chou didn’t undergo a conventional adaptation process. Before there was a script, there was an “internet novel” composed by an online community. Users, mostly youths themselves, could submit ideas and interact with the characters Iwai created for the BBS. The director demonstrates an intuitive sense of how a slippery online identity ekes its way into physical space. A great example of this happens at the start of Vampire (2011), Iwai’s English-language debut, as two characters, “Pluto” and “Jellyfish,” awkwardly meet IRL. They seem skeptical and trusting of each other in equal measure. Pluto lists some of his least favorite users on the forum where they met, and Jellyfish shares that those are all her alt-accounts, happy to own her petty deceit.

In Lily Chou-Chou, the solace of the teens’ online community contrasts with the brutality of their face-to-face interactions. Online, as anonymous users, they reap all the rewards of companionship and sharing feelings without the risks of being seen—and seen as vulnerable. The texts from the BBS weave through the film so seamlessly that watching it now—in the age of smartphones—it might be easy to forget that these are jumps in time. The messages are used to animate scenes of Yūichi on his own, whether in the field, at his computer or browsing a record store. Yūichi’s internet life is anchored to his computer, but he listens to the music every chance he gets, and he thinks about the internet when he’s away from it.

Other than Philia/Yūichi, it is unclear until the end which characters in the film match the users in the BBS. Offline enemies might unknowingly form bonds in the “Ether.” Yūichi and other characters are subjected to aggravated bullying, including sexual assault and coercion. While not unrealistic, the graphic depiction of their cruelty is hard to watch. As the film progresses and Yūichi becomes complicit with unforgivable acts by his schoolmates, the BBS seems less like a sanctuary of healing than a numbing force. Perhaps his care for Lily—an icon; ultimately, a stranger—should be siphoned to the people around him, who, like him, suffer alone in the world. But such is real life.

Each of Lily’s songs on the soundtrack is beautiful. In powerful scenes, we see the characters on headphones, seemingly guided by her to access intense emotional states. They don’t quite have one another, but they share the trance that comes from hearing one’s favorite song in a moment of pain.

The internet is different now, but Lily and her “Ether” continue to dazzle listeners. I looked up the song “Arabesque”  on YouTube to accompany me as I wrote this essay. On its page, there are comments that sound like messages from the Lilyphilia BBS. Some of these comments have been posted in just the past year. “One of the most beautiful thing i’ve heard in my life,” someone comments. In another comment, a user writes, “god let me this song forever in Heaven .it calm me down when i’m fusing or when i’m high on drugs, , at the first time ,, i couldn’t describe the emotion i was into so deep , this marked deeply in my soul.”