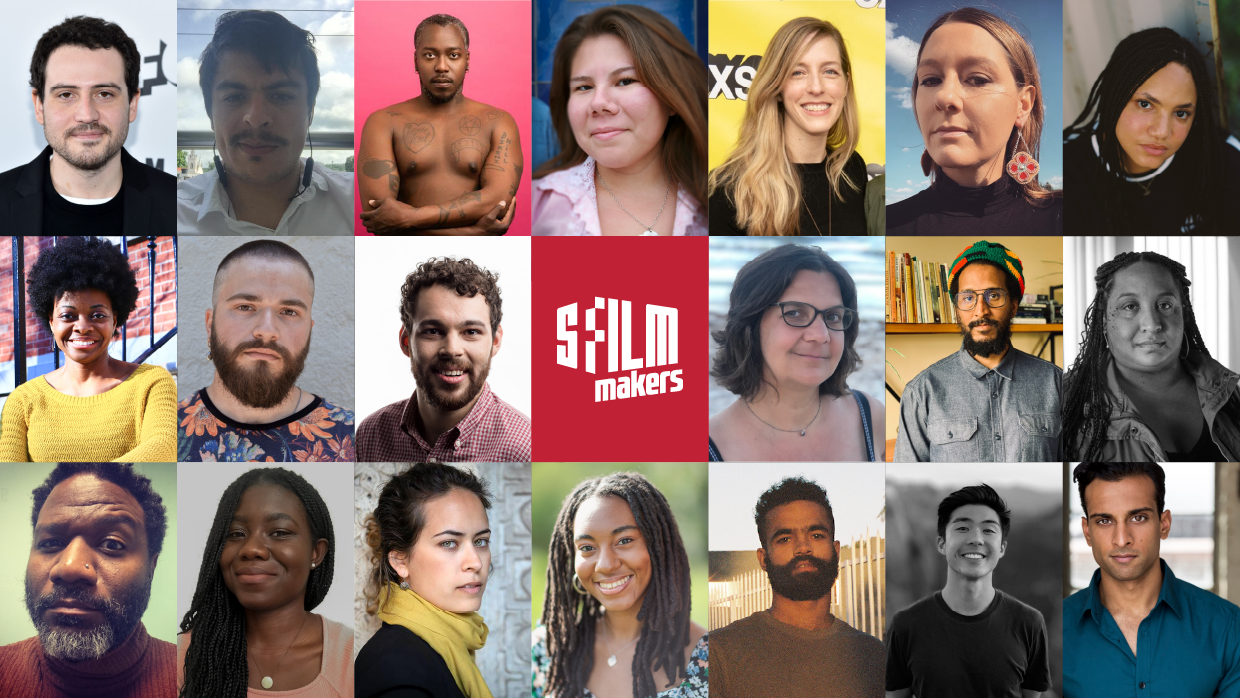 by Scott Macaulay
in Filmmaking, Financing
on Sep 16, 2021

SFFILM, in partnership with the Kenneth Rainin Foundation, announced today the 20 projects that will receive SFILM Rainin Grants totaling $490,000. The grants will support the makers’ screenwriting and development activities, with these grants remaining among the very few that fund narrative filmmakers in the development stage. Additionally, two projects have been awarded SFFILM Rainin Filmmakers with Disabilities Grants — a new initiative supporting applicants whose films specifically address stories from the disability community.

According to the press release, “SFFILM Rainin Grants are awarded annually to filmmakers whose narrative feature films meaningfully explore pressing social issues and/or have significant economic or professional impact on the Bay Area filmmaking community.”

The panelists on this year’s selection committee are: Cullen Conley, Manager, Mosaic; Gabriel Mayer, Creative Executive, Killer Films; Lauren McBride, Artist Development Director, SFFILM; Rosa Morales, Artist Development Associate Manager: Narrative Film, SFFILM; Ted Russell, Director, Arts Strategy & Ventures, Kenneth Rainin Foundation. They wrote in a statement, “We were fascinated with the breadth of life experience, genre, scope, and diverse voices in this remarkable group of filmmakers. Their narratives explore personal, cultural, and historical depths of storytelling. We often see projects in which diverse identities are at the forefront, pushed as a commodity. But in this slate of films we were impressed by how deeply the writers explore humanity first. They have demonstrated passionate and unique points of view. We are thrilled to work with this talented group and are proud to support both the projects and the artists behind them.”

A tumultuous love story about two young gay Latinx lovers — Ale, fighting to survive during the economic recession and the pandemic, and Samuel, an amateur boxer on the rise with pent-up violence.

A talented but impulsive graffiti artist makes the connection between his art and ancient San rockart forms still alive in his hometown. On the journey, he takes up the calling to explore a deeper magic that exists to renew a culture made a crime. In the end, he must learn that realizing his full purpose means accepting the ultimate fate in a city designed to kill him.

A stream of days that make up the life and journey of a young train-hopping graffiti writer, Coyote Boys is a contemporary odyssey through fringe communities, centered on rootless youth experiencing loss and loneliness—trying to find alternative ways of surviving 21st century America.

In West Oakland a young woman finds herself without a place to call home, timed out foster care, and a survivor of sexual exploitation. Without a roof over her head, and caught in a system that would rather forget her, she must not only find a way to survive, but discover who she truly is. But can she find a way forward without confronting her past?

Fremont, CA. 2008. In the last month of summer before high school begins, an impressionable Taiwanese-American boy learns what his family can’t teach him: how to skate, how to flirt, and how to love your mom.

Gia, a young mother reaching the end of her third pregnancy, struggles with the uncertain future of her unborn child, her other two children having already been taken from her by Child Protective Services.

Following the disappearance of her sister, a Native American hustler kidnaps her niece from her white grandparents and sets out for the state powwow in the hopes of keeping what’s left of their family intact.

As the world awaits a new ruling from the Supreme Court that could effectively reverse marriage equality, a local celebrity couple, Pam and Rosa Gaye, are thrust into the spotlight and hands of a publicity seeking marriage counselor when Rosa announces she wants a divorce.

Magnolia Bloom is a story of young love and rebellion in 1960s New Orleans.

Salha, a mother gifted with prophetic dreams, lives in an isolated village in Tunisia. When her eldest son’s sudden return from Syria coincides with a series of strange disappearances in their community, Salha’s maternal love is tested and the family faces how guilt can haunt the human spirit.

Ohijee Vati-Myers is a comic book artist. One day while in the comic book store, he meets a woman. They hit it off, and spend the rest of the day walking the city. They end up at her apartment where they spend the night together. The next morning, he awakes in his apartment with signs of never having met the woman.

For 17-year-old queer Celeste, senior year in her affluent Black community means following family tradition and becoming a debutante… but she longs for a different kind of coming out.

An Indian-American drag queen on the verge of stardom returns home to celebrate Diwali with his conservative parents who he hasn’t spoken to in 5 years due to his choice of profession. At this part for Diwali, his life is turned upside down when his parents surprisingly announce they have been divorced for ten years, his mother is gay, and they are selling the childhood home — causing chaos, laughs, and heartfelt drama.

Scary Lovely
Johnny Alvarez, writer, director, producer—$25,000 for screenwriting
A middle-aged gay man forges an unlikely friendship with his dead lover’s beneficiary as they’re drawn together by matters of the paranormal.

DeShawn is living fast and wild in a post-Utopian Oakland. Bathhouses, brawls, and endless hookups have continued well into his thirties. The night his Uncle dies, his hair turns abruptly gray, and he returns to his childhood home of Alabama for answers. DeShawn must confront the ghosts of his past, the dead men who seduced and failed him, and the firebrand women who made him, in order to find peace, and finally lay his burden down.

Trying to escape her current life rut, Olivia, an early-thirties Black American, finds herself foreign in Ghana caring for Irene, an animatic Ghanaian older woman with early-onset Alzheimer who’s planning her own funeral.

In Colombia, in a road on the slopes of an abyss in the Chicamocha canyon, Tokyo, a fourteen-year-old boy forced to work as a road mechanic, must face his conscience and responsibility for the disappearance of his younger brother, to confess to his parents the whereabouts of his corpse.

Five Mexican-American women across various cities in Texas attempt to forge connections in familiar spaces while their identities are challenged.

Spurred by the spectacle of a circus tent that goes up outside his Oakland apartment, a disabled filmmaker launches into an unflinching meditation on freakdom, (in)visibility, and the pursuit of individual agency. Shot entirely from his literal physical perspective, both from his wheelchair and his two feet, the filmmaker’s gaze and thoughts oscillate between how he is seen, his distant family, and whether his films have fallen into the legacy of the Freak Show.

There’s a new drug on the horizon that promises to make people with dwarfism taller—and it’s threatening to erase the very community it aims to serve. As Little People grapple with their uncertain future, director Julie Wyman confronts her own complicated diagnosis of dwarfism. At the heart of the film lies the question: if you could give up the qualities that make you different, would you? And at what cost?