“We Find the Authenticity of Real Locations to Be Such a Huge Factor in Making a Believable and Captivating Movie”: DP Benjamin Kirk on Watcher 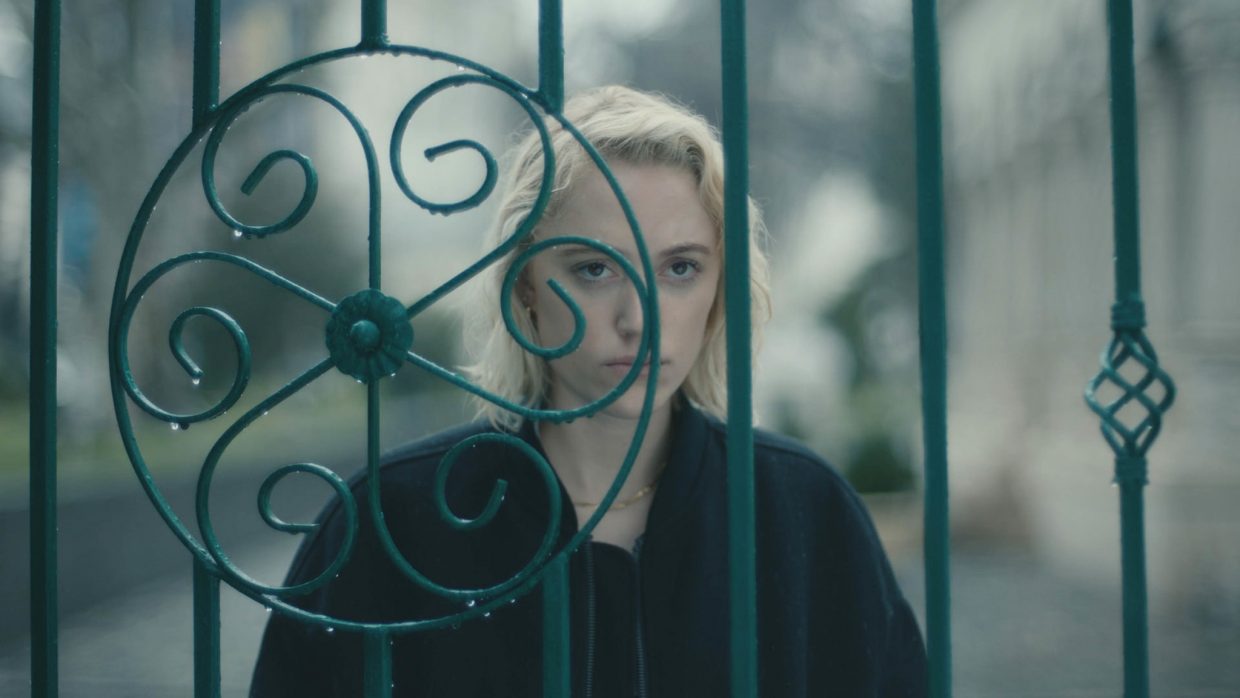 Shot on both vacant streets and luxury apartments in Bucharest, Watcher examines a woman uncertain whether to trust her instincts as she begins to suspect that someone—possibly a neighbor—is stalking her. As DP Benjamin Kirk explains, the camera embodies the state of mind of Julia, heightening the audience’s sense of peril, and films by David Fincher and Roman Polanski were touchstones for both Kirk and director Chloe Okuno.

Kirk: Director Chloe Okuno and I met when we were both studying at the AFI Conservatory back in 2012. We did our thesis film, Slut, together. Working on our thesis film, we quickly realized that we shared taste and love for genre films—in particular, classic horror and thriller films. I also quickly realized how Chloe had an amazing way to write characters in her stories, and later I found our that she also has a fantastic way of working with these characters in her direction. Our thesis film received a lot of attention and awards on several film festivals, so when Chloe asked me to come on board on this project, there was no doubt in my mind that this would be a great opportunity to continue our collaboration.

Since Chloe and I are both AFI graduates, we share a common approach on how to form the visual language, and we connect very quickly when discussing visual style and shots. I believe this was a huge advantage in developing the visual language for Watcher.

Kirk: Watcher follows the story of a young American couple. As a citywide panic is brewing over a possible serial killer on the loose, they move into a new apartment together in Bucharest. The main character, Julia, finds herself isolated in her new surroundings and becomes increasingly tormented by the belief that she is being stalked by someone in the adjacent building.

It was important for me that the story unfolded with Julia, and that the way the camera portrays her was closely linked to her state of mind. I didn’t want the audience to discover anything before Julia did, but to discover it simultaneously with Julia.

When we need to feel what Julia feels, I would place the camera physically close to her, connecting the audience with her emotions. Whenever we would jump out to a wider shot of a scene, I would shoot this on a long focal length and often add foreground elements. I did this to convey the notion of someone watching her, a notion we wanted to amplify as the story progressed and Julia became more and more suspicious and afraid of someone stalking her. In the composition I would sometimes use foreground elements to box Julia in. I would do that to enhance her feeling of being isolated and entrapped.

Kirk: In preparation for the film, Chloe and I shared a lot of different movie references, some very specific for certain scenes and some more broad references for tone and feel. In terms of lighting, composition and camera movement, we looked toward David Fincher and the cinematography of Harris Savides in Zodiac and Darius Khondji in Seven. There was a certain grittiness and contrast in these two films that we really liked. I believe Chloe and I are also often inspired by older classics. In this case we studied at a lot of films by Roman Polanski for tone and feel. Rosemary’s Baby, The Tenant and Frantic, were especially great inspirations to us.

Some other references that I almost always bring up in my work is Gordon Willis’ lighting and framing in Klute and Harris Savides’ extraordinary work in Birth. I believe that both of these films portray their characters in a way that really connects the audience with the emotions of the characters.

Kirk: We wanted as much as possible to be shot on location since we find the authenticity of real locations to be such a huge factor in making a believable and captivating movie. I would say that some of the biggest challenges we had were finding the right locations for the film, but spending that extra time on location scouting really paid off. There are so many great historical buildings in Bucharest, and the huge contrast and diversity of the locations we found really added to the overall feel of the film.

Kirk: I chose to shoot on the Arri Alexa Mini LF and Vantage one4 lenses. The large format sensor of the Alexa Mini LF gave me a more narrow depth of field, which helped me isolating Julia from the background. Without the distortion of a wider lens. the large format sensor and the very close focus abilities of the lenses helped me in creating a much more intimate connection between Julia and the camera.

I wanted to give the film a sense of heightened realism.  To achieve this I chose to use the Vantage One4 lenses. They were magical. They have some characteristics of vintage lenses, but with the engineering of a modern lens. To me that is a perfect combination. I added Glimmer Glass filtration in front of the lens to give a subtle halation to the highlights and to slightly soften the skin details. I believe that this combination augmented the look towards a sense of heightened realism.

Kirk: I wanted the lighting to be realistic and true to the environments. In the studio, I always made sure to have a lot of practicals placed in the scenes to be able to extend the light from whatever practical that had the best placement for the characters in the scene. On location, I would measure the output of the existing practicals and expose the camera accordingly. This would act as my base lighting, and I would add in artificial lighting on top of my base lighting. This was helpful for two reasons: exposing for the base lighting would add to the sense of authenticity we wanted, and it turned out to be a very quick and efficient way of working on location.

Kirk: Some of the more challenging scenes to shoot were the elevator scenes when Julia enters the watcher’s building. We found a perfect looking elevator. The only issue was that it was not working. I had to create a way to make it look as if it was working. We removed the doors from the elevator and rigged two mirrors on a gobo arm. We then pointed a hard source into the mirrors and my gaffer turned the gobo arm, making the light from the mirrors reflect in the same moving pattern that would come from the hallway lighting that the elevator would normally pass. Sometimes these light gags can turn out poorly, but I actually think this one worked out.

Kirk: We shot in ArriRaw, and I developed a day and a night LUT to mimic a look that was very close to our final look. I had to do the DI supervision remotely, and I knew I needed someone that would understand me and easily be in sync with our look. I was lucky to get the amazing colorist Stephen Nakamura at Company 3 on board to do the DI. He had previously done Zodiac and Seven, so I knew that he could take the film the rest of the way. Stephen did a fantastic job and I could not be happier with where he landed the look of the film.