“Everyone Has a Unique Perspective on the World”: DP Shana Hagan on Brainwashed: Sex-Camera-Power 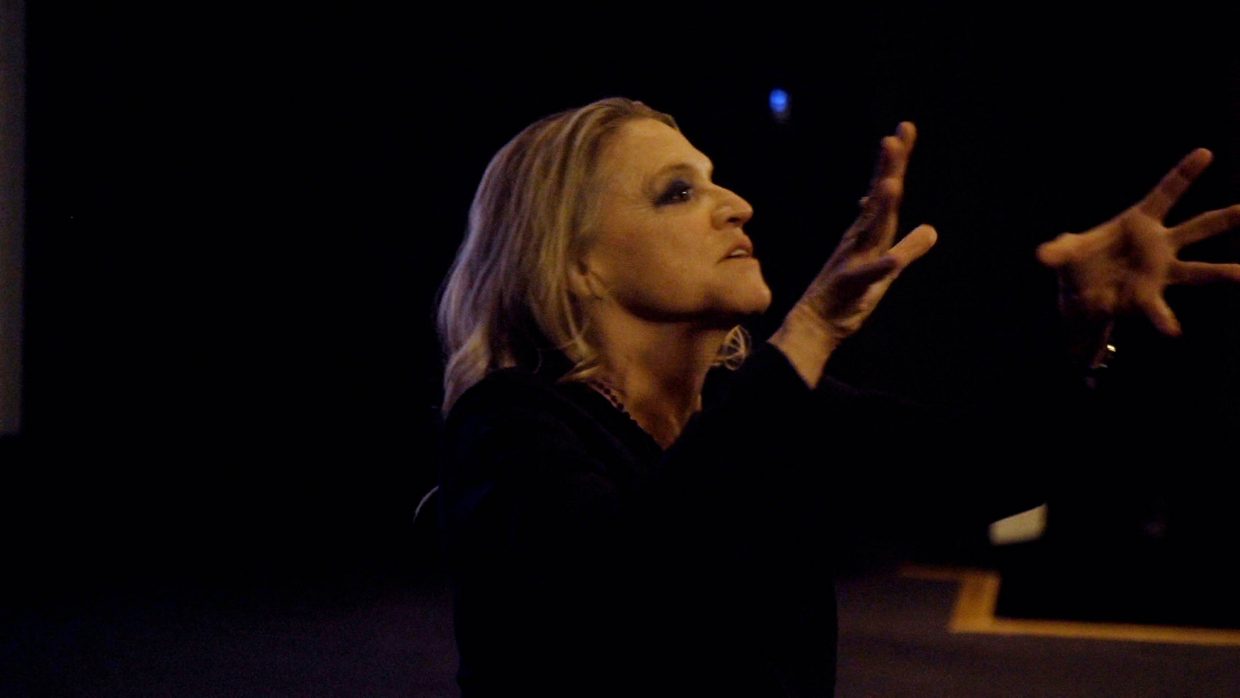 Based on her own cinematic talk, Nina Menkes’ Brainwashed: Sex-Camera-Power uses interviews, footage of her talk, and clips from over 175 films to help illustrate how sexual assault and employment discrimination are inscribed in the visual language of cinema. Below, cinematographer Shana Hagan discusses the challenges in adequately capturing the talk on camera, the importance of color grading, and the joys of working with so many women on set.

Hagan: I was introduced to director Nina Menkes through a mutual friend. Nina and I hit it off from the very beginning and knew we wanted to collaborate on Brainwashed. I’ve been shooting docs for a long time, but this project was interesting because it contained so many elements: traditional interviews, cinema vérité scene work and also Nina’s presentation on a large stage in front of an audience. The technical challenges as well as the subject matter really drew me to this film.

Hagan: Early on, Nina and I discussed the female gaze being an important place to start. Everyone has a unique perspective on the world, and I think it’s refreshing to explore the issues raised in the film from a female perspective. Without excluding anyone, and whenever possible, we wanted to include as many women on the crew as possible. The DP, the camera operators, additional cinematographers, ACs, sound mixers and producers are mostly women, and this was important to us.

Hagan: We didn’t have a huge budget, so we utilized a few Red Raven cameras donated for use by the production for the Sex and Power presentation on stage. We loved using the Canon 17-120 and 85-300 lensing for those shoots to really get in tight when needed. And for interviews and the scene work we used a combination of Canon C300 Mk II, Sony FX9 and even a Black Magic Cinema Camera. Because we were on such a tight budget, when shooting interviews outside of LA the producers hired DPs locally in those various cities.

Hagan: One of the biggest challenges was shooting Nina’s on-stage presentation of her Sex and Power talk. Because we knew her talk would be the backbone of the film’s structure, we wanted to shoot the main event on an epic scale. Filming in a large theater, we set up a large 24’ screen to project images and video clips behind her. We also shot with a live audience and utilized three cameras to cover various angles. We ended up shooting the presentation a couple of times in order to get different coverage on Nina, the screen and the audience. It presented a lot of challenges logistically and technically, but in the end became an integral part of the finished film.

Hagan: Because there are film clips from 175 movies as well as original material shot with several different types of cameras, we were challenged to come up with a cohesive, natural look. Nina had recently worked with Mike Sowa at Fotokem to remaster a few of her brilliant early feature films and suggested we use him for the documentary. Mike helped us put everything together. Final color is one of the most underrated processes in filmmaking. I highly recommend finding a professional colorist at a reputable post production facility to help you really put the finishing touches on your project. Much gratitude to Mike Sowa and his team at Fotokem for making this film really sparkle!