“I’d Never Really Written Personally About My Own Loss”: Mark Pellington on The Severing 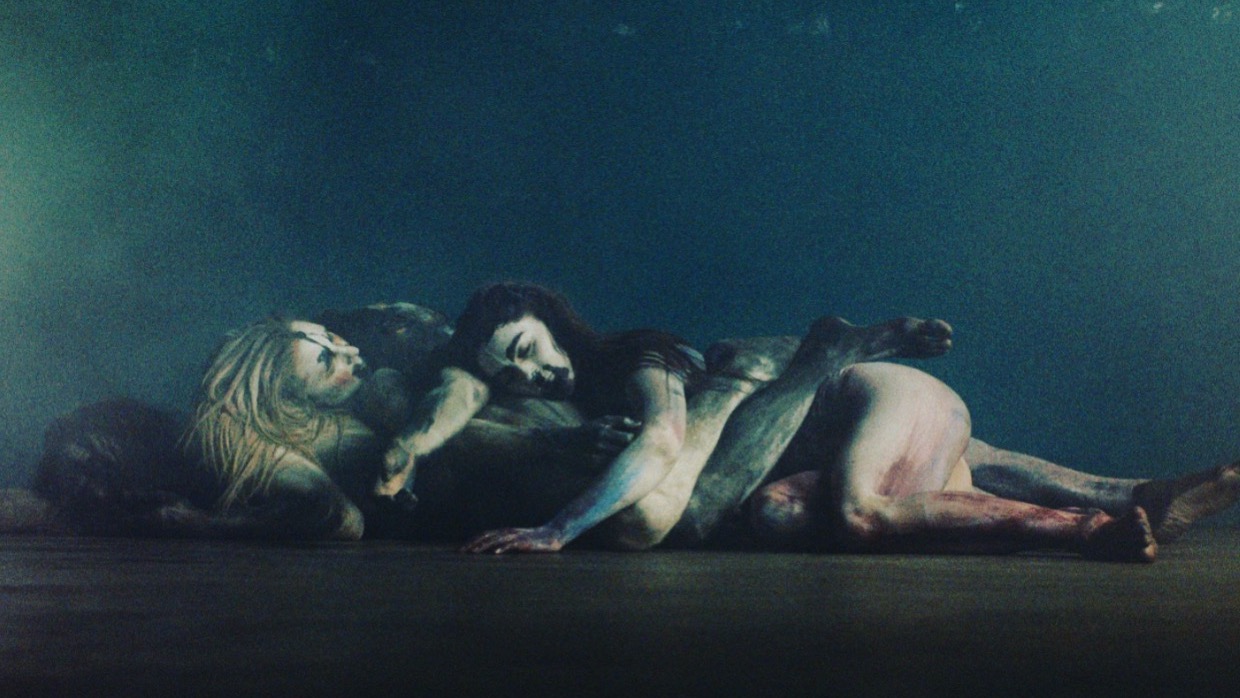 by Jim Hemphill
in Columns, Directors, Interviews
on Jan 26, 2022

Director Mark Pellington has long been one of the American cinema’s great chroniclers of grief, from early genre films like The Mothman Prophecies (in which the horror story is a vehicle for an unsettling, affecting tale of personal anguish) to more overtly philosophical takes on the subject like I Melt With You, The Last Word, and Nostalgia. While Pellington’s work is undeniably informed by the devastating loss of his wife Jennifer in 2004, it has tended, up until this point, to come at the subject from oblique angles, as in the 2008 dramedy Henry Poole Is Here. With his latest project, however, Pellington addresses his personal experience with grief head-on, to emotionally powerful effect. The Severing is Pellington’s boldest and most audacious film to date, an unclassifiable dance movie that plays like a cross between Wim Wenders’ Pina and Saw; using a sophisticated interplay of choreography, light, and sound design, Pellington moves beyond the limitations of narrative to get at something primal and raw—but also ultimately transcendent and life affirming—that perfectly conveys the transformative effects of grief and loss. Working with choreographer Nina McNeely, Pellington tells a story of wounded souls striving for connection via a series of dance sequences so meticulously lit and composed that they have the quality of living paintings, an effect aided by body paint on the dancers that adds its own expressive layer to the proceedings. Intertitles and a brief piece of voice-over narration give the audience just enough context to know where The Severing is coming from thematically, but the bulk of the film is open-ended, hypnotic and subjective enough to give each viewer their own deeply personal understanding of and connection to the material.

The Severing was set to have its world premiere at the Slamdance Film Festival this month; Omicron altered that plan, but the upside is that the festival’s virtual incarnation means audiences everywhere will be able to stream The Severing via the Slamdance app starting January 28. (I recommend watching it on the best sound system possible or with headphones, since the all-enveloping score and sound design are among The Severing’s many considerable strengths.) I spoke with Pellington by phone a week before the Slamdance premiere to ask about the movie and its origins.

Filmmaker: How did this project begin? Had you been wanting to do something a little more experimental for a while?

Mark Pellington: It began with the difficulty of expressing a story about loss in conventional narrative terms. I’d never really written personally about my own loss—it was hidden underneath the surface in films like Henry Poole and Nostalgia, and the music videos were exploring it in different ways, but they were never specifically about a guy who loses his wife. Then I met Nina McNeely, who had choreographed Gasper Noé’s film Climax. I’d seen that and really wanted to work with her, so when I was doing a series of videos for a metal band I told the guy in the band, “Look, I’ll do these other three, but I want to do this one song and I don’t want the band in it. I want to do something with these expressionistic dancers.” He said, “Fine,” and we made the piece, and I ended up shooting a lot of footage because watching the different dancers doing their thing gave me so many ideas.

What really came out of it was the idea of how difficult it is when you’re grieving to reconnect to an individual and reconnect to the world. In your body and in your soul, you’re never really the same as you were before, so how does that manifest itself in a deep, unconscious way? I told Nina I wanted to do something in that vein and we found a location in Vernon with all these different rooms and no lights. The cinematographer shot using natural light, just moving the dancers from room to room, wherever there was light.

Filmmaker: The cinematography is exquisite. How did you connect with Ann Evelin Lawford, the director of photography?

Pellington: She’s a Dutch cinematographer whose work I loved on Instagram. I reached out to her and said, “I want you to come shoot for me,” and she just flew over. She’d never been to America before, and she had no lights. We had something like five people on the crew, and one room might have a light bulb, another would be a half-window and that’s it. We just went from room to room. Nina would say something to the dancers, I would say something, then they would do their thing and we would go wherever we wanted with the camera. And I found that what they were doing really hit me in that it felt the way that I felt inside but had never been able to express before—and it had nothing to do with words or plot.

Filmmaker: Yeah, it’s incredibly immersive, not just the imagery but the sound, which is all-enveloping and really draws you in.

Pellington: I wanted the sound to be like Dunkirk—thick and disturbing, at times almost like a horror film. We were considering some kind of immersive performance or museum piece where it would be projected on four screens and people could sit in the middle, maybe writing their own stories of grief as they watched and listened. But then COVID hit and we realized we were not going to be able to do it as some kind of public event. Which was disappointing, because I’m really interested in museums and immersive performance and VR and stuff like that—but at the end of the day, if nobody sees it, what good is it doing? So I was really grateful to Paul Rachman at Slamdance, who watched it and said, “We’d like to show this.”

Filmmaker: Did you have any experience in the dance world before embarking on this?

Pellington: Zero, aside from the little bit of movement and choreography that was in some of my video pieces. I did a Damian Marley video that had some interpretive dancers, and that kind of opened me up to the purity of the body to express pain and damage and release in a way different from words. Directing dancers, you can be really, really, really abstract—it’s like working with a poet, or a painter.

Filmmaker: In a lot of ways the movie feels like it has as much in common with painting as with cinema or dance.

Pellington: Well I’m a big fan of Caravaggio, and the body makeup that Blake Armstrong did reminded me a lot of Carvaggio’s paintings. Evelin, the DP, was a painter before she ever shot anything. I’m interested in and inspired by all these different art forms but not that experienced in them, and that’s what made it fun. You know, we made it before COVID, but now it has this whole other level to it in terms of discontinuity and disconnection because people can’t be together. Grief, loss, the ways the dancers pull away and come together—people are close but they’re far, they tear each other apart…that’s what’s underneath all of it.