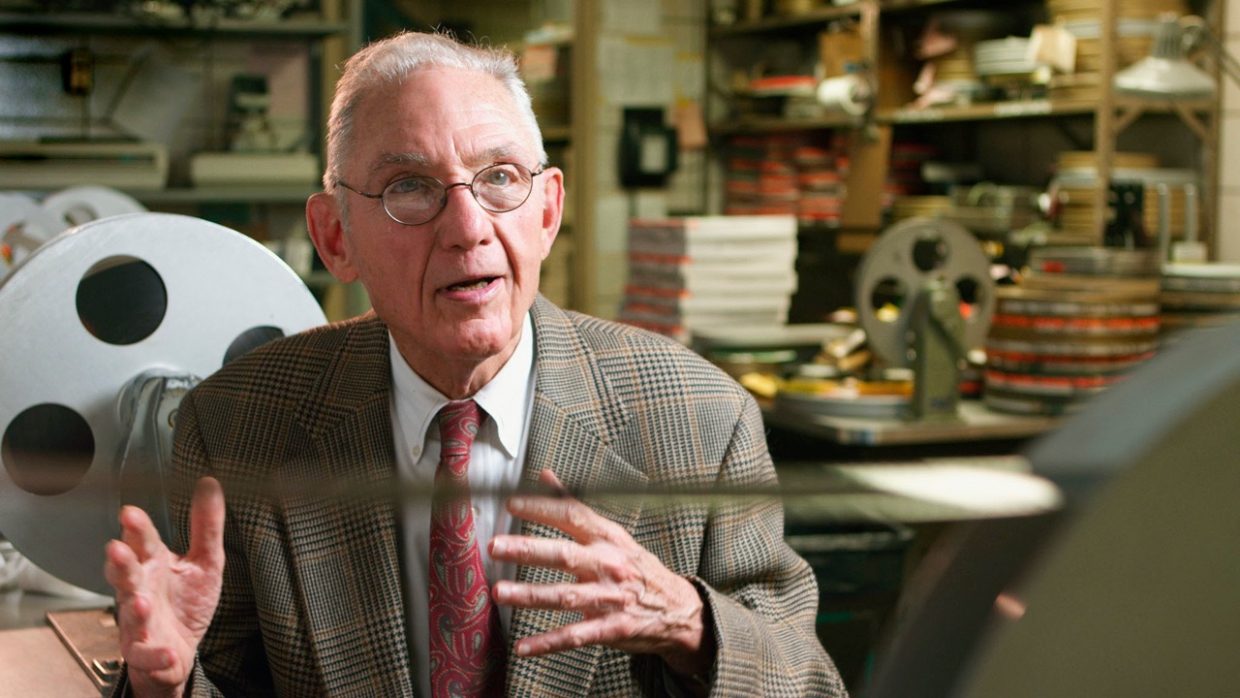 by Scott Macaulay
in Filmmaking, Post-Production
on Feb 4, 2022

Irwin Young, a foundational figure in the New York independent film world, died January 20, in Manhattan, at the age of 94. Chairman of DuArt Film Laboratories, his contributions across the field, which range from technical and business innovations to philanthropy to, simply, extending support to new and emerging filmmakers, are embedded within so many films that now define the American independent film movement. As distributor and director Ira Deutchman wrote at Indiewire, “If there were a Guinness Book of World Records entry for most ‘thank you’ credits at the end of films, I can’t imagine that anyone else could have more than Irwin.” And at Indie Collect, Sandra Schulberg has collected multiple tributes as well as fantastic photos from throughout Young’s career.

To remember Young, Filmmaker asked two people deeply entwined with this magazine’s history. First, long-time contributor David Leitner relates in detail the way Young changed how labs function both technically and in the ways they dealt with filmmakers. And then Karol Martesko, Filmmaker‘s founding publisher, discusses the role Young had in the IFP (Independent Filmmaker Project, now The Gotham), the IFFM (the IFP’s Independent Feature Film Market) and the creation of the publication you’re now reading. — Scott Macaulay

That DuArt Film Laboratory’s Irwin Young passed away on the first day of Sundance 2022 is deeply poignant. For anyone making independent films in the 1960s, 1970s, 1980s, and 1990s, there was only one “Irwin.” Through his support, concern, and personal touch, he was foundational to the indie film movement that gave rise to festivals like Sundance and organizations like the Independent Feature Project. Not for nothing was his annual condo party at Sundance the most packed and exuberant during the festival’s early years. 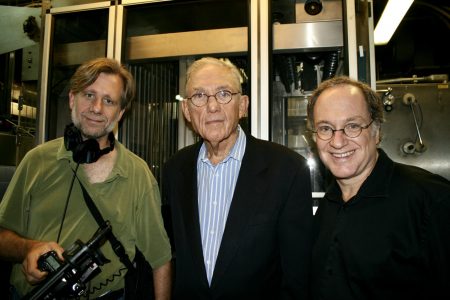 Andy Young, Irwin Young and David Leitner on August 10, 2010, when the last bath was run

The independent filmmaking community was small back then, and the financial barriers to entry, discouragingly high. Everything was shot on film, and indie filmmakers had to raise significant sums to process their film, print dailies necessary for editing, mix audio, make optical sound tracks, strike answer prints, do video transfers, and manufacture duplication elements and release prints. Irwin brought “under one roof” in midtown Manhattan, in a building occupied by the film lab started by his father in 1922, all of these services and more.

This efficiency was significant, because indie filmmakers typically had to deal with separate companies for each of these steps, meaning separate accounts, credit lines, and lines of responsibility. When something technically went wrong, an optical house or sound mixing facility would blame the lab, and vice versa. The filmmaker was caught in the crossfire, incurring anxiety, expense, and missed schedules. Every filmmaker from that era knows what I’m talking about.

Irwin not only simplified and streamlined postproduction, he stepped to the plate to help “impecunious” (his word) indie filmmakers too many times to count, cutting deals, OK’ing delayed payments, sometimes even investing in the films themselves. As a consequence, iconic filmmakers working today—too many to list here—got a leg up when they needed it most, at critical early career-defining, make-or-break moments. Simply put, he cared about their prospects and success. The role he came to play in the world of independent filmmaking, if not quite Medici—he was, after all, a businessman—was his own invention. In this regard, there simply was no one else like him in the industry.

But there’s more. Trained as an engineer, Irwin constantly sought to augment and enhance DuArt’s services. In the late 1970s he imported the first Rank Cintel telecine into the U.S. and years later invented the concept of priced-per-foot video dailies. He won a technical Oscar for DuArt’s computerized frame-count cueing system, which did away with cutting big notches into the edges of 16mm A&B rolls in order to trigger color changes while printing. (These notches often caused tears.) He hired me to set up DuArt’s optical printing department, which led to DuArt’s preeminence in 16mm-to-35mm blow-ups and breakthroughs in Super16. We bought a S16 Aaton along with Cooke and Zeiss lenses, for example, which he lent to filmmakers. In my role as director of new technology, I built a unique camera and lens testing facility—his idea—featuring the first lens test projector in New York. We offered the filmmaker or DP a free clinical analysis of their gear before they shot 16mm for blow-up. There was much more, of course, but I’ll conclude by highlighting DuArt’s informational seminar series, popular in the 1970s and 1980s when information about new film stocks and techniques was scarce as hens teeth. Again, Irwin’s idea.

In all of this, Irwin was informed by the filmmaking struggles of his older brother, screenwriter, cinematographer, and director Robert M. Young, with whom he was remarkably close. “Bob,” who co-wrote and photographed the indie classic Nothing But A Man, has often been called the godfather of American independent filmmaking. But in truth, indie film of that era had two godparents, brothers no less. Goodbye, my dear friend. — David Leitner

Both whimsical and practical in his approach, Irwin always enjoyed chatting with me about all things IFP and IFFM-related — he was a great addition at all of our board meetings! I got to know him first as the Associate Market Director of the 1988 IFFM and then as Market Director of ’89…he was unwavering in his support for the IFFM and helped many filmmakers get their films finished for our annual event.

Along with John Spence from Kodak, Irwin was a main instigator in the creation of Filmmaker Magazine. The IFP published The Off-Hollywood Report, which James Schamus and then Scott Macaulay edited, and IFP West (now FIND) published Montage, edited by Holly Willis. Always supportive, Irwin, of course, placed ads in both publications. At the 1990 Sundance Film Festival we had a joint board meeting of the two organizations (a few of the other “chapter” folks from other IFPs around the country were there as well). It was upstairs at what was once known as Z Place on Main Street. I was looking for a way for the different chapters of the IFP to collaborate and to get everyone to chip in money to offer their members “a subscription to a national publication.” Irwin stood up at the table and said something along the lines of, “I’m tired of spending money in two magazines! There should really be just one!” John Spence chimed in with the same. At the time, DuArt and Kodak were the bulk of our advertising! The result is that right after that meeting James Schamus, Kirby Dick, Howard Rodman and I were charged to talk about it. We went downstairs, sat around a table, talked a bit further and that’s where the initial idea of what became Filmmaker took hold.

I moved to L.A. in early ’90 and continued to lay out the business plan for the magazine on my Mac classic, and all along Irwin was a champion of the idea. I’m sure he pushed the two organizations he supported to let Scott, Holly and I, along with a few others, create Filmmaker. He took great pride in our early success, never failing to thank us for profiling the folks he was most excited to be in business with, and he loved seeing the magazine at festivals, on newsstands and getting his two boxes to put out on all the little tables around the Lab.

Irwin — a smiling man who never really could pronouce my name! — Karol Martesko

For more about DuArt and Young, watch this panel discussion featuring Leitner and other former DuArt employees.