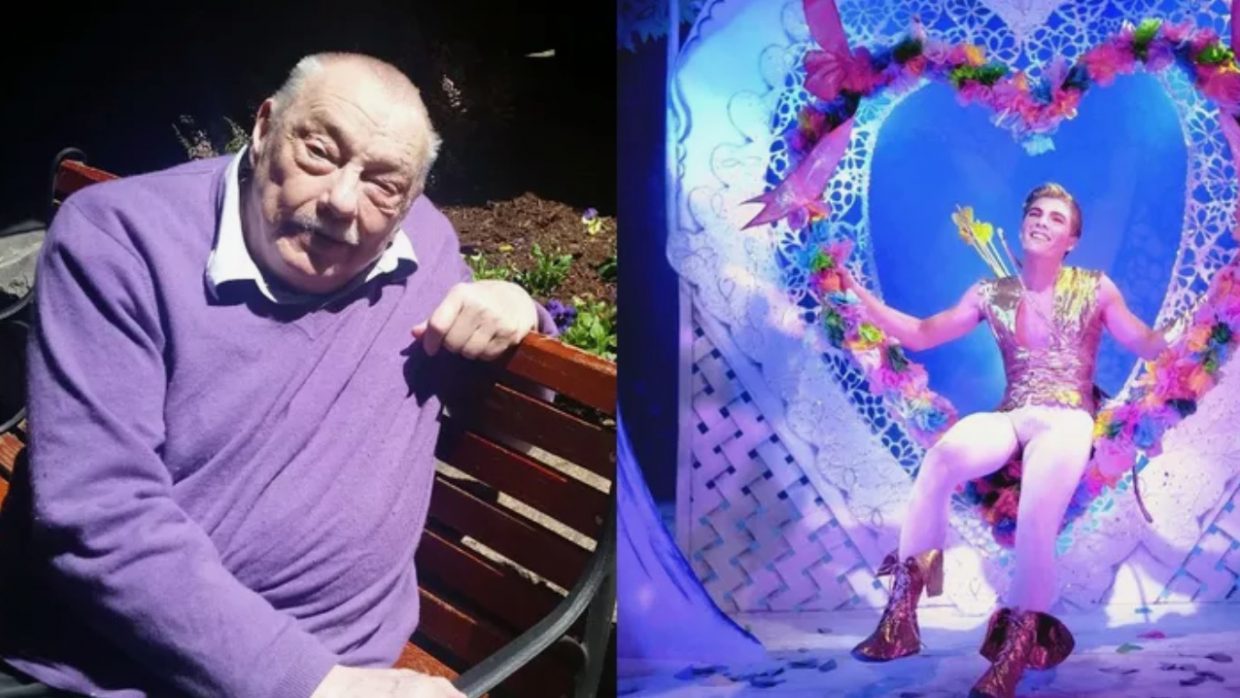 James Bidgood, the initially anonymous director of underground classic Pink Narcissus, died January 31 at the age of 88, and his estate’s executor, Kelly McKaig, is organizing a fundraiser to go towards both a memorial service as well as the collection and preservation of his various work.

From the GoFundMe page:

As an artist, Jim’s dreamy, candy-colored world of beautiful boys—so far from the hard-muscled, butch fantasies of Tom of Finland—was a revelation. While much of his work, like his landmark film Pink Narcissus, was created over 50 years ago, Jim remains an inspiration. Jim’s influence can be seen in the work of photographers like David La Chapelle and Pierre & Gilles.  Charli XCX exclaimed how she’s “really obsessed…with James Bidgood.” Olly Alexander called out Pink Narcissus as “amazing. I was so heavily influenced by that video.” And more than a few have cited Jim’s influence on Lil Nas X’s amazing videos.

Despite his many contributions to queer culture, Jim, like so many of our great gay artists of that time, was impoverished by the end of his life. Working out of his tiny, crowded, rent-stabilized West Village apartment, Jim saved every bolt of fabric, every box of glitter, every can of paint and every piece of paper he came across.  For the last 10 years, Jim rarely left his apartment.  He lived a quiet, frugal life. Unfortunately, Jim was unable to set aside monies to cover his funeral expenses and wind up his affairs. This is why I have started this gofundme page. I need your help in making Jim’s final wishes a reality.

At The Guardian, Oliver Basciano writes about the history of Pink Narcissus, including Bidgood’s dispute with its producers:

As much as the acting, the sensuality of these scenes comes from the washes of scenographic colour: the bullfighter pulls up his high boots amid a variety of purple hues; the cottaging spot is a monochrome of black and grey; Narcissus is shown in a boudoir of burning pink. The climax comes when the sex worker – a mop of dark curly hair, high cheek bones – plays both a Middle Eastern potentate and his catamite, entertained by an increasingly energetic male belly dancer, the latter’s erection barely covered in a sheer veil.

In 1999, James Bidgood, who died on Monday aged 88, was revealed as the author of this underground classic. The director had fallen out with the producers over the final cut of the movie and, despite having spent six years making it, meticulously building the sets and filming the entire thing in his Hell’s Kitchen apartment, he demanded his name be removed. The film, he said, was a portrait of his own dreams as a young gay man in New York.

Basciano goes on to cite how Bidgood’s work — both his film and photography — went on to influence the aforementioned other creators, while in a 2006 interview at Bright Lights Film Journal by Sean Frederic Edgecomb, the artist himself discussed a few of his own influences:

Well, it’s always about MGM musicals and all that kind of stuff. And a movie like The Red Shoes, which was at the time such a phenomenon. God, that picture! They tried to make it into a musical, but it bombed, Jule Styne wrote the music, and they tried it, because it’s really such a terribly corny story … and it is so fabulous…. It’s about a girl that’s in a ballet that they do called “The Red Shoes” [with Russian accent], the Russian guy, the director of the ballet “The Red Shoes,” and it’s about a girl who puts on these magic red shoes and then dances to death … cause she can’t take them off. And that’s pretty much … what the movie is about…. She ends up dying in the end, but they still give the ballet but [whispers] with just the shoes!… [gasps] So then he comes out and cries, oh, it’s so fabulous…. But the color! There had never been a movie with color like that. They did such wonderful things, it was like gelatin floating down, like gelatin, oh, like floating down! It was incredible! I don’t know that there is even a decent [print]. I’m sure they let it go to hell, you know, nobody cared about anything like that, nobody thought it was art until it was too late.

To learn more and support the preservation of Bidgood’s work, visit the GoFundMe page.