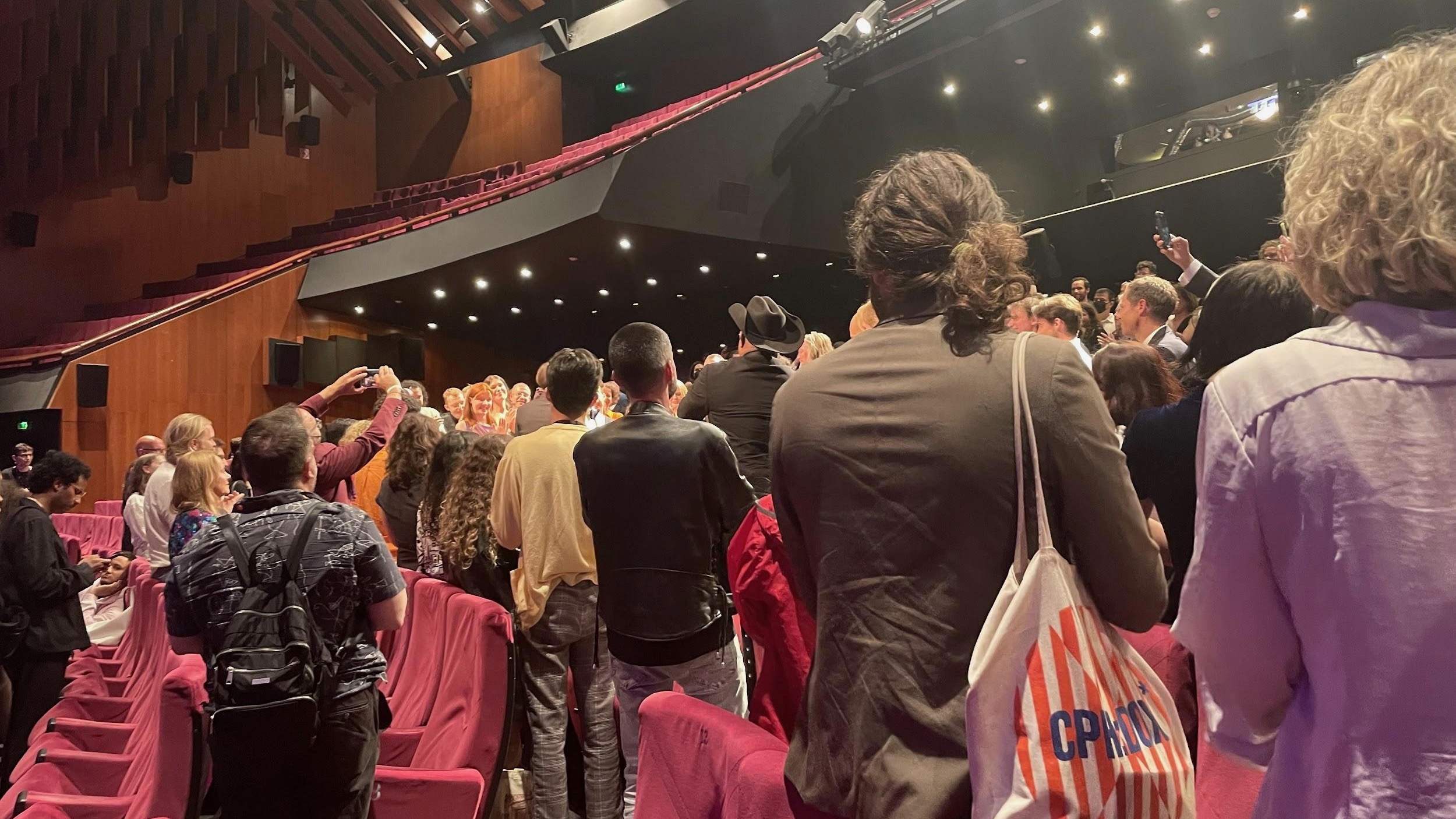 In the Lumiere theater at the Cannes Film Festival

Producer Sarah Winshall (We’re All Going to the World’s Fair) has been posting diary entries from her trip to the 2022 Cannes Film Festival. Read her previous reports here.

Don’t worry guys, I’ve gotten some rest and I’m feeling much better. In fact, I’ve been back home in Los Angeles two nights and both nights I dreamed I was still in Cannes. They were pleasant dreams in which my subconscious invented new films that everyone was excited to see, I bumped into new friends and was whisked off to various parties. In these dreams I’m rushing around but I’m not worried — I know my way and everyone is wearing brightly colored caftans.

Reflecting on my trip, the big takeaway is just how packed the festival is. It’s simultaneously a trade show, an industry convention, a film festival, a rave, and a pageant of wealth. The whole thing runs on FOMO. A lot of people attending might not go to a screening or attend a single party because every opportunity promises to be life-changing and doing it all would be impossible. I definitely took every opportunity i could: I jumped a barricade and snuck into the late night club, I went to a villa, had a million meetings and saw a bunch of movies. Jury’s still out on how much my life will be changed in the aftermath.

I have a few friends who are still there. They stayed until the awards ceremony and are now taking a Mediterranean vacation. It’s become their lifestyle. Maybe they’ll maintain it until the next edition. Maybe life is just killing time between festivals.

I see the appeal. There was a strange optimism in the air about the future of films. People wanted to say yes to each other: About making movies, liking the films in the program, having fun and new experiences. For all the pomp and circumstance, pretension and exhaustion, I am surprised how much the festival was a place of extreme openness to the new. Maybe because so many of the films almost nobody had seen before and we were drinking espresso on a yacht and David Cronenberg was in town with his cool sunglasses and so was a woman wearing a dress made of actual gold and live flowers. I’ll be curious to see if any of the talking and partying actually brings opportunity to make new work. Or if it was just a great fun time when we could all enjoy each other’s company. Either way, count me in for the next one.