Read Interviews With The 2021-22 Student Short Film Showcase Winners, a Collaborative Award From The Gotham, JetBlue and Focus Features 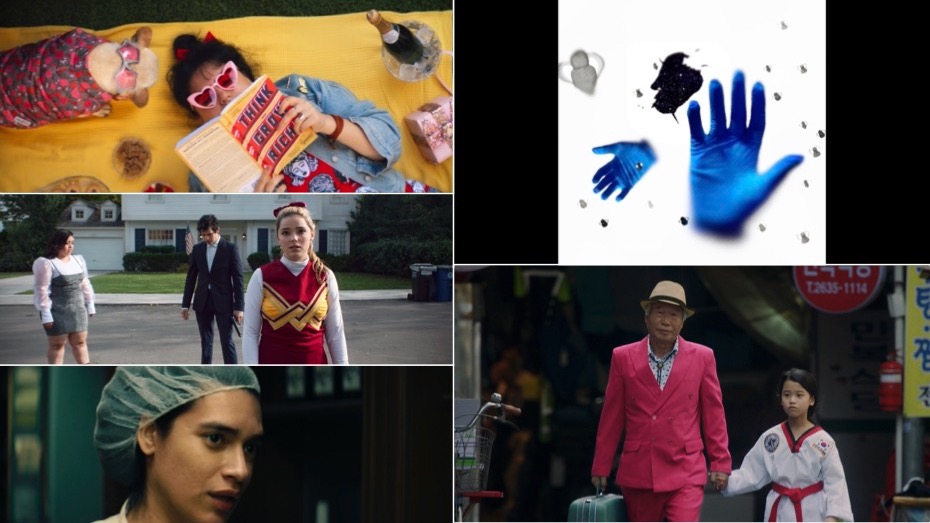 The winners of the third annual Student Short Film Showcase, a collaborative award bestowed by The Gotham, JetBlue and Focus Features, are currently available to stream here at Filmmaker, on Focus Features’s YouTube channel and in the air as part of JetBlue’s in-flight entertainment selection.

More than 20 graduate film schools submitted works to be considered for the Student Short Film Showcase, and the winners selected for the 2021-22 slate hail from diverse backgrounds and schools across the country. Columbia College Chicago grad Akanksha Cruczynski creates an amusing yet melancholy work of autofiction with Close Ties to Home Country, which stars Cruczynski as a loose version of herself on a fraught dog sitting assignment. Jun Hee Han, who graduated with an MFA from UCLA’s directing program, paints a portrait of a dysfunctional family that owns a run-down Seoul porn theater in Uncle, with particular emphasis on a strained father/daughter relationship. Ambitious first-time animator Evan Bode (literally) molds an abstract manifesto deriding gender essentialism and rigid binaries in Thine Own Self, a product of his ongoing studies at Syracuse University. AFI Conservatory alumnus Jorge G. Camarena casts rising actress Carlie Guevara in Spaceship, his short film that chronicles a single trans mother and the fantastical coping mechanism she employs to shelter her daughter from the gravity of their financial and social struggles. Finally, social media acts as a catalyst for social justice in bi-coastal former film student (a graduate of Columbia University and USC) J. Sean Smith’s #Whitina, which follows one white-passing Latina who goes on the run after she and her culturally Chicano neighbors have an ill-fated encounter with trigger-happy ICE officers.

In a press release, The Gotham’s Executive Director Jeffrey Sharp said, “The Short Film Showcase has introduced us to an incredible array of talent, and we’re delighted to be working with even more universities this year. As we operate this program year over year, it’s thrilling to witness the continued success of the young filmmakers we support—for example UCLA’s Kristi Hoi, whose short No Law, No Heaven was one of last year’s Showcase winners and a recent winner of a 2021 Student Academy Award. The Gotham is proud to provide mentorship and facilitate distribution through this inclusive program, and to be joined by our returning partners, JetBlue and Focus Features.”

Focus Features Chairman Peter Kujawski added, “We’ve been so inspired by the bold and innovative work we’ve seen from students and recent graduates. It’s an honor to be able to bolster such talented and diverse filmmakers at the start of their careers and to provide a platform for them to reach a wider audience.”

“As New York’s hometown airline, we could not be prouder to support the prolific and diverse talent this city champions,” commented JetBlue’s director of product development Mariya Stoyanova. “We are excited to continue our partnership with The Gotham Film & Media Institute, and look forward to continuing to use our library of inflight entertainment as a discovery platform for the next generation of filmmakers.”

Read Filmmaker’s interviews with the winning short film directors below:

“To Be a Good Director Is To Be a Good Listener”: Jun Hee Han on His Student Short Film Showcase Winner Uncle

“Film Can Be a Powerful Medium for Disrupting Assumptions About What Is Normal”: Evan Bode on His Student Short Film Showcase Winner Thine Own Self

“I Believe That Filmmaking Is a Dream Capturing Machine”: Jorge G. Camarena on His Student Short Film Showcase Winner Spaceship

“The Stories I Tell Are Just a Way To Get To Know My True Self”: J. Sean Smith on Her Student Short Film Showcase Winner #Whitina