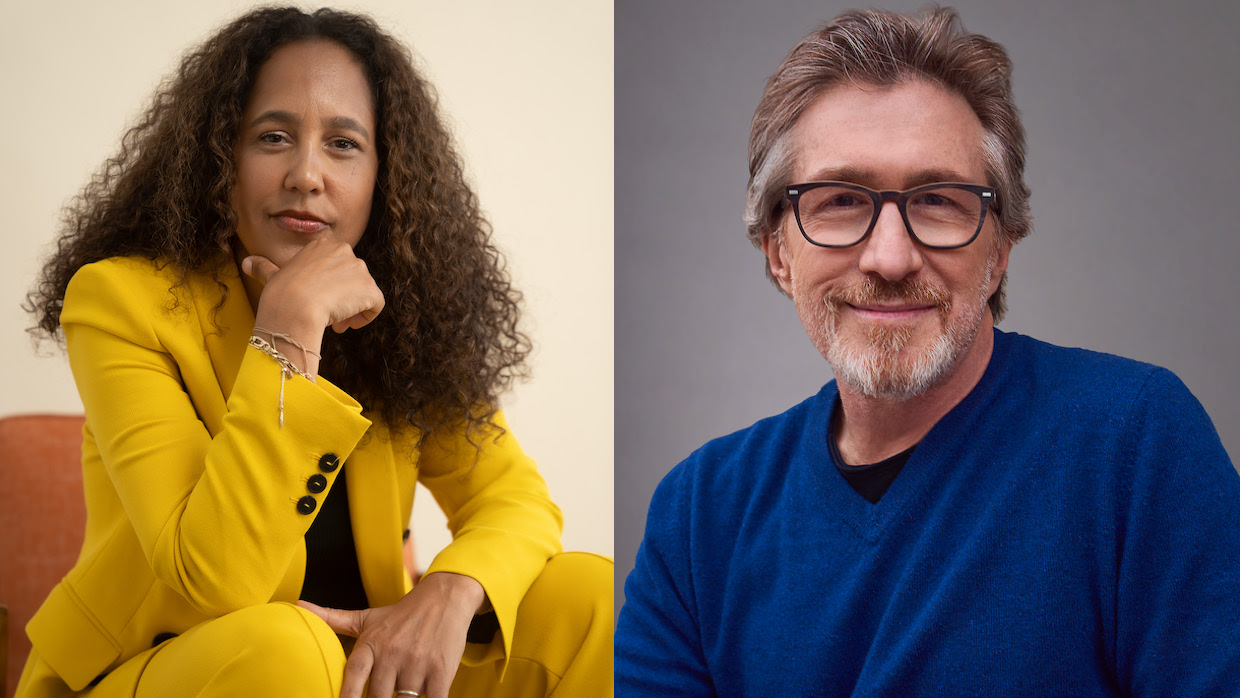 Gina Prince-Bythewood and Don Katz will receive the Filmmaker and Innovator Tributes at the 2022 Gotham Awards Ceremony.

by Filmmaker Staff
in Filmmaking
on Nov 9, 2022

Today, the Gotham Film & Media Institute announced that director/writer/producer Gina Prince-Bythewood will receive the Filmmaker Tribute while Audible, Inc. founder and executive chairman Don Katz will receive the Innovator Tribute during this year’s Gotham Awards. The 32nd edition of the ceremony will take place live and in-person on Monday, November 28 at Cipriani Wall Street in New York City. You can find our previous coverage on the Gotham Awards nominees here.

Prince-Bythewood recently directed the historical epic The Woman King, which hit U.S. theaters in September via Sony’s TriStar Pictures. The film centers on the Agojie, an all-woman military regiment that protected the West African kingdom of Dahomey during the 17th, 18th and 19th centuries. Starring Viola Davis, The Woman King takes place in 1820 as she trains the next generation of female warriors for combat. Prince-Bythewood is also well-known for her debut feature Love & Basketball, the literary adaptation The Secret Life of Bees, the romantic drama Beyond the Lights and the action blockbuster The Old Guard. Prince-Bythewood has also directed for television, most recently helming the pilot and serving as executive producer for ABC’s limited series Women of the Movement, which premiered this past January with six episodes. Prince-Bythewood directed the inaugural episode based on the life of Mamie Till-Mobley, who fought for justice after her son Emmett Till was brutally lynched in 1955 while visiting relatives in Mississippi. The filmmaker’s next project for television will be Genius: MLK/X, which will explore the formative years, differing philosophies and many accomplishments of Martin Luther King, Jr. and Malcolm X. Prince-Bythewood and her husband, Reggie Rock Bythewood, will serve as executive producers.

Jeffrey Sharp, Executive Director of The Gotham Film & Media Institute, stated in a press release that “Gina Prince-Bythewood is a visionary filmmaker and a champion of Black narratives, particularly stories that center around Black women. She has brilliantly tackled painful moments in our nation’s history, thorny philosophical debates, and love stories. From the beloved and burnished classic Love & Basketball to the pinnacle success of this year’s The Woman King, Gina is a true inspiration and it is a distinct honor to name her the recipient of this year’s Filmmaker Tribute.”

Don Katz, the recipient of this year’s Innovator Tribute, created Audible, Inc. and serves as its executive chairman. The audio storytelling platform commercialized the first portable digital audio player in 1997, four years before the iPod burst onto the scene. Before his tenure at Audible, Katz was a journalist and author for twenty years. His work has won a National Magazine Award, an Overseas Press Club Award, the Chicago Tribune Heartland Prize for Nonfiction, and was nominated for a National Book Critics Circle Award, among other prizes. Audible was publicly traded on NASDAQ until acquired by Amazon in 2008 and is now an Amazon subsidiary. Katz was the recipient of a Tribeca Disruptive Innovation Award, and in 2022 was celebrated as PEN America’s Business Visionary Honoree at its Literary Gala.

“As an author, a visionary entrepreneur, and a storytelling innovator, Don has created a new paradigm for IP development, production and distribution, while simultaneously disrupting the publishing, audio, film and TV industries,” added Sharp via the same release. “His commitment to urban renewal, diversity, equity, and inclusion anticipated the contemporary social justice movement in Corporate America by several decades and stands as a model for future founders and CEO’s. Under Don’s leadership, Audible has become an important collaborator to The Gotham in supporting emerging voices in audio. We are incredibly grateful to Don for his leadership and powerful support.”

Projects produced via these deals will join a series of Audible Originals including the #1 New York Times best-selling audio fiction The Sandman and The Sandman: Act II from Neil Gaiman, performed by James McAvoy; The Miranda Obsession performed and produced by Rachel Brosnahan; Living Legend, a new Words + Music original by John Legend; The Big Lie from Fresh Produce and featuring Jon Hamm; Climate of Change with Cate Blanchett; Summer of ’85 from SBH; Seat at the Table from Marcus Samuelsson; The Method from James Patterson and featuring Zachary Quinto; Letters from Camp from Jamie Lee Curtis; Skybound’s Impact Winter; and Broadway Video’s Hot White Heist directed by Alan Cumming and starring an all-queer cast led by Bowen Yang.