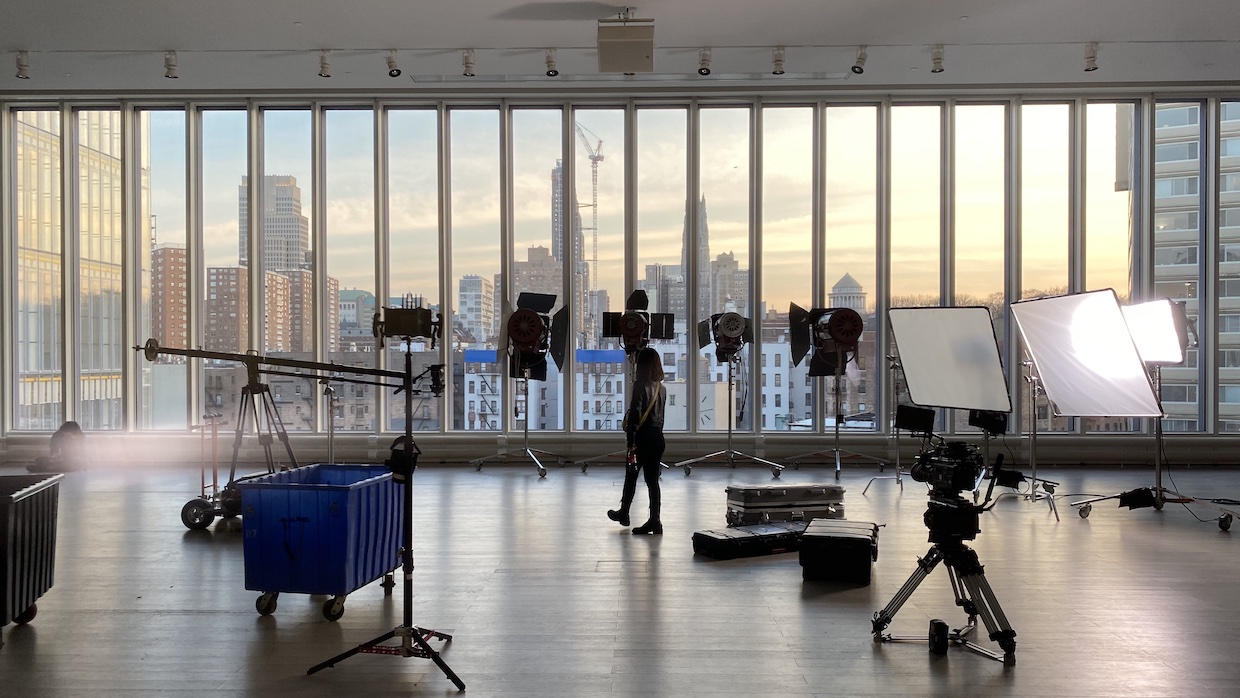 Columbia University School of the Arts is proud to announce a new addition to the Film MFA Program: the Writing for Film & Television concentration. This three-year program is designed specifically for students whose main focus is writing.

“Columbia is known around the world as ‘the story school.’ We believe storytelling should underpin every aspect of filmmaking—because platforms and technology may change, but story is eternal,” said Associate Professor of Professional Practice and Chair of the Film Program, Jack Lechner. “Writing For Film & Television is for passionate storytellers who want to pursue an intensive writing program in a collaborative and empowering environment.”

Writing for Film & Television, which will be led initially by Professor of Professional Practice and Screenwriting Concentration Head Christina Lazaridi (Nobody’s Watching, Coming Up Roses), builds on the established traditions, practices, and academic rigor that make Columbia one of the leading film MFA programs in the country, adapting to meet the ever changing needs of students and the industry. Through a dynamic curriculum with a classical approach to storytelling taught by industry-leading professionals, this new concentration seeks to help each student establish their personal voice.

“During my time at Columbia,” said Screenwriting and Directing alumnus Sherman Payne ’10 (Shameless, Razorblade Tears), “I learned how to craft narratives by putting characters first. Now, I’m confident that I can walk into any room in Hollywood and create stories in a way that will resonate with industry executives and viewers alike. Columbia empowered me to do that.”

Even with its strong focus on writing, the Writing for Film & Television program still aims to introduce students to the fundamentals of directing and producing, as well as set them up for future success. Students in all three Film concentrations share the first-year curriculum as well as some second-year electives. In this way, the Film MFA Program continues to actively encourage the development of professional collaborations that last throughout film school and beyond. By the time they leave the program, students will enter the film industry with not only a full creative portfolio of both feature screenplays and television scripts, but also working relationships with other filmmakers that will last a lifetime.

David Mar Steffanson (Katla, Trapped), also an alumnus of the Screenwriting and Directing concentration, credits his current success in the industry to this rigorous approach to both craft and relationship-building. “Studying screenwriting at Columbia wasn’t just about mastering structure,” he said. “It was about adopting and embracing a strict work ethic. Guided by some of the finest professors out there—and benefiting from the snowballing effects of student networking—I think it’s safe to say that I wouldn’t be a working screenwriter today if I hadn’t honed the craft in New York.”

Alumna Alies Sluiter ’20 (Aftertaste, Ayaan), who studied with many of these same faculty members, shared: “The professors I had the privilege of learning from at Columbia were pivotal in shaping who I am as a screenwriter.” Alumnus Ajani Jackson ’15 also credits his success as a screenwriter to his time at Columbia: “Columbia taught me the confidence, focus, precision, and discipline that evolved my talents into skills and helped me fulfill my potential,” he said. “I will always consider it one of the best decisions I have made.”

See what faculty members are saying about the new concentration here.

Interested in applying to the Writing for Film & Television concentration? Read more about the program, curriculum, and application requirements here.